A day with the Pod 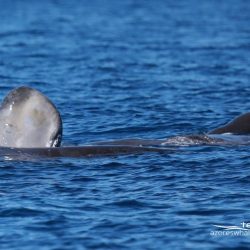 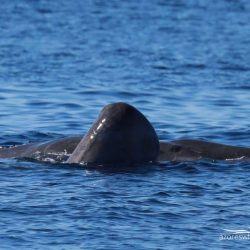 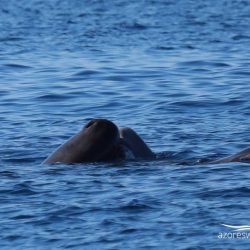 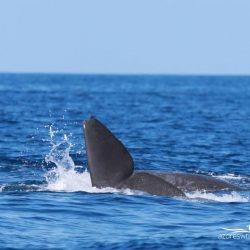 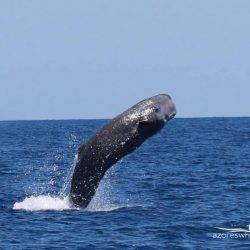 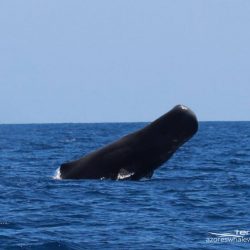 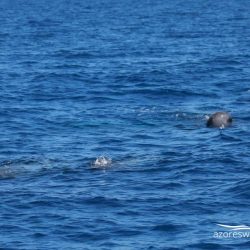 Yesterday we had the incredible opportunity to glimpse into the intimacy of a matriarchal pod of Sperm Whales (Physeter macrocephalus)!!!

In the morning the group, composed of six adults and juveniles whales, was socializing at the surface. This activity consists in rubbing to each other and vocalizing. That is, our skipper Nuno has been able to record about 10 minutes of their amazing sequences of clicks, also called ‘codas’. If you wonder how does a ‘conversation’ between Sperm Whales sounds, just press play down here and enjoy one of yesterday recordings! 😀 😀 😀

What happened in the afternoon was even more astonishing. We found part of the same group, as we spotted again one of the individuals with a very characteristic fluke missing one of the extremities (see pictures above). A calf was patiently waiting for its mother at the surface. Most likely she was in the depths feeding on squids. At some point, several individuals started to appear all around our boat. Sperm Whales often dive together to feed but hunt individually, so they might emerge at distance between each other. I was just telling our guests that Sperm Whale rarely breach, when the calf made a little splash not far from us…and there was its mum, emerging at distance from her calf in the most impressive way!!! She breached three times and guess what: her calf breached three times too just after her!!! You can learn more about this cetacean behavior in our previous post here  🙂 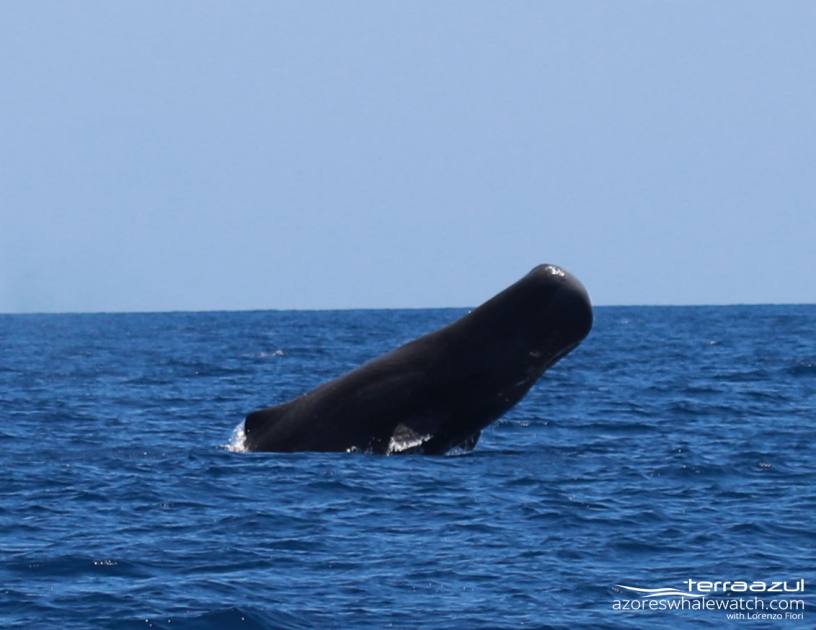 Mother Sperm Whale (Physeter macrocephalus) ‘takes off” a second time next to Terra Azul boat it what seemed a way to communicate her return at the surface to the calf waiting for her. 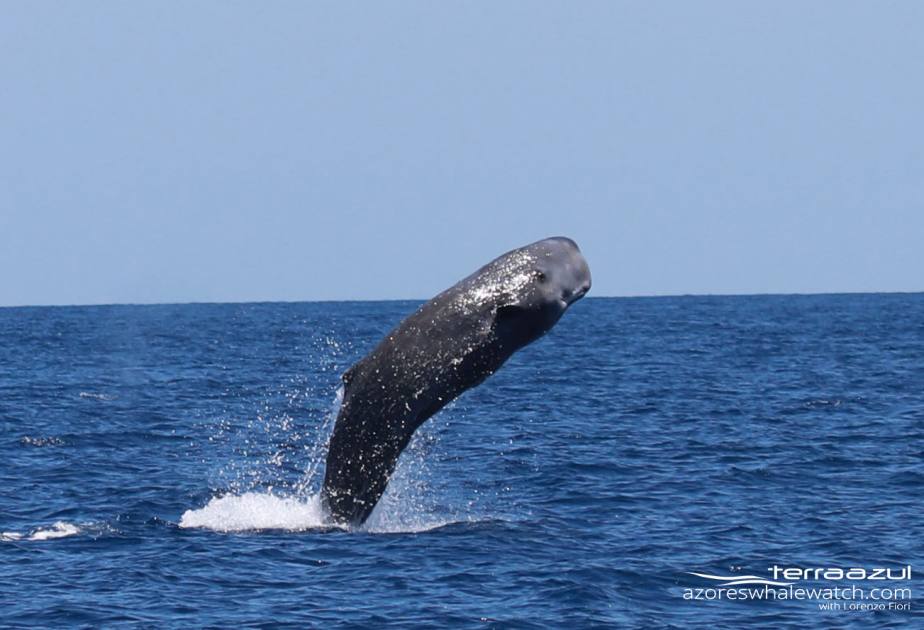 And her calf did not wait long to show that it can do that too! He repeated exactly the same number of breaches.

But the surprises were not over yet! Before to slowly travel away, the mother and calf were joined by another mother-calf pair and a juvenile individual and they turn their attention to us! Yes, you read well, they slowly approached with their bumpy heads up in the air, probably scanning our crew and guests. They slowly gave a good look at Terra Azul boat to then keep taking care of their young.

On the way back to our ‘reality’, we even had the chance to see two large pods of Pilot Whales (Globicephala spp.) and Risso’s Dolphins (Grampus griseus). 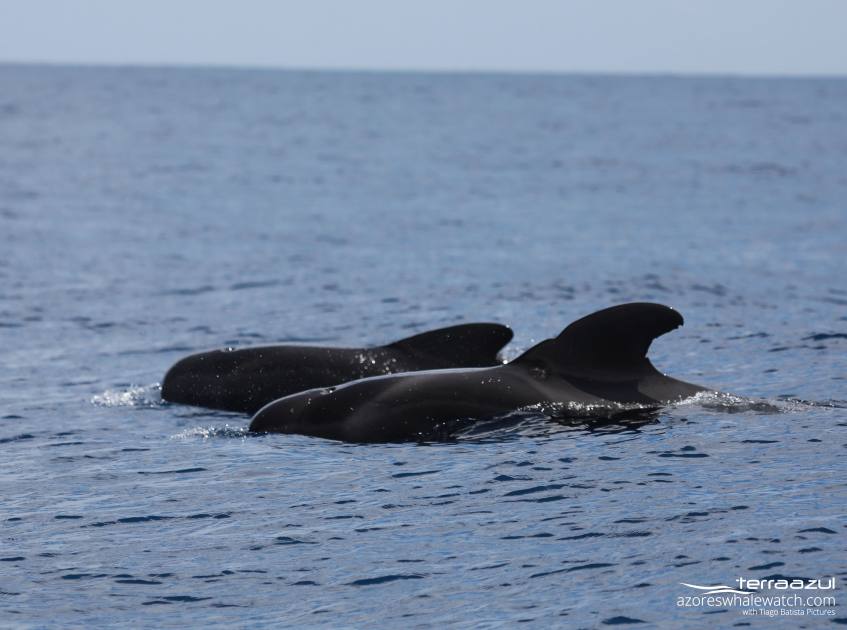 This Pilot Whale (Globicephala spp.) large male has evident notches on its fin and will be matched to MONICET catalogue. 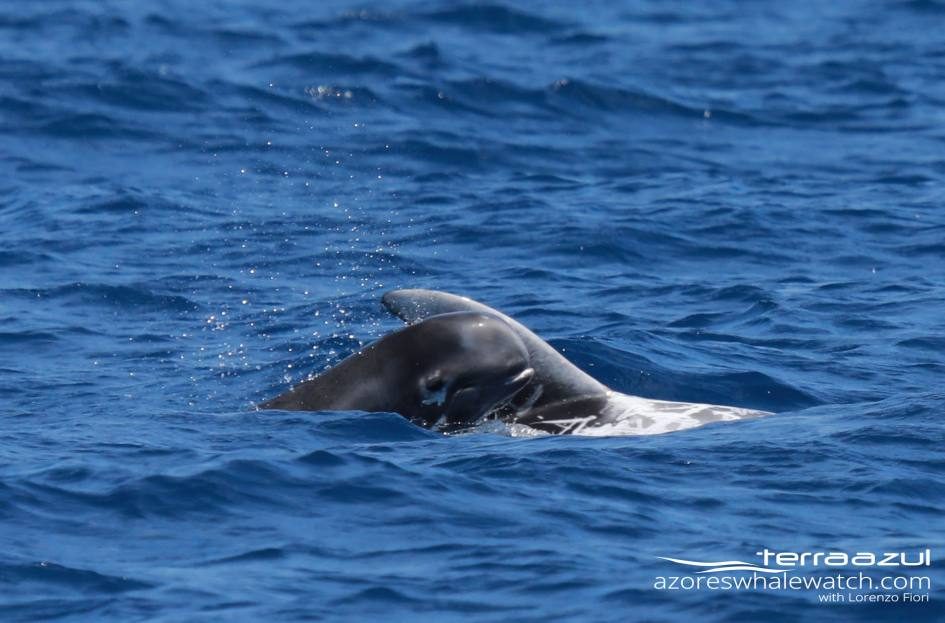 A calf of Risso’s Dolphin (Grampus griseus) emerges next to its mother. Its skin will soon gain the first scars and become lighter. The group was around hundred individual strong and many calves were sighted, some probably only few weeks old. 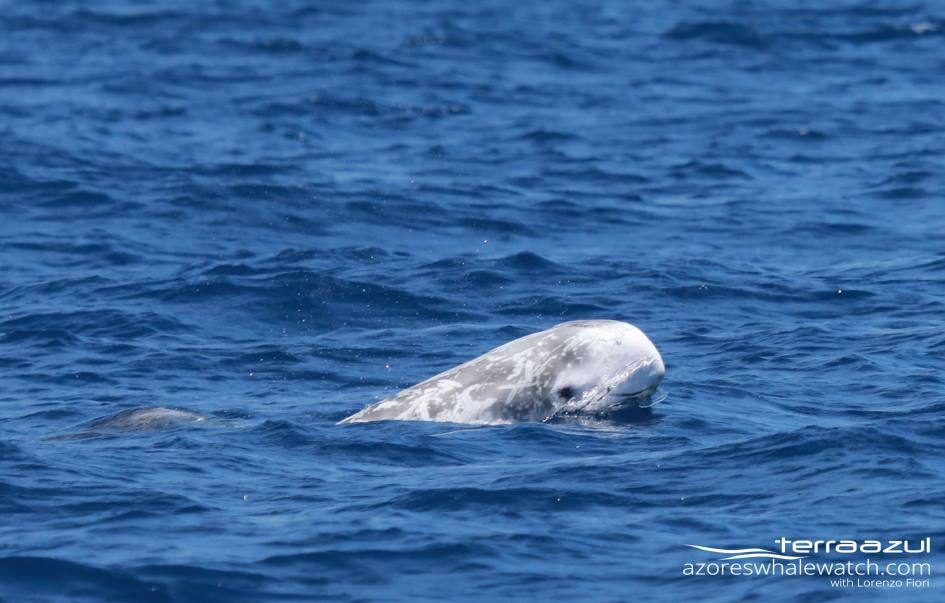 What to say, THIS IS AZORES! 🙂