We were lucky today! As soon as we were out we noticed the sea was finally flat again! Our guide Milou saw a big blow appearing far away right in front of Santa Maria island silhouet. As we got closer also a group of Common dolphins came to say hi, so we made a short 1 minute stop to take advantage of showing our people the sighting.

Then, skipper Tiago went on speed mode and flee straight for the Whale zone. Our lookout said he saw a baby Fin whale jumping out a couple of times, so it was a very excited moment to know if it would happen again. Fin whales rarely jump, which is understandable with their huge body size and weight. But babies are more flexible and still practicing their moves, so it does happen sometimes (of course when nobody is looking except the lookout 😉 ) 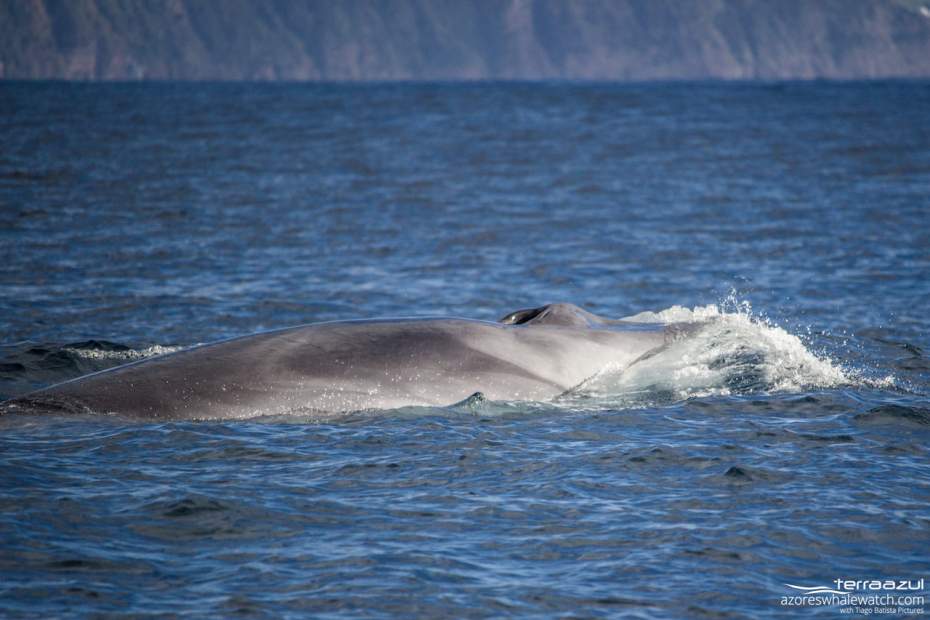 There she is! Mother Fin whale

Mother and baby came up to breath many times, each time taking about 4-5 breaths before taking a deeper breath and disappearing for a few minutes. The dives were never very long and deep, as there was a baby present, and that little one cannot stay down for too much time.

After seeing the whales many, many times, we left the area with a fulfilled feeling and gave some space for other boats to watch them too. Everybody on its turn so that we are not with too many around them at the same time. 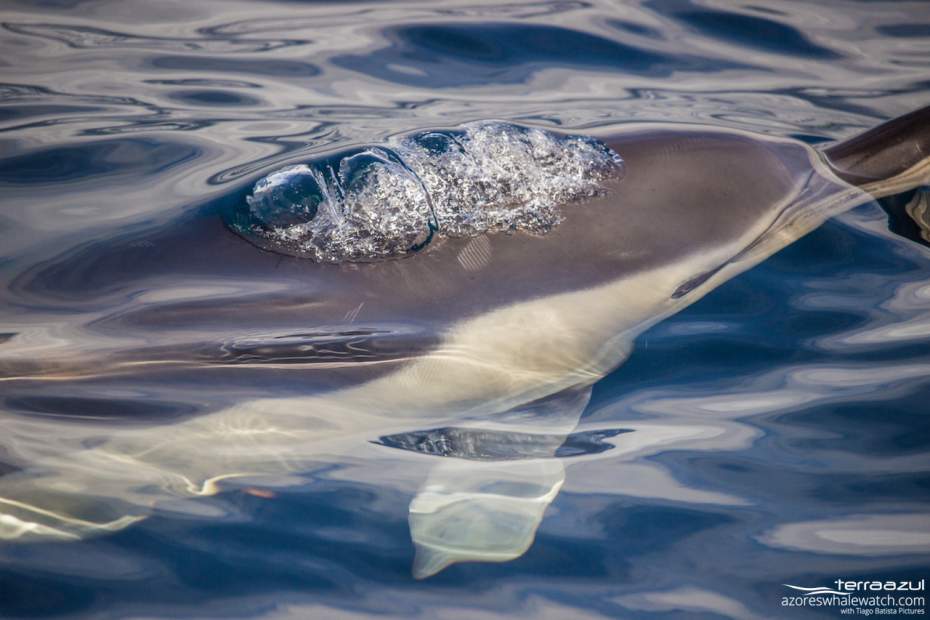 Common dolphins in the clear water of today.

Heading back, we found a group of  Common dolphins again and this time they were super active, wildly feeding on fish, jumping around and following us. It seemed like they had a plan with our boat as they could not stop speeding towards us and turning their heads away on the last moment. Also the usual speed competition took place and the dolphins won again! They have been measured to swim up to speeds of at least 60KM per hour!