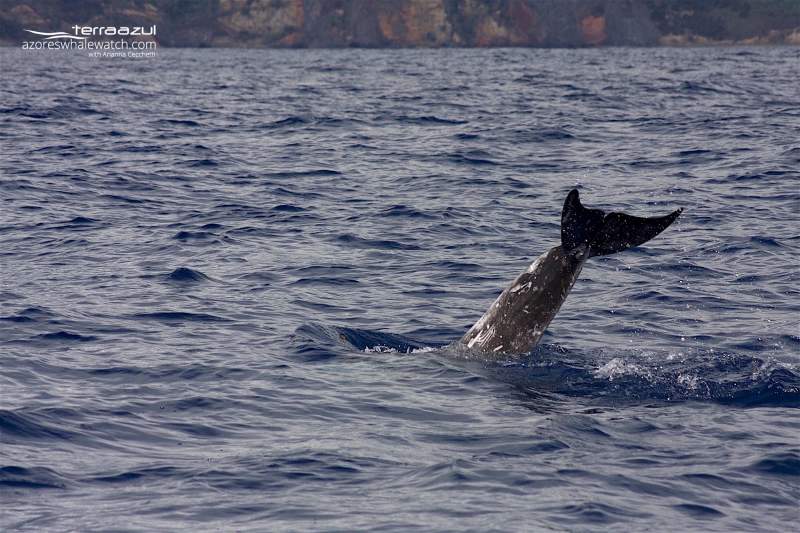 What a great variety of dolphins today in all possible shapes, colours and behaviours!

The Risso’s dolphins were particularly entertaining as the small group was busy playing and socializing, maybe because it was mostly composed by young individuals. This time the typical white shadow, which distinguish this species when swim just below the surface, was visible for only two individuals as the others were still dark and with few scars. There was a lot of body contact and rolling sideway, synchronized dives and chasing. They were spotted off Ponta Garça, not an unusual place for this species, likely because of the steeper coast that allows deeper water at short distance from the shore. Risso’s dolphins, in fact, can dive deeper than other species in order to catch squids, their favourite food. 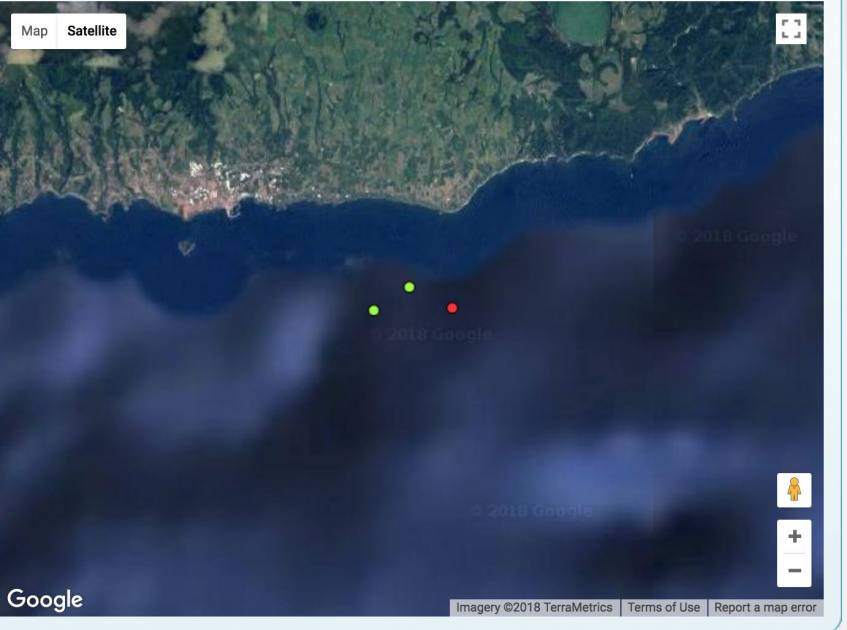 On the other hand, the common dolphins were behaving like Risso’s dolphins, more elusive and very keen on diving for prolonged periods, likely searching for schooling fishes not far from where we spotted the Risso’s dolphins (see map).

Earlier in the morning the bottlenose, the striped and the Atlantic spotted dolphin completed the list of dolphin species. Days like this are good to make us appreciate and remind us about the great diversity the dolphin family has to offer to whale watchers 😉 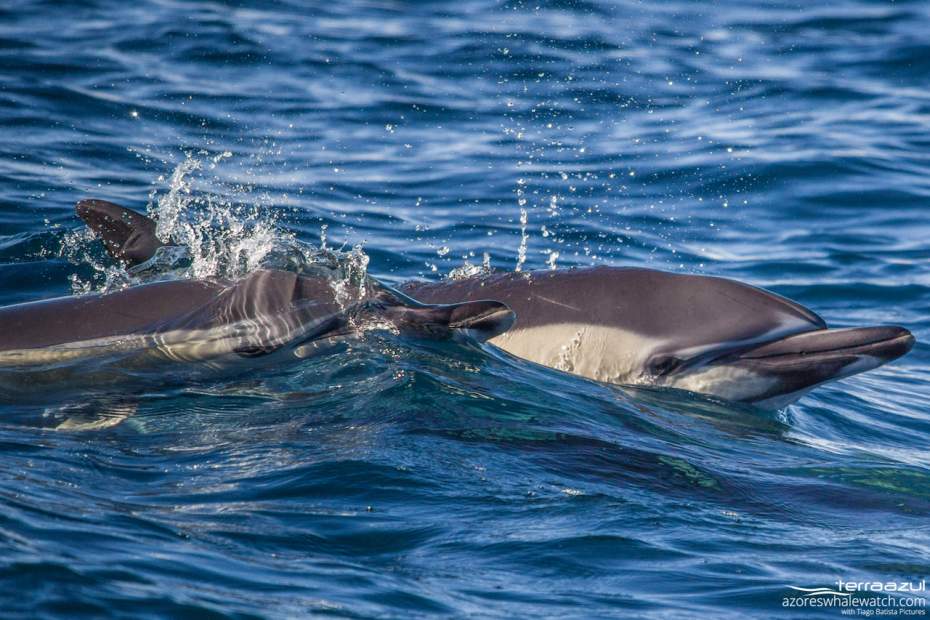 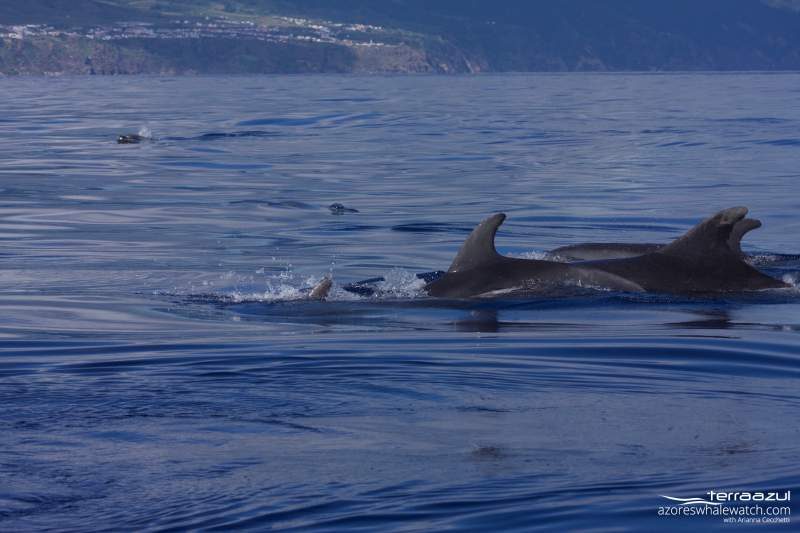