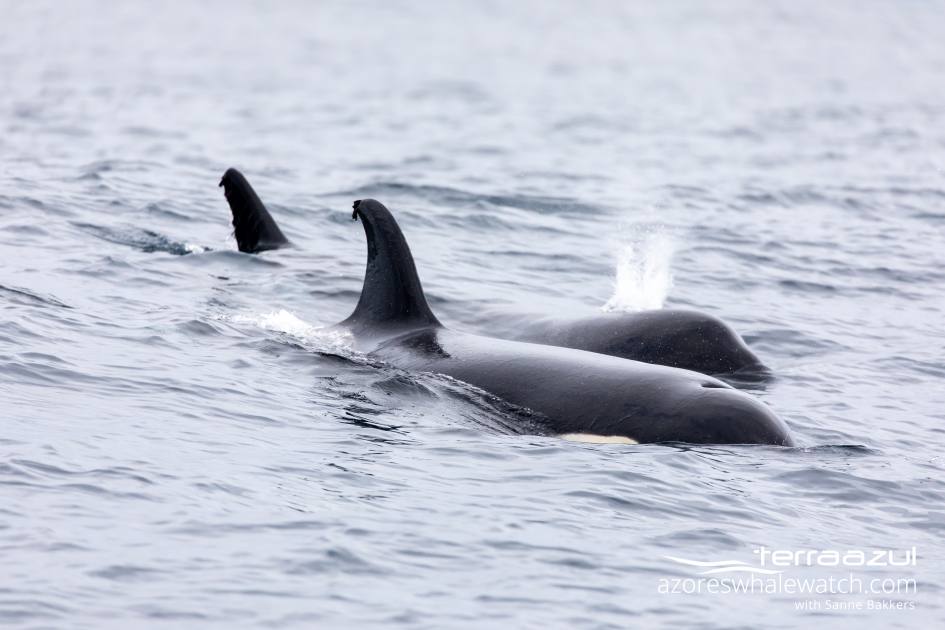 Ooh-la-la, the 8th of January turned into a magical day for our whale watchers! As we left the harbour of Vila Franca do Campo, we crossed the Princess Ring Islet to make our way west. Our first destination: a pod of Common Dolphins (Delphinus delphis). The group we encountered consisted of around 30 dolphins, including adult males (easily recognised by their peduncle keels), adult females, and juveniles. Looking at the way they were moving around the area, the dolphins might have been foraging for fish. Common dolphins are one of the most frequently sighted cetacean species in the Azores, and, thanks to their beautiful markings and energetic nature, they often bring “colour” to our winter days. 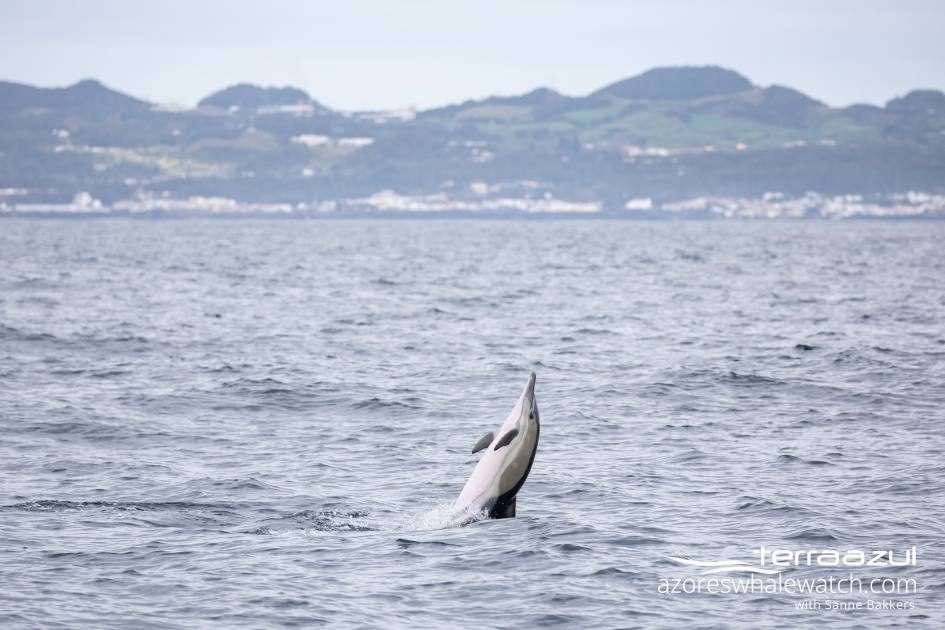 Common dolphin (Delphinus delphis) leaping out of the water.

After our pleasant encounter with common dolphins, we still had a lot of time left to search for something else. Following the directions of our lookout Nicole, we ventured further away from the coast. We were in for something special, though we did not know at that moment. We ended up 13 miles away from Vila Franca do Campo. Waiting in relatively calm seas for another species of dolphin to appear on the surface. Perhaps bottlenose dolphins or Risso’s dolphins? While some of our guests required a quick bathroom break, a tall fin appeared in the distance. A dorsal fin taller than any bottlenose dolphin or Risso’s dolphin fin…that’s when the suspicion kicked in…COULD IT BE?!?! They are a rare sighting in the Azores; loved by many; and we almost lose our minds when we hear their name on the radio…could it really be ORCAS?!?! Our suspicion soon became reality! Four Orcas or Killer Whales (Orcinus orca) passing through Azorean waters, south of São Miguel Island. 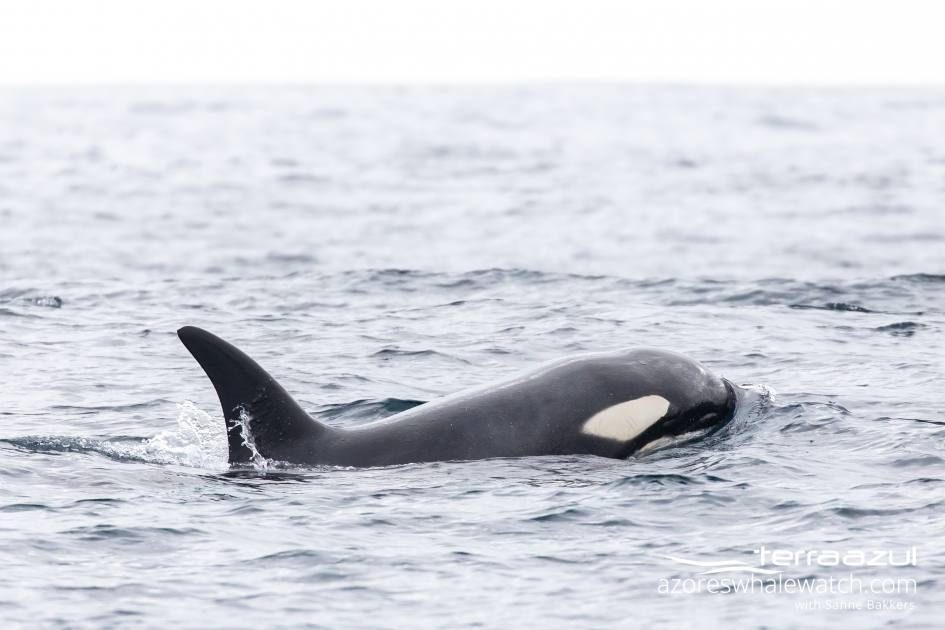 Based on body sizes and the height and shape of the dorsal fins, this group probably consisted of an adult female, a juvenile of unknown sex, a young male, and an adult male with an impressively tall dorsal fin. The orcas were diving regularly, swimming calmly, except for the youngest member. It popped up close to the boats a few times, and playfully slapped its fins on the surface. It is an incredible feeling to be in the vicinity of these powerful apex predators of the mid-Atlantic. The largest of all dolphin species. Time after time, again and again. 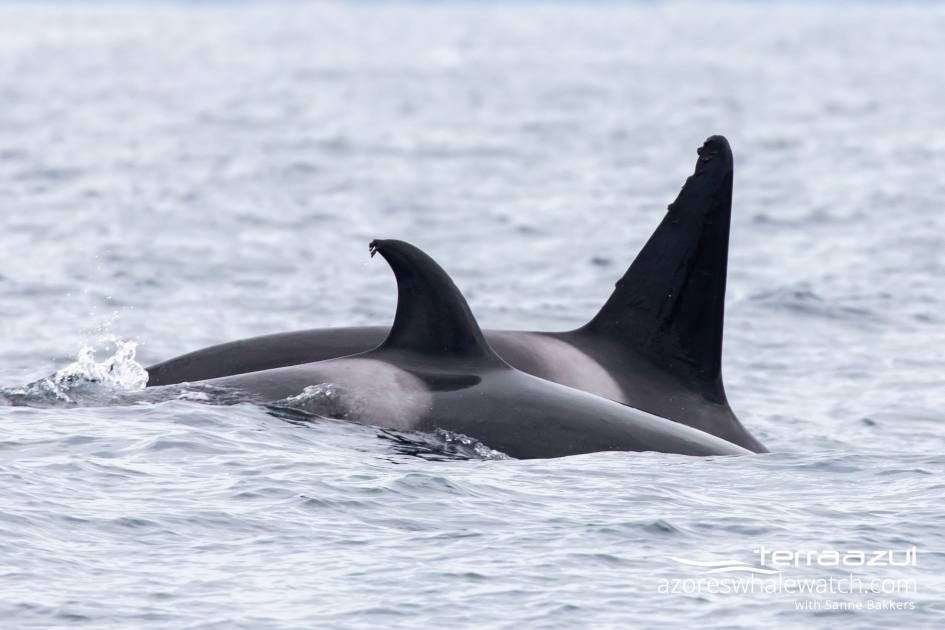 Two adult orcas: a female (foreground) and male (background). Notice in the marked difference in size and shape between male and female!

What a morning and what a way to start the new year!!! Orcas in the second week of January!!