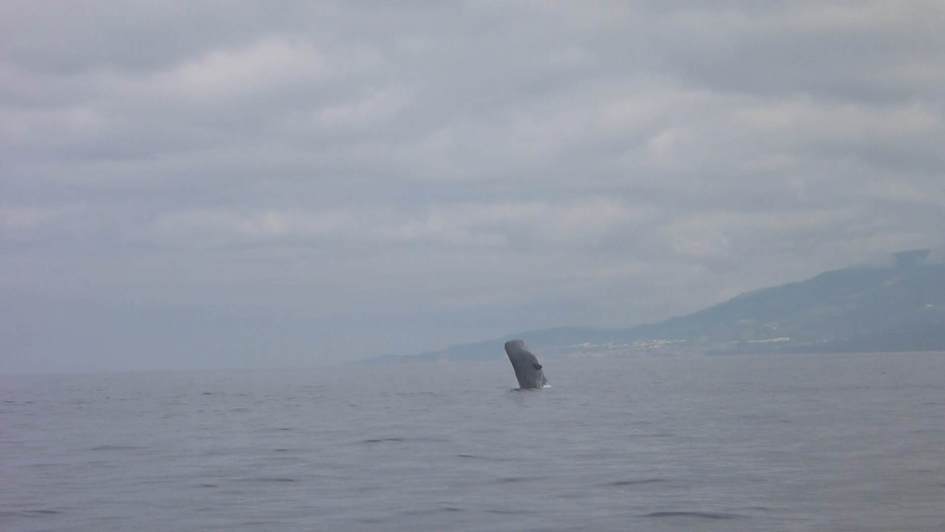 Hello dear friends of the whales and dolphins!

The sea this morning was a mirror, one can’t describe it otherwise! Perfect conditions to observe wildlife 🙂 The first species we observed this morning were Bottlenose dolphins (Tursiops truncatus). It was a quite big group, and we could hear them breathing while watching them coming up on different spots around the boat – some of them further away, some of them quite close! After approximately 10 minutes some of them even started to jump (remember that one really big and heavy one on the right side of the boat?).

We then heared really exciting news from our lookout – the group of short-finned Pilotwhales (Globicephala macrorhynchus) was still around! They were just beautiful to observe this morning, being really calm sometimes forming lines of individuals next to eachother. We also saw some juvenilles, which is always exciting! Some Portuguese Man O’ War were floating around aswell. 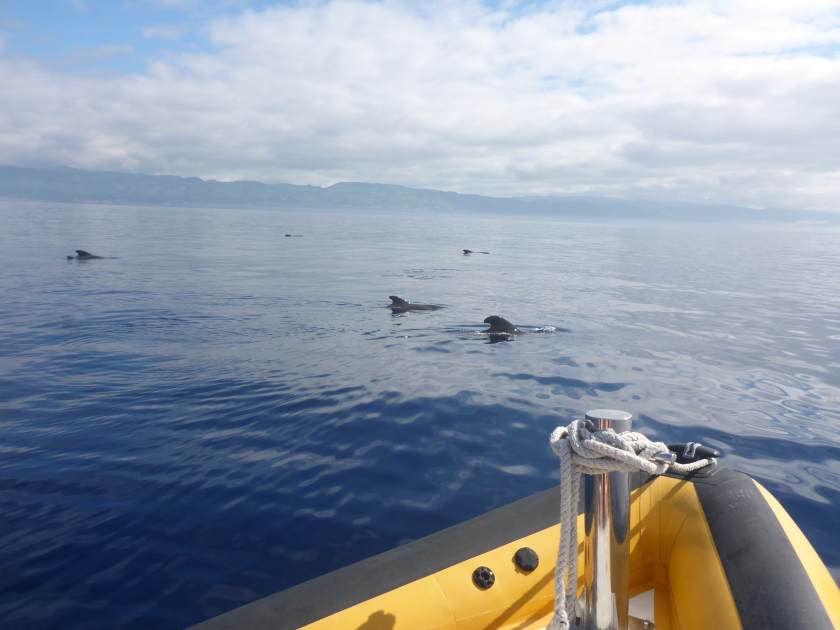 The Short-finned Pilotwhales this morning 🙂 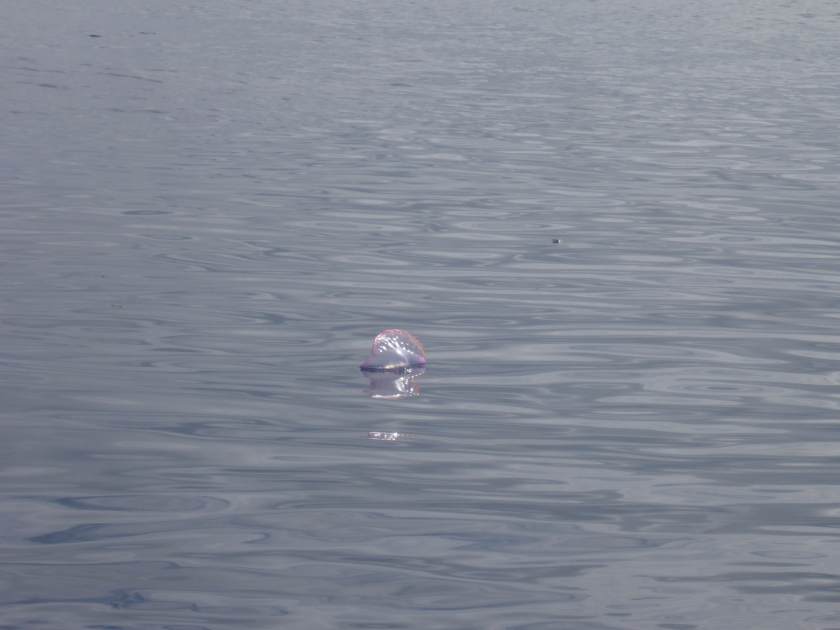 We then decided to drive more towards the east and closer to shore, hoping to see the spermwhale our lookout was spotting. We saw many other boats too and so when THE AMAZING JUMP happened, our sperm-whale friend had many spectators! It was absolutely breathtaking, seeing this massive animal jump vertically out of the water and even turning around mid-air! When whales jump this can be out of different reasons, like cleaning off old skin and parasites or drawing attention towards them by creating so much sound. The spermwhale this morning decided to jump several times so everyone could really see it happen! (Personally I can’t wait to receive the emails of some of you to see your best shots. Aah! :-))

After the wale dove, we decided that we will leave the area, so that there would be less pressure on that one animal. Time flies when having fun, so it was also time to drive around the little island in front of Vila Franca do Campo and end an amazing tour!