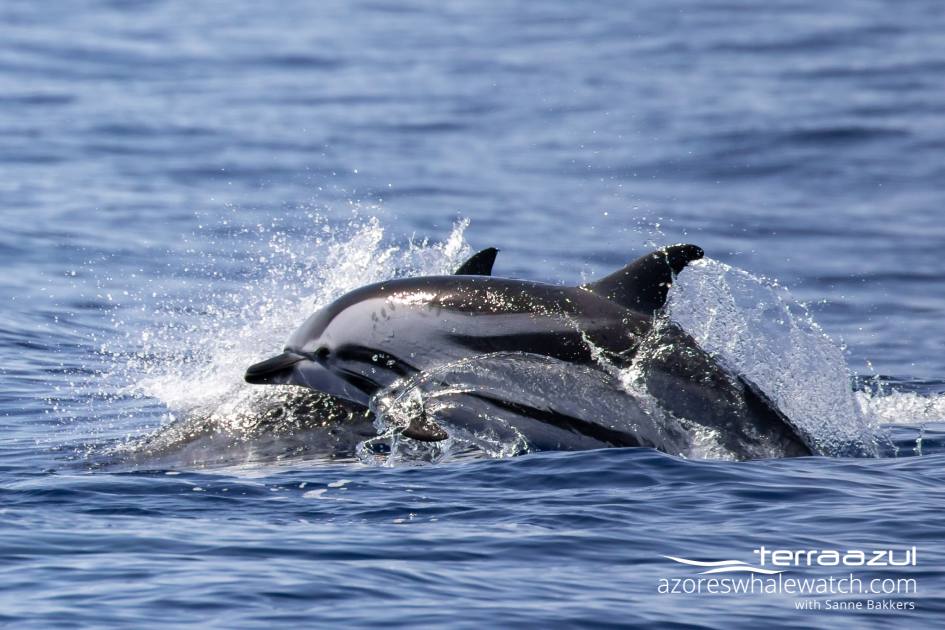 On today’s tour we had some amazing sightings.

Our lookout guided us towards an area so that we could first spot two female Sperm Whales (Physeter macrocephalus) logging and socialising together. As they went for a “shallow dive” we continued our tour and saw not too long after two bigger, Sperm Whales. While we were watching them, the two previously encountered females joined us and we had the chance to watch these 4 amazing animals at once. 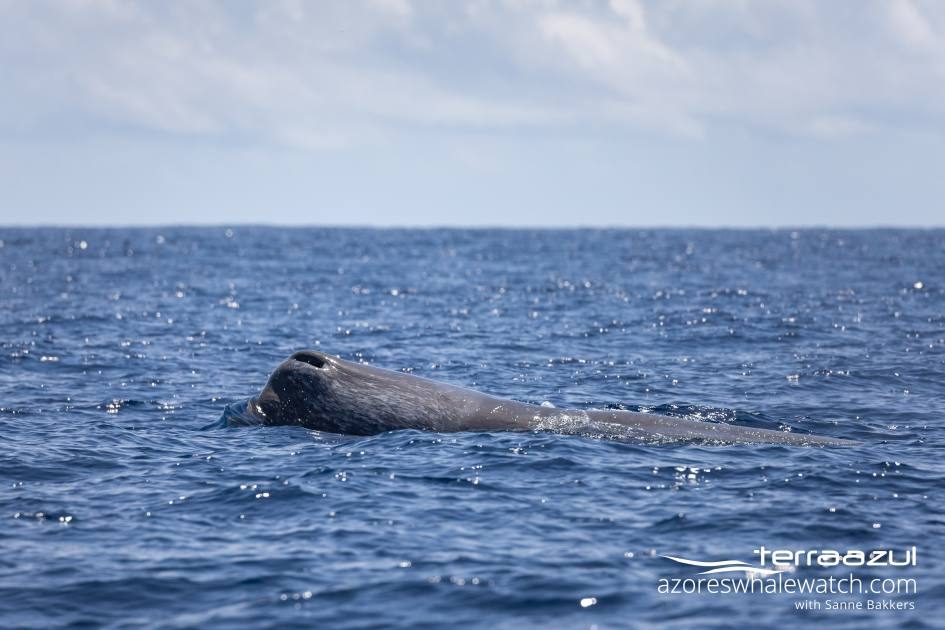 After that, we continued our tour and found a big pod of Bottlenose Dolphins (Tursiops truncatus) counting around 60 individuals. Part of the pod was made out of juveniles while there was also some very big adult specimens. Being less curious than the coastal breed, they came surprisingly close to us, riding the waves along our boat. 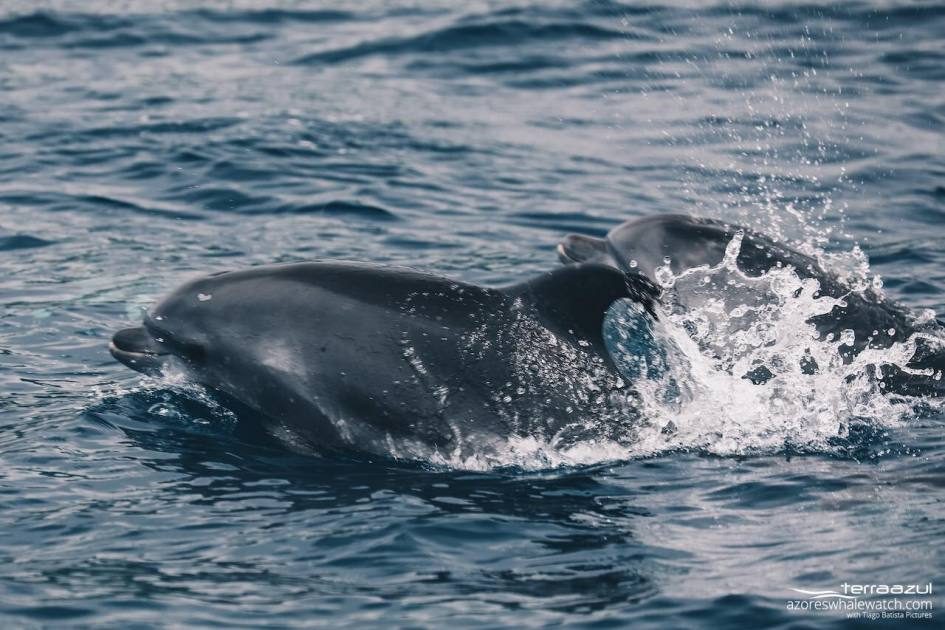 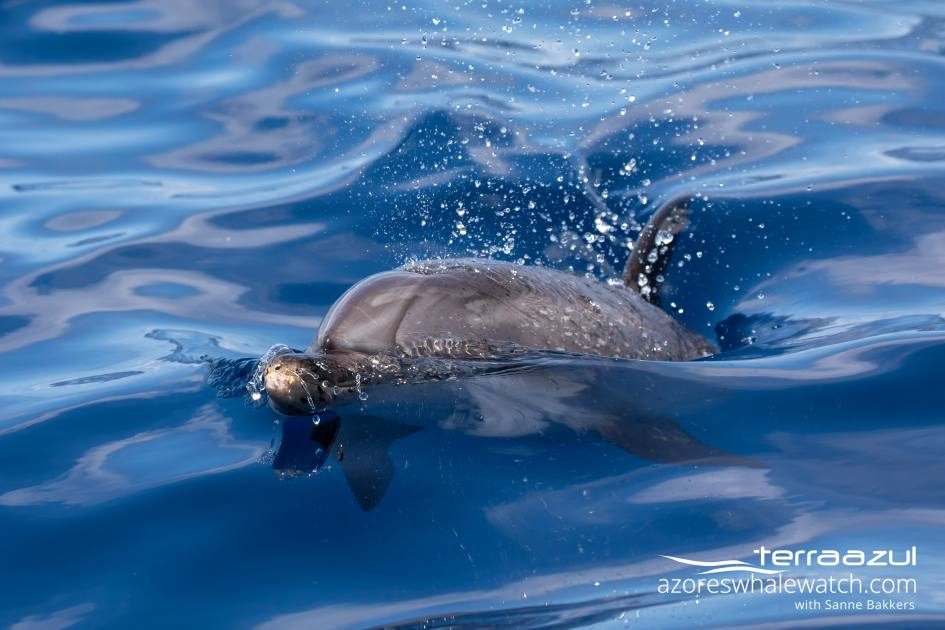 What an amazing adventure to see so many individuals swimming and jumping freely by our side.