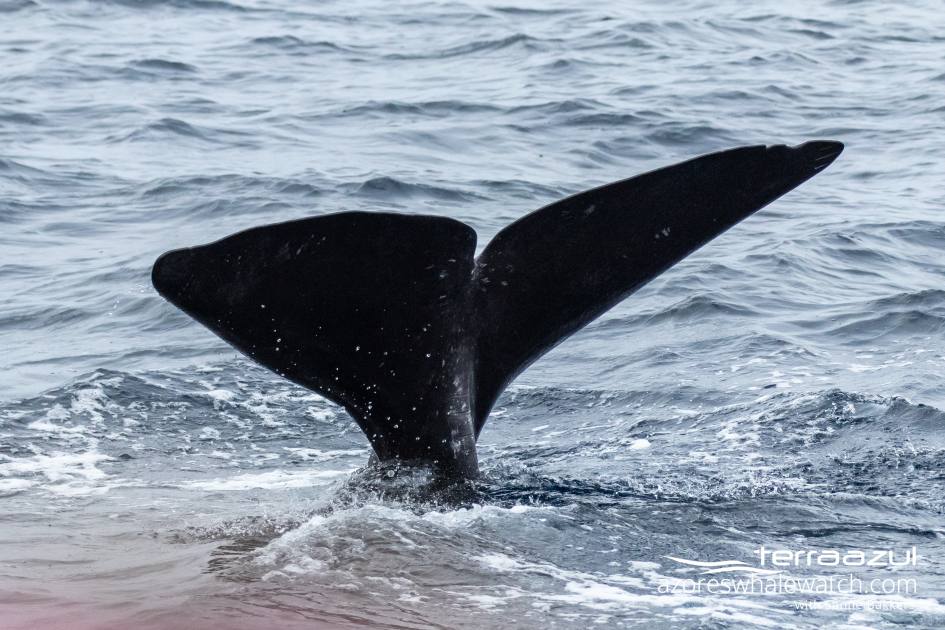 The November weather has been up and down. We’ve been alternating between long periods of bad weather and 1-2 days of favourable sea conditions. Today, after 9 long days on land, nature finally allowed us to visit the ocean again. It was a cloudy morning, almost completely overcast: grey sky, grey ocean…but our sightings were incredible!

The first encounter of the day served as a great reunion with a species we haven’t seen in quite a while: the Bottlenose Dolphin (Tursiops truncatus). The last time we saw this species on our tours was more than a month ago! Bottlenose dolphins are considered a “resident” species in the Azores, but in fact, they’re highly mobile animals and seem to have a large home range. Many of the individuals that pass through Azorean waters appear to be rather transient. They immigrate and emigrate out of our area, resulting in varying sighting frequencies across time. The group we encountered during today’s tour was a large one – about 50 individuals spread out over a wide area. The dolphins were travelling fast in an easterly direction. They most likely paused their travels at some point, because at the end of our tour, we encountered this group again not too far west from the Princess Ring Islet. 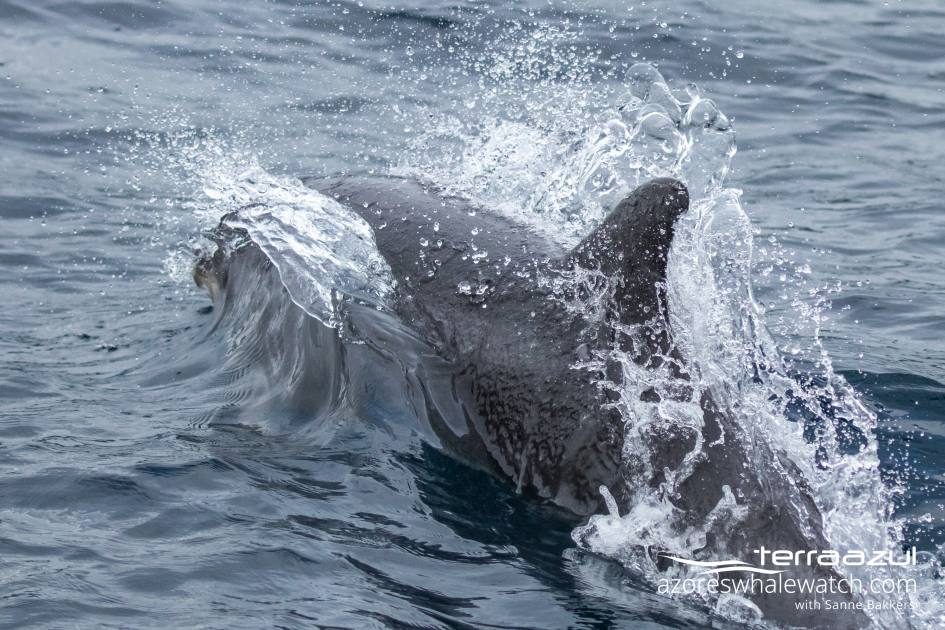 Bottlenose dolphin (Tursiops truncatus) heading for the bow of our boat.

Besides the dolphins, Nicole, our vigia, spotted two more cetacean species for us to visit. We first drove to an area with Sperm whales (Physeter macrocephalus). On our way we noticed movement on the surface. More dolphins? Not at all, two sperm whale calves alone at the surface! And we know what this means…. their family must be somewhere nearby! When sperm whale mothers go on a hunt, they regularly leave their calves at the surface. Sometimes alone, sometimes under the watchful eye of another family member. We dropped our non-directional hydrophone into the ocean, and immediately we heard the loud clicks of multiple sperm whales hunting in the deeps. We didn’t have to wait long for the first female to return to the surface. In total, we got to see three females and two calves.

The final species on our tour was an animal even larger than the sperm whale. The third largest whale on the planet, the Sei Whale (Balaenoptera borealis). She was a true gentle giant: one of the largest individuals we’ve seen this year, travelling slowly, coming up to breath only once every so many minutes. It’s our second sei whale sighting this month. Sei whales aren’t frequently sighted in November, but it’s not unheard of. Since 2017, we’ve seen them every November, except for the year 2018. 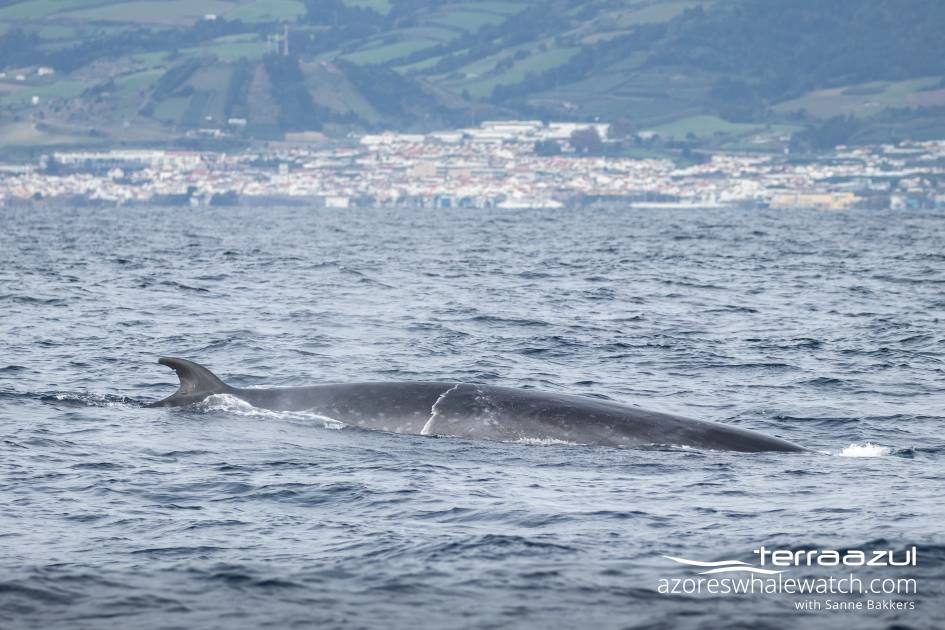 The long back and dorsal fin of today’s sei whale (Balaenoptera borealis).

It sure is an incredible experience to see three different types of cetaceans in one tour: two kinds of whales (a toothed whale AND a baleen whale) plus dolphins. We have another tour scheduled for tomorrow morning. Let’s see what we’ll encounter!