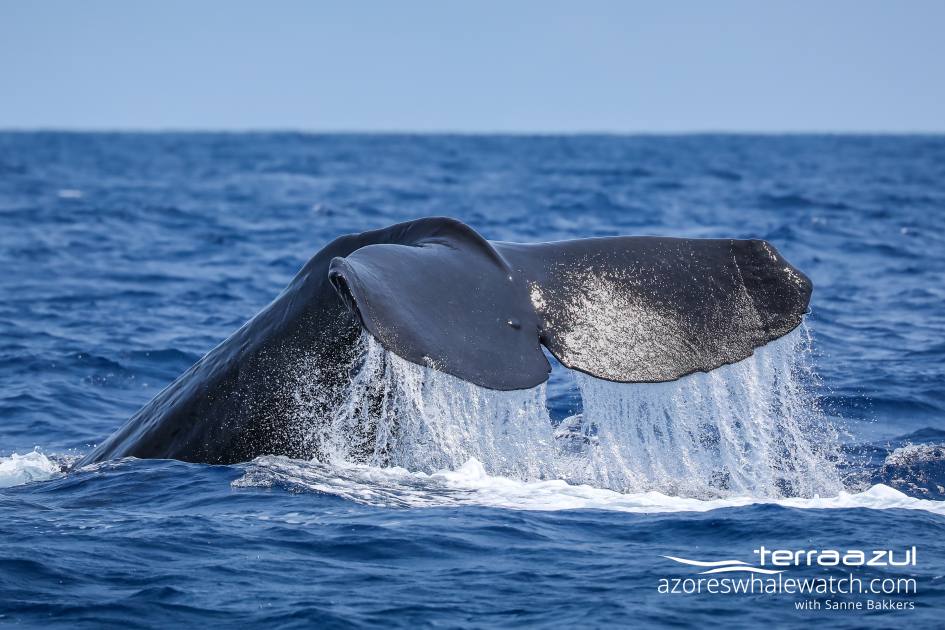 Big, muscular and ready to dive… Today we were fortunate enough to see at least two male Sperm Whales (Physeter macrocephalus) off the south coast of São Miguel island. In the Azores archipelago we typically encounter family groups of females with their young, but every so often male sperm whales visit the region. 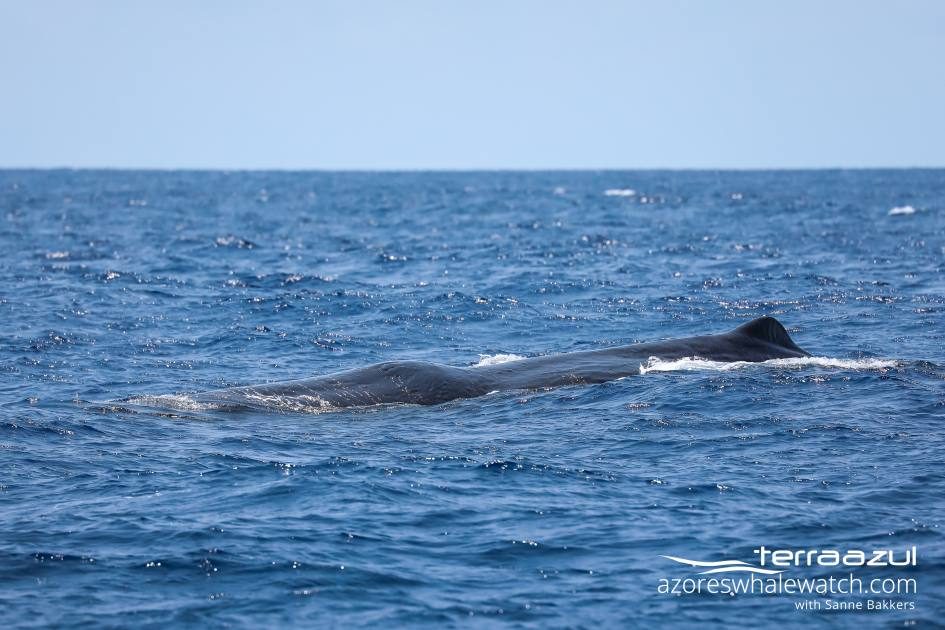 A large male sperm whale resting at the surface. Pay attention to the “hump” (typical for mature males) at the left side of the body, which forms the back of the head.

Male sperm whales spend a great deal of their lives in the colder, more Arctic waters of the North Atlantic Ocean. From time to time they migrate to the lower latitudes of the mid-Atlantic in search of females. In the afternoon, one of three sperm whales allowed us a closer look. After resting on the surface for several minutes, he suddenly arched his back and lifted his large tail high up into the air. An impressive moment that will be engraved in our memories for a long time! 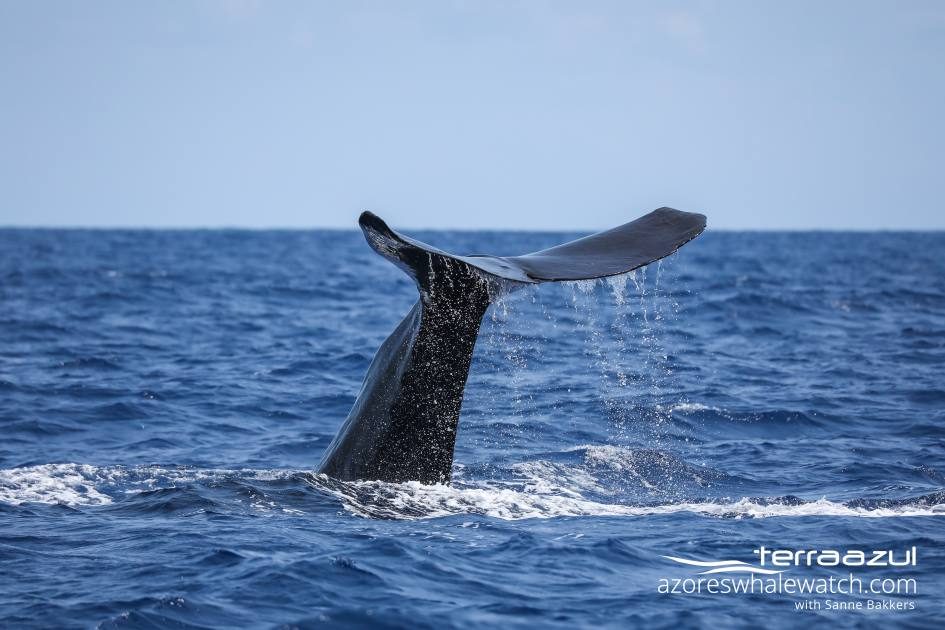 Male sperm whale fluking up; lifting his tail high up into the air.

Besides sperm whales we were also able to see two species of dolphins today: the Common Dolphin (Delphinus delphis) and the Atlantic Spotted Dolphin (Stenella frontalis). In the afternoon, not too far from Vila Franca do Campo, we encountered a large group of common dolphins with many babies. We did not stay too long with the group as their were more boats interacting with them and we strive to respect the animals. 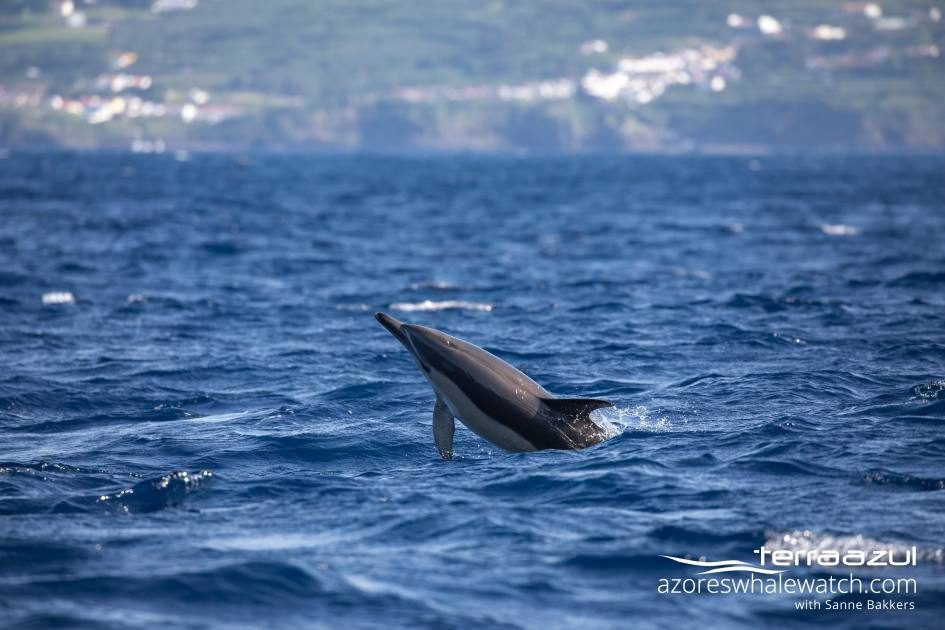 Let’s see what the rest of the week will bring. We cannot wait to find out what nature has in store for us!