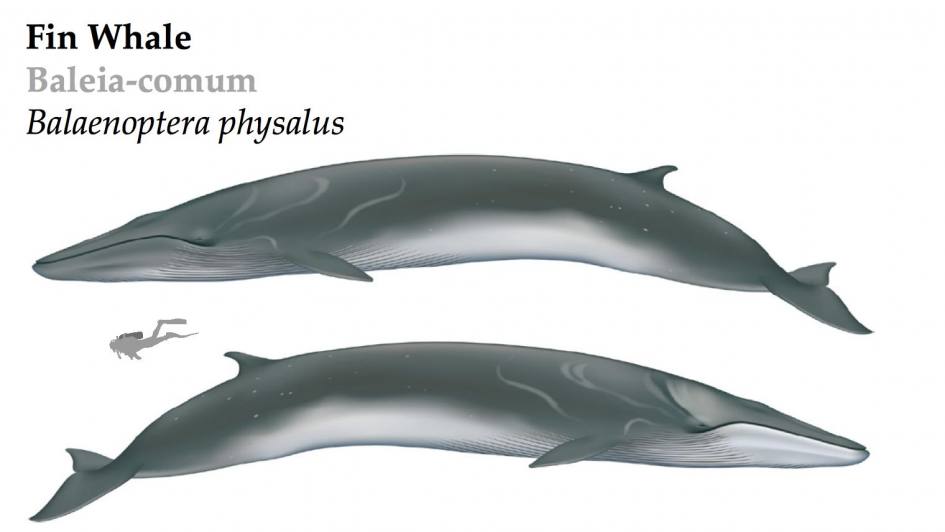 The Fin whale Balaenoptera physalus, is the second largest animal ever known to have lived on the planet, ranging into all oceans. They have a characteristic asymmetrical coloration on their lower jaws. Fin whales are named for their prominent, hooked dorsal fin found near their tail. 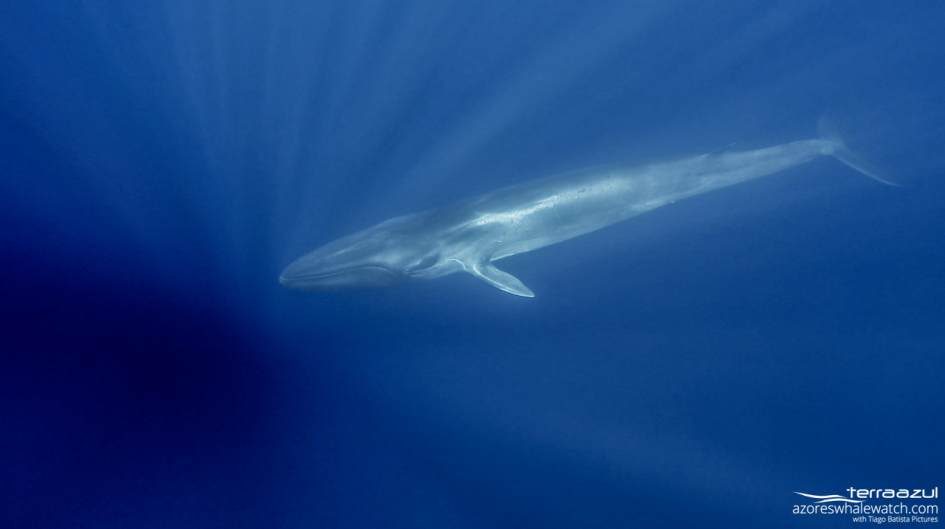 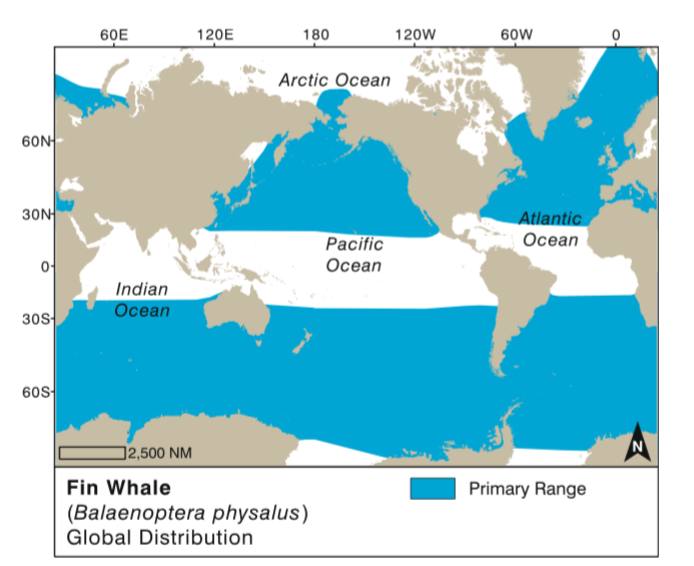 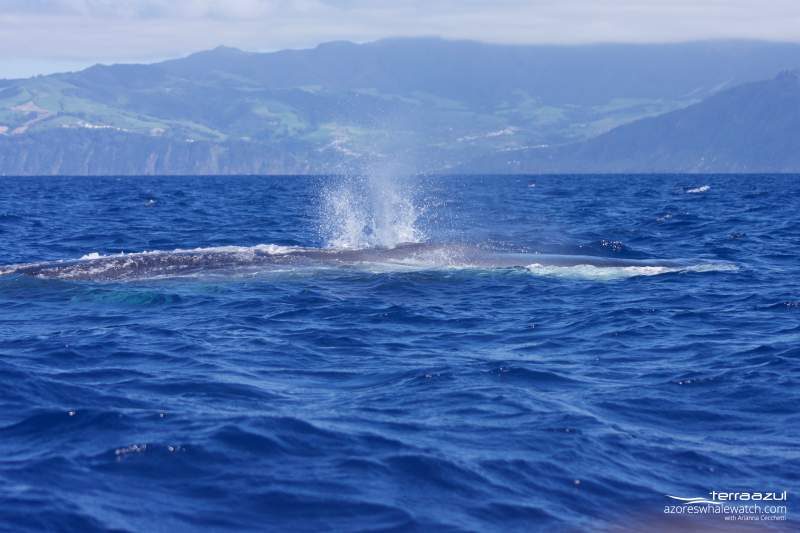 Diet: Fin Whales feed almost exclusively on krill and copepods at the surface or at depths up to 180 meters. Fin Whales can also be an opportunistic feeder and prey on capelins, young herrings and squids according to the time of the year and the region. Fin Whales consume about three tons of food daily, during their feeding season.

Reproduction: Sexual maturity is reached at around 6-10 years (female) and 8-12 years old (male). Breeding and calving take place towards te end of Fall/beginning of Winter (for the Northern Hemisphere). Females give birth to calves every 2 to 3 years and the gestation lasts about one year. At birth, a new born measure around 6 meters.

Social behavior: Fin Whales are solitary cetaceans, but can be found in pairs of adults. It is a migratory species moving from colder feeding grounds to the equatorial temperate water for breeding and nursing.

Vocal behavior: Fin whales are using different ways of communication: moans, groans and various pulsed sound ranging from 20 to 100 Hertz. You can listen a Fin Whale communicating in this recording collected by NOAA Fisheries.