29th of May to 7th of June Statistics Report 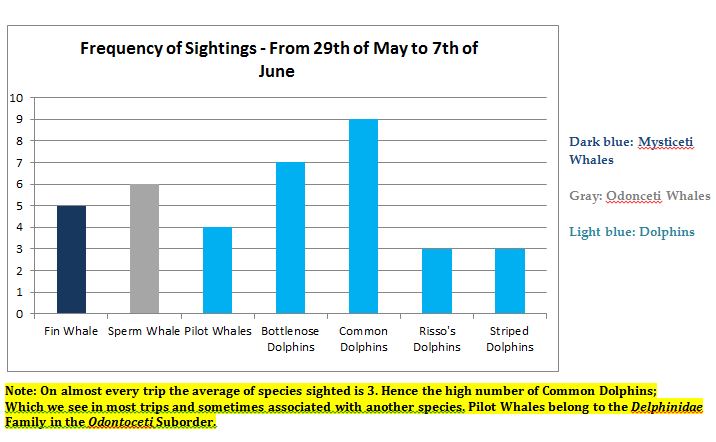 From the 29th of May to the 7th of June we sighted 7 different species of Cetaceans!

It’s June! Summer is getting here, slowly but surely. Although it also means that the Baleen Whale Season is coming to an end. 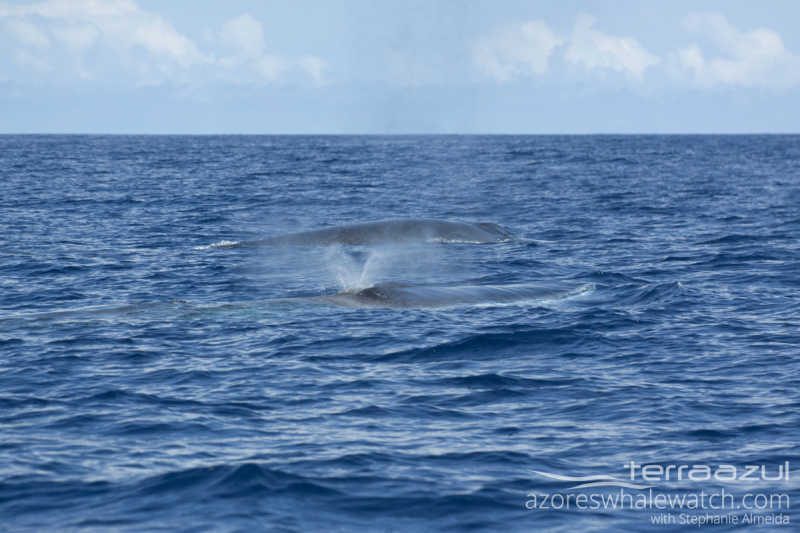 Like we mentioned before in previous posts and reports, the Baleen Whales pass here in the Azores between March and the beginning of June. Last year we sighted Baleen Whales until the end of June, which is not “normal”. The usual is until de beginning and mid June. But this is a dynamic ecosystem that can be different in from year to year.

So it’s time to start saying Goodbye to the Baleen Whales, well not a Goodbye just a See You Next Season!! 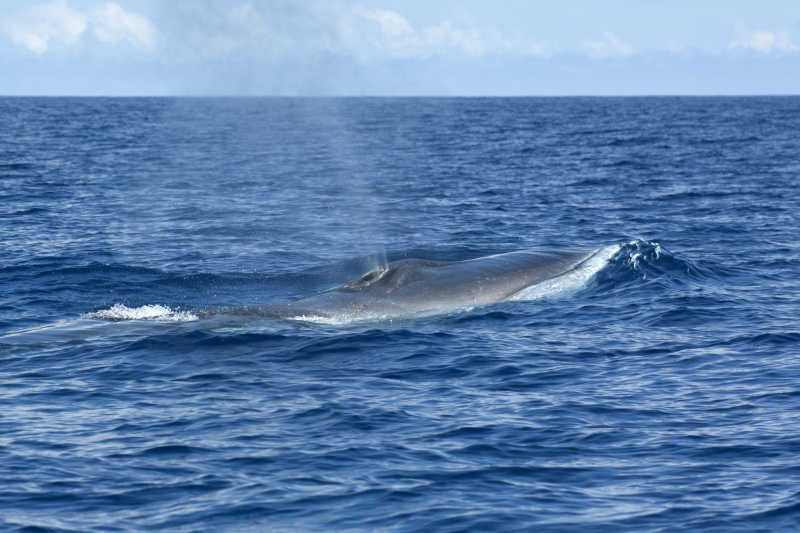 At this time the Pilot Whales are around too. There are two different species of Pilot Whales: Short – Finned and Long – Finned. It is virtually impossible to tell them apart from each other while we are Whale Watching.

However, there are subtle differences between them: the length of their pectoral fins, number of teeth and the shape of the skull.

To confirm the species we need to be able to see the pectoral fins, which is their main difference. Because here in the Azores it is more common to occur the Short Finned Pilot Whale, we are going to assume that these were the ones we spotted. 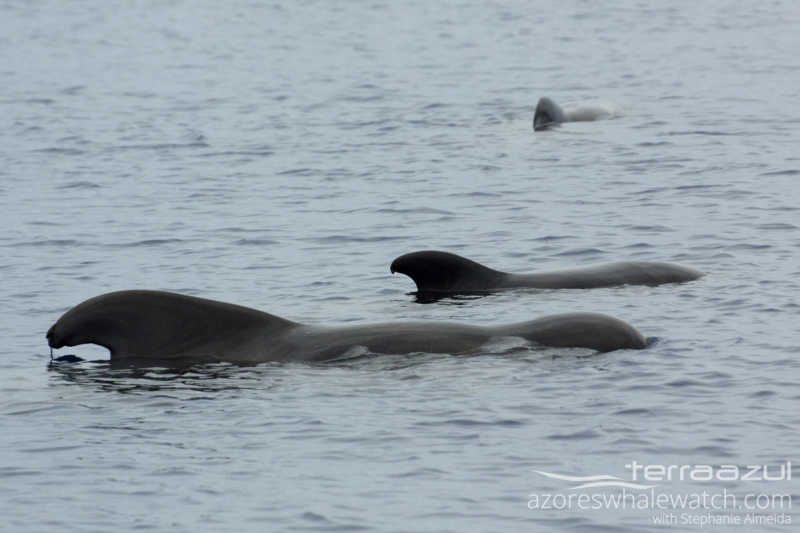 Short – Finned Pilot Whale can occur in the Azores during the entire year but most commonly we start to spot them in between May and October.

They can reach in between 3,5 to 6 metersThey are born with more or less 1,5 meters.

Their skin is jet black or dark gray; the head is rounded and bulbous; the dorsal fin is set forward in their body and it sweeps backward.

And now for the special moment of the week… 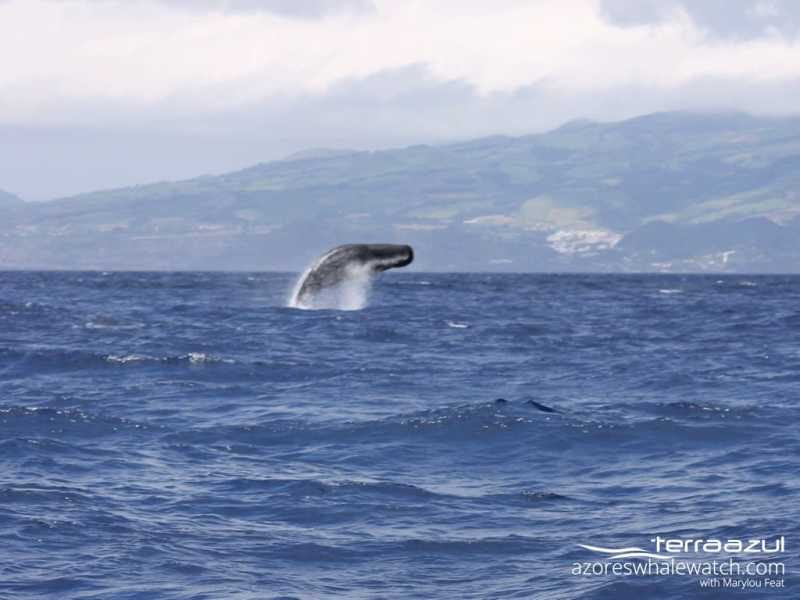 Why do Sperm Whales breach?

The can breach for a few reasons: could be a way to comunicate with other whales of the group; to get rid of parasites on their skin or just for fun and playing!