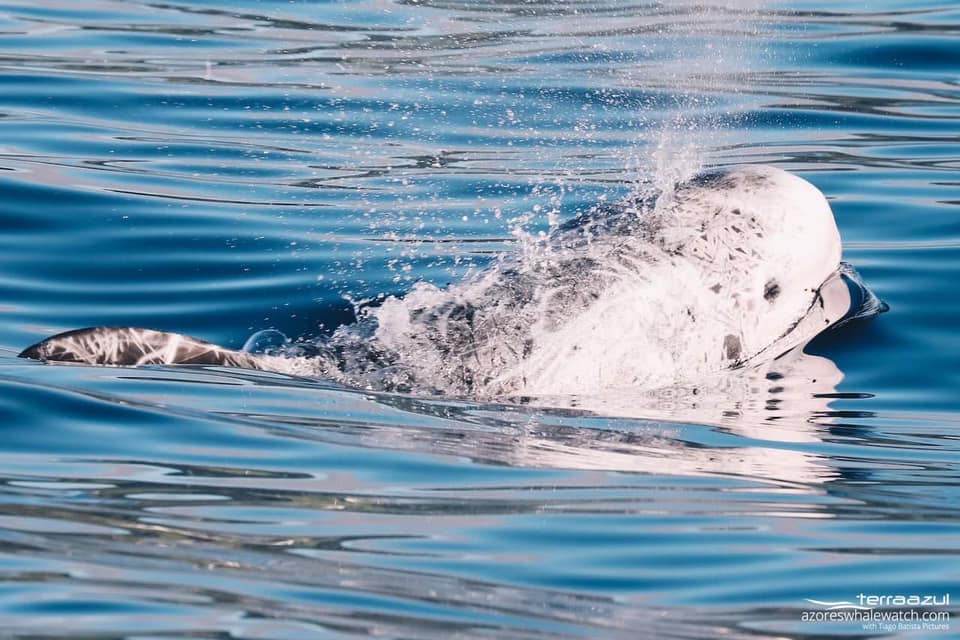 The past November has been quite crazy weather-wise in the Azores but still, whales and dolphins were encountered and quite close to our shores! Check the map below if you want to have an idea about it 🙂 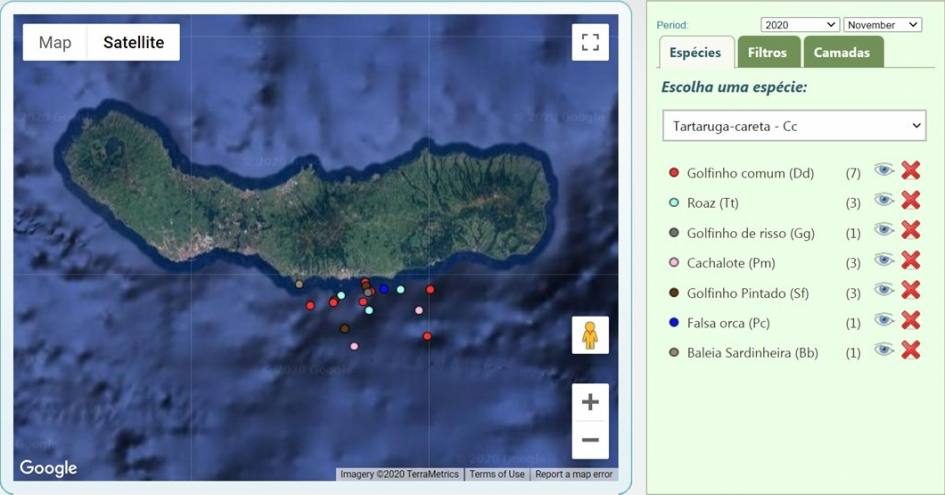 Seven different cetacean species were sighted, included an amazing surprise: False Killer Whales (Pseudorca crassidens) !!! Once again the pod was on the hunt really close to Vila Franca do Campo Marina. Check HERE our previous encounter video to watch a group of false killer whales feeding off a huge swordfish!!! 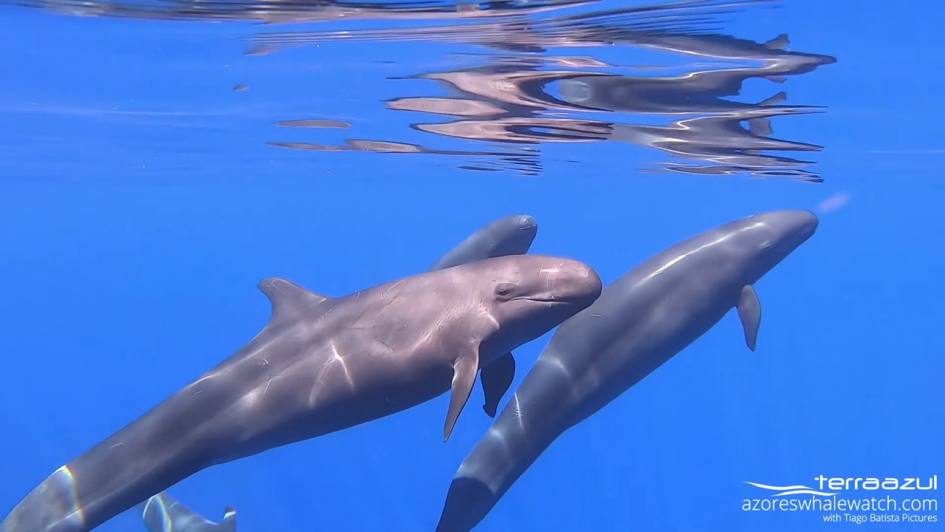 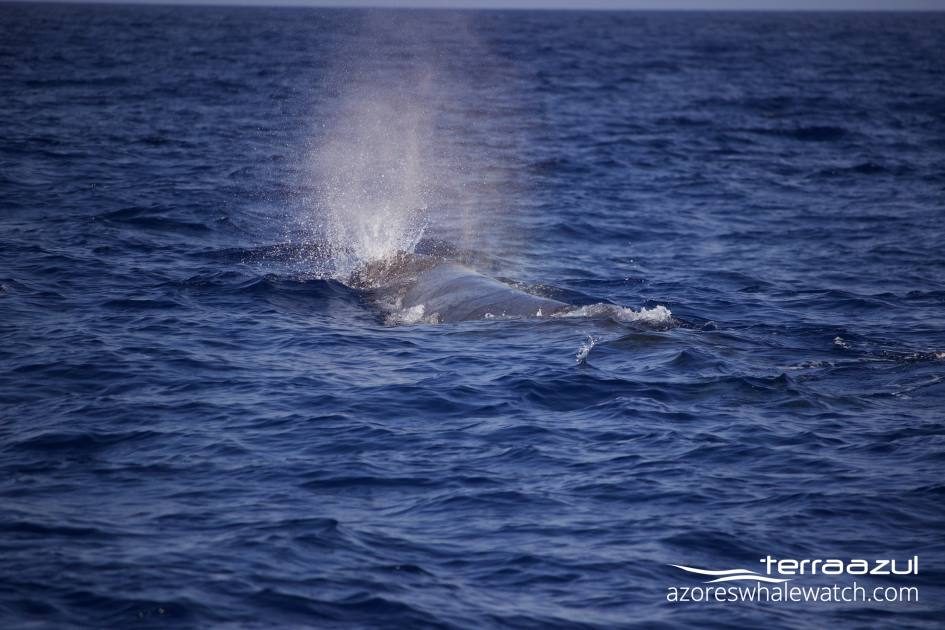 Blowing sperm whale (Physeter macrocephalus) while resting at the surface.

Migratory Atlantic Spotted Dolphins (Stenella frontalis) were also still present in our waters but we expect their occurrence to diminish as they start returning to the Caribbeans for the winter. 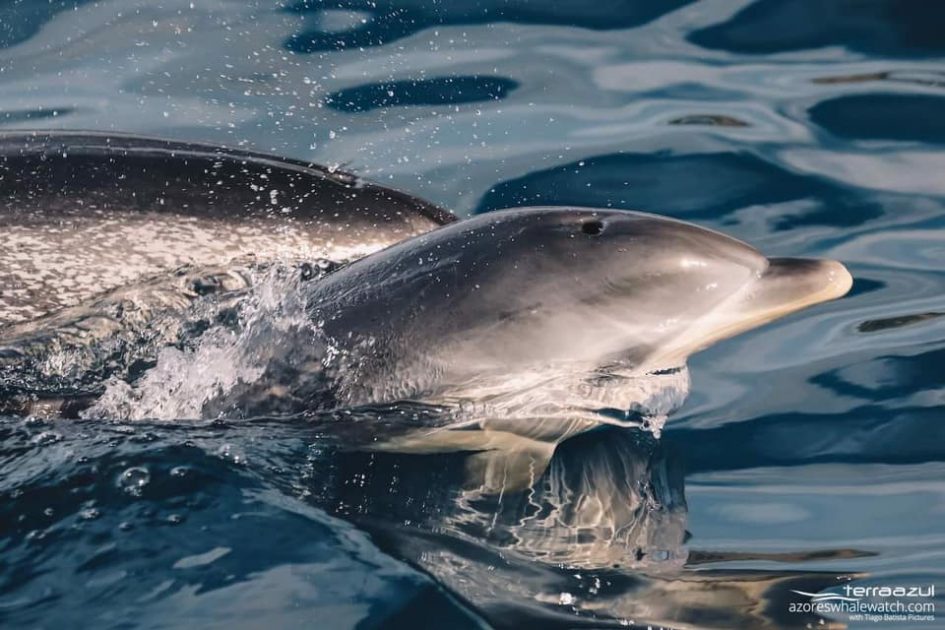 Atlantic Spotted Dolphin (Stenella frontalis) calf next to its mother.

Finally, we were also lucky to meet a mother & calf Sei Whale (Balaenoptera borealis) really close to shore, just a few hundred meters outside the port of Caloura! 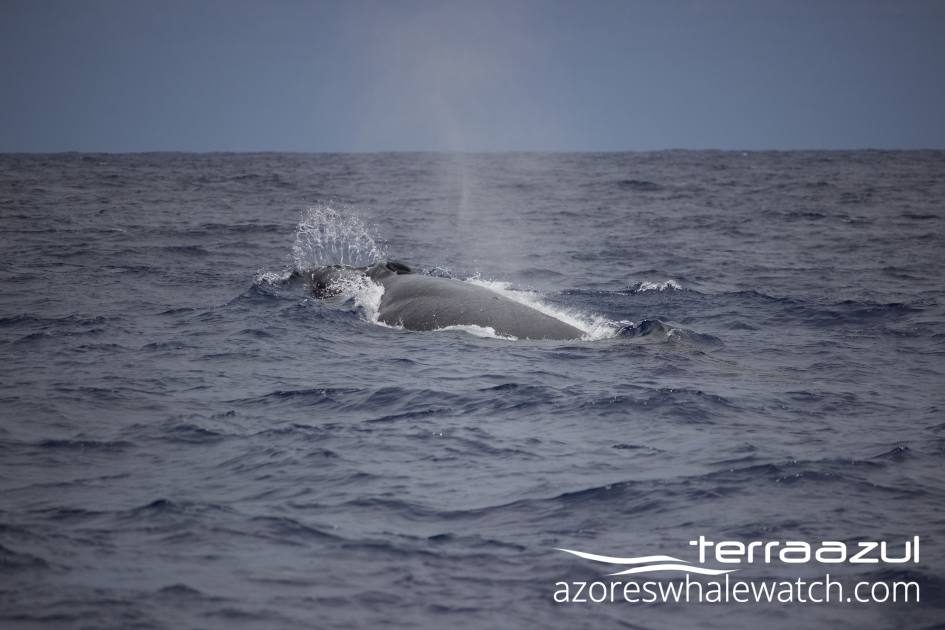 That’s all for November sighting report and let’s see if the weather will be more clement in December! 🙂