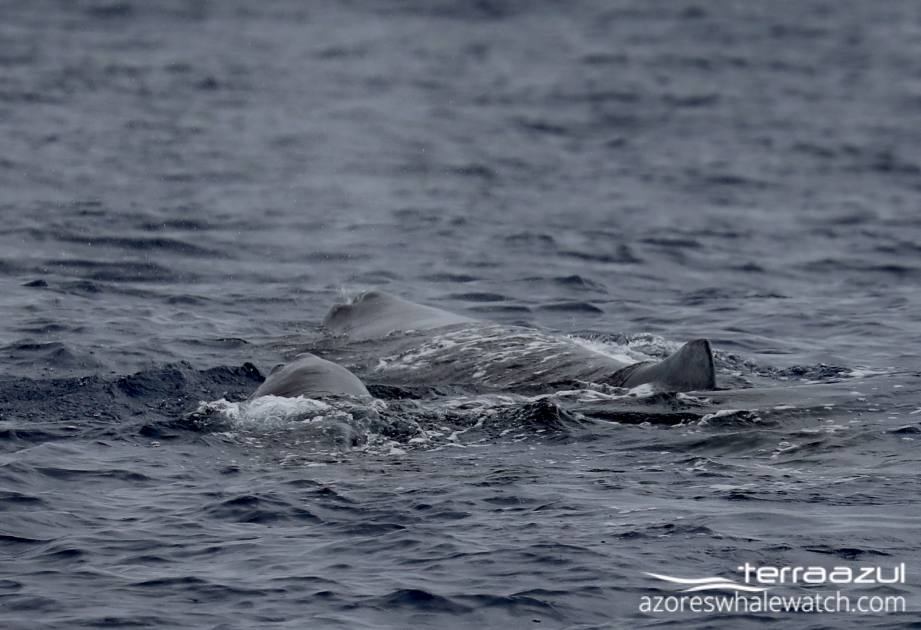 Time to honor our ancestors and to have a look to cetacean sightings in São Miguel Island in October 2020. Also this month we encountered 8 different species of Whales and Dolphins, and some were not really expected, as it often happens here in the middle of the Atlantic Ocean 😉 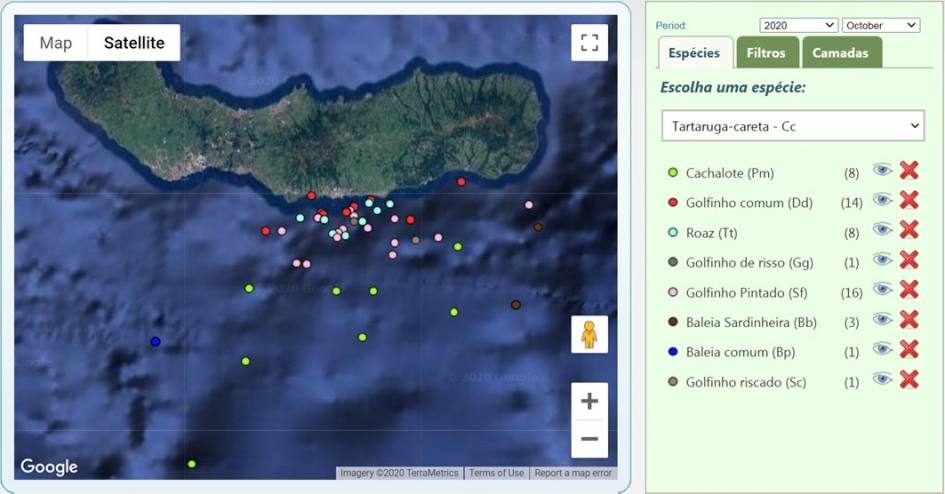 Looking at the sighting map, it almost seems that species distributed accordingly to the distance from our shores: Dolphins were generally only a mile or so out, while Whales tended to appear more in offshore waters (in one case we had to reach them 25 miles out!!!). In particular, Common Dolphins (Delphinus delphis) and Bottlenose Dolphins (Tursiops truncatus) were sometimes only a few hundreds meters from our coasts. Atlantic Spotted Dolphins (Stenella frontalis) were sighted in large aggregations often mote than three hundred individuals strong! In many occasions dolphins were feeding of small schooling fish in association with shearwaters and tunas, putting up a great show for our guests and crew. 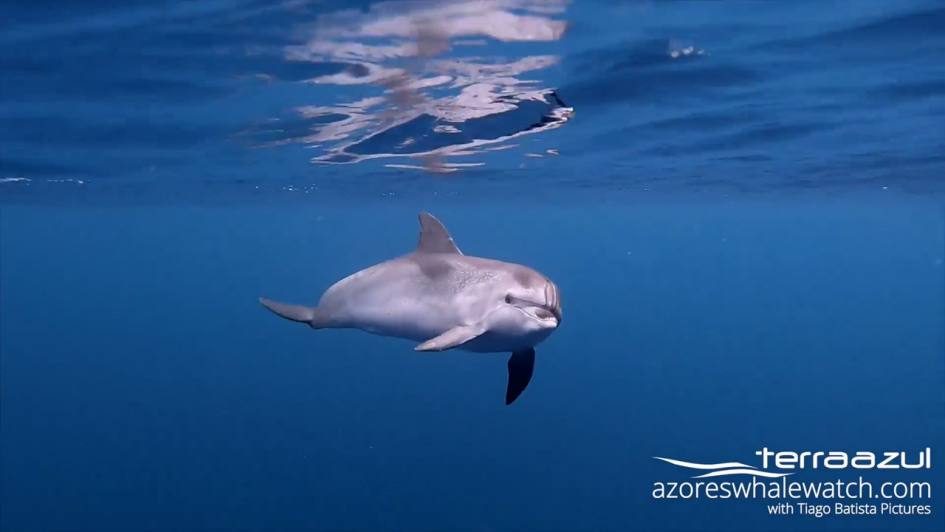 After several months without sightings, we finally encountered Striped Dolphins (Stenella coeruleoalba) again, and we were not disappointed! They were fast travelling, all porpoising at the same time in an amazing dolphin stampede. Risso’s Dolphins (Grampus griseus) were also sighted in October.

Sperm Whales (Physeter macrocephalus) gave us some hard time to find them but they were the most sighted whale species, as we expect in this season. That is, rain, low clouds and haze can make quite hard to spot their blows for our land spotters and we had to rely more and more on the hydrophones integrated on our boats to detect their presence listening to the clicks produced by the whales when hunting for squids. In one case we could even hear their codas, which are basically the dialect of each different clan of Sperm Whale! Here you can have an idea of what I mean listening to a recording collected by Terra Azul crew.

Sei Whales (Balaenoptera borealis) confirmed their presence around São Miguel as during previous years and we also had the surprising appearance of a pair of Fin Whales (Balaenoptera physalus)! This species tends to be more frequently sighted in Azores during Spring time, although encounters are possible also during the Winter. 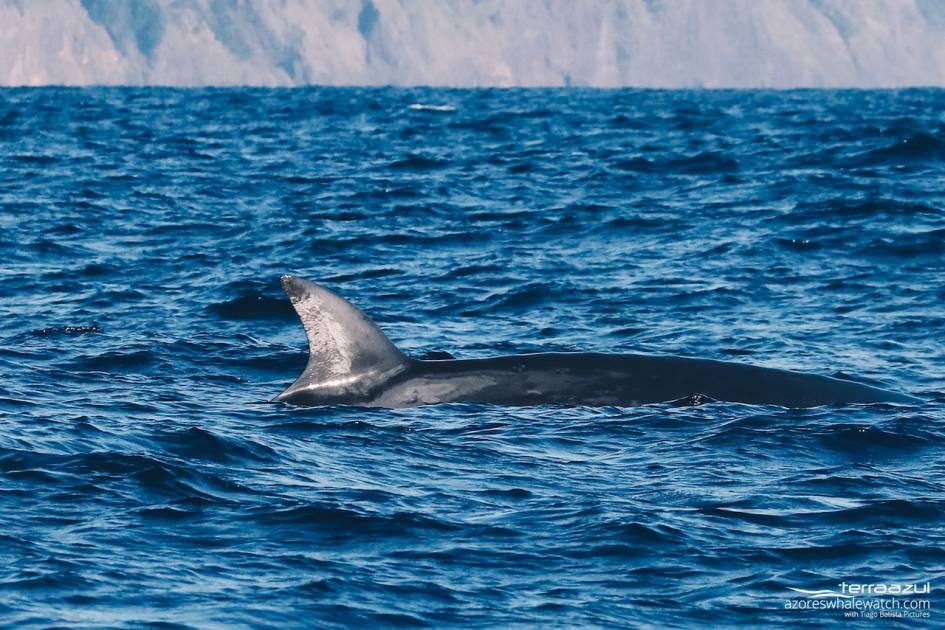 To the next sighting report!