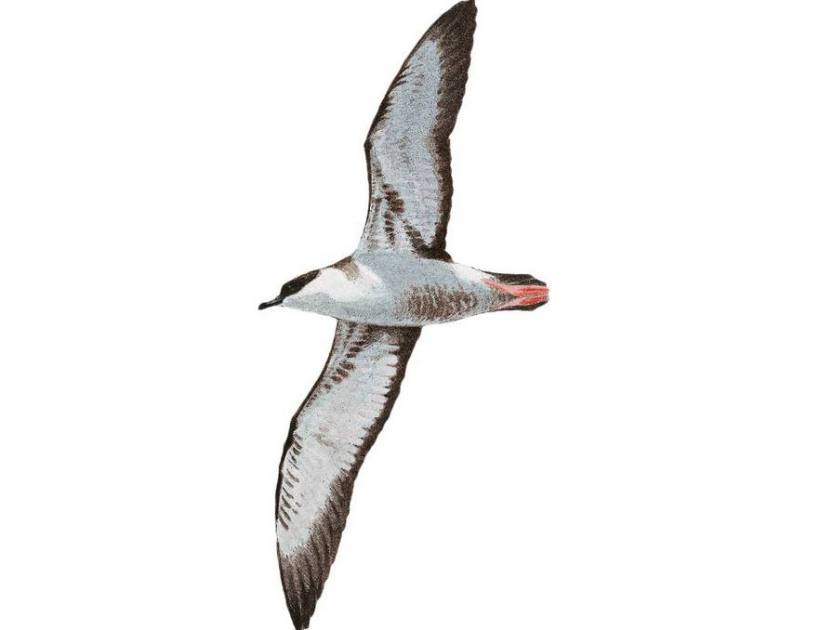 The great shearwater (Puffinus gravis) is a large shearwater species previously identified with the latin name Ardenna gravis. In the Azores they are usually found from August to October, during their southward migration. 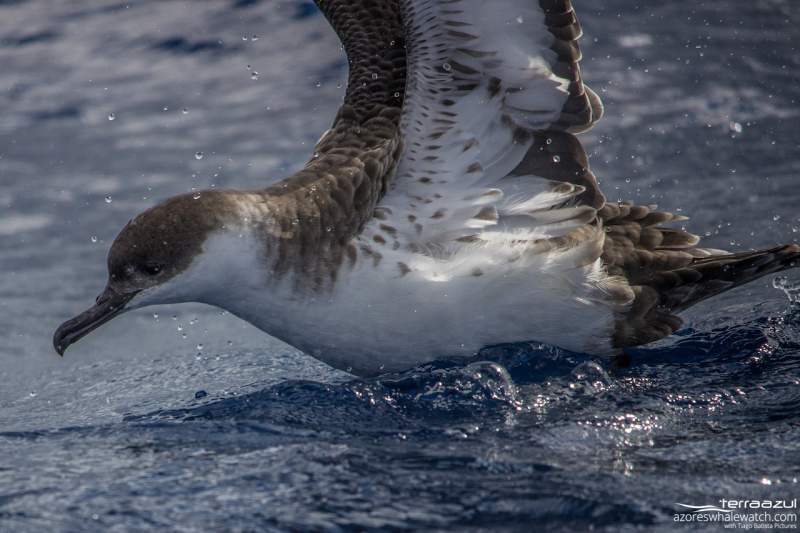 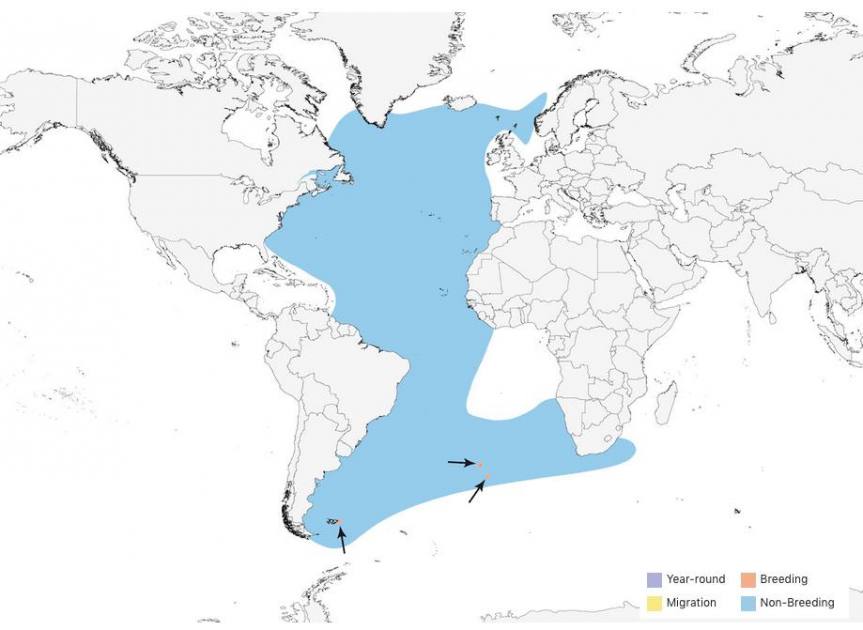 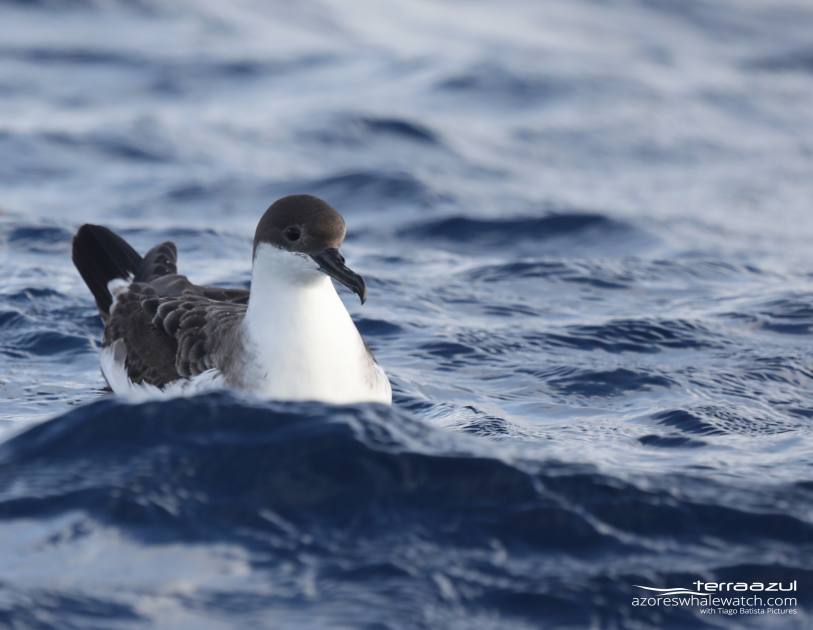 Great Shearwaters mostly feed on small pelagic fish, especially when schools are driven to the surface by larger predatory fish (e.g., tunas) or dolphins. They usually forage in flocks and are often observed resting on the water between feeding sessions.

Leaving the Azores in late October, Great Shearwaters migrate to the South Atlantic where they breed during the winter. Breeding occurs on sloping ground, mainly in areas of tussock grass or ferns. These nests are visited only at night to avoid predation by Gulls or Skua species. Great Shearwaters nest in large colonies, laying one single white egg in a small burrow or in the open grass. Great Shearwater have a Long-term monogamous relation and are very territorial around the burrow entrance. The juveniles will reach the fledgling stage, first flight, at around 105-120 days.

Great Shearwater vocalize mainly on ground at colonies, rather than in flight. They emit nasal calls described as vigorous and unmelodic, with slight differences between males and females. You can listen to their vocalizations during the breeding season in Tristan da Cunha in this audio recording by Derren Fox.