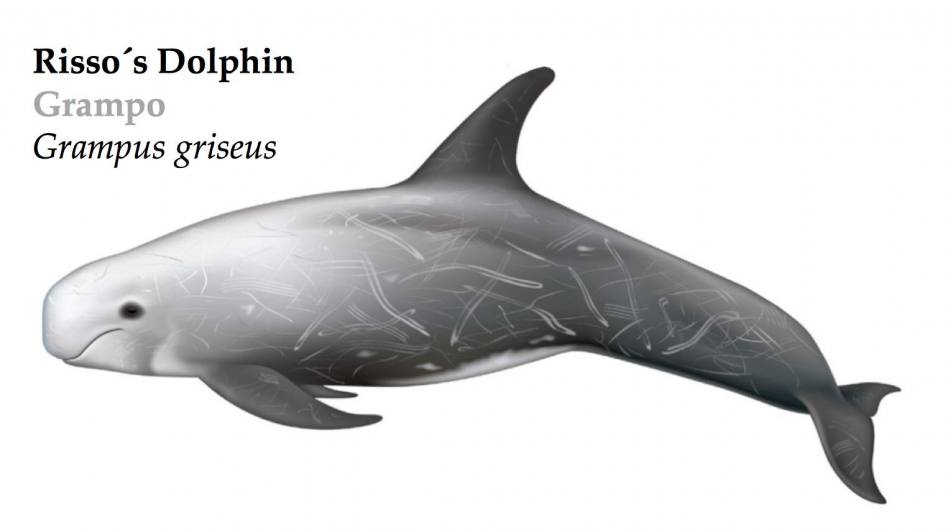 The Risso’s dolphin (Grampus griseus) is the fifth largest member of the Delphinidae family.  They are named after Antoine Risso. Their latin name Grampus means « large fish ». The species name griseus refers to the overall gray coloration of its body. 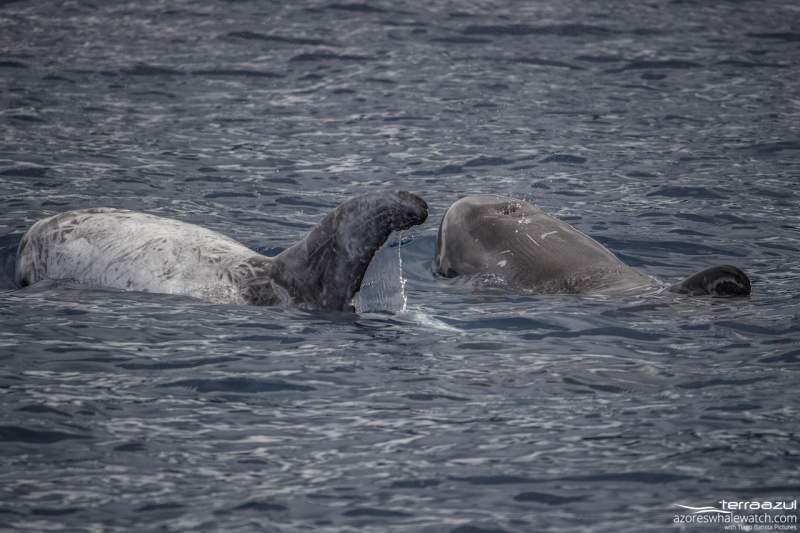 Color: Uniform dark grey to patchy grey and white. Calves are grey-brown. Adults become totally white with age. The scarring is the result of socialization with other individuals or/and interactions with their preys (mainly squids and other cephalopods).

Adult individual with scars on the body.

Octopus, cuttlefish, squid, krill. Risso’s dolphins usually feed at depth. Before diving, they often take 10 to 12 breaths at 15 to 20 seconds intervals and will often display their tails.

Risso’s dolphins are gregarious cetaceans. They normally form groups up to 50 individuals, but solitary dolphins and pairs also occur. They can be aggressive between each other and their skin is covered by scars that result from bites.

When foraging they frequently produce a series of echolocation clicks. They also appear to combine acoustic features from different cetacean species (beaked whales and bottlenose dolphins). You can listen Risso’s dolphins communicating and echo-locating in this recording collected by Terra Azul Crew.