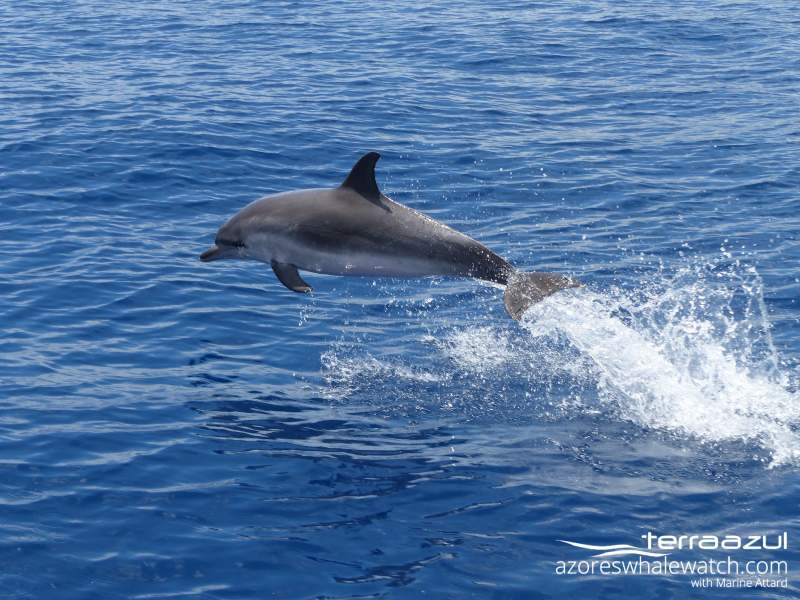 The sun was shining and the blue sky was joining the blue sea! As we were heading out to the ocean, we could even do island watching – Santa Maria was appearing at the horizon.

It was one of those days when you don’t want to come back to land! The day was spent with Fin whales, Atlantic Spotted dolphins and Common dolphins – all of them were very calm enjoying a sunny lazy Sunday.

The Fin whales spent the day swimming very slowly, resting from their travelling. We barely had to move the boat! 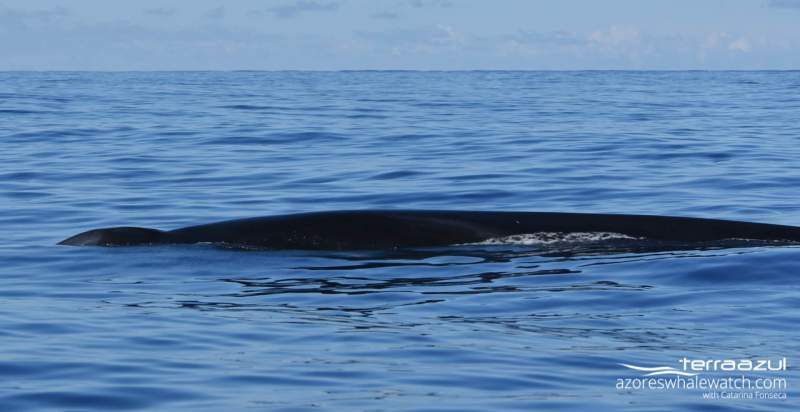 We find them to be the most curious baleen whale we meet and, once more, they came very close to the boat, passing under it and turning to check us out! 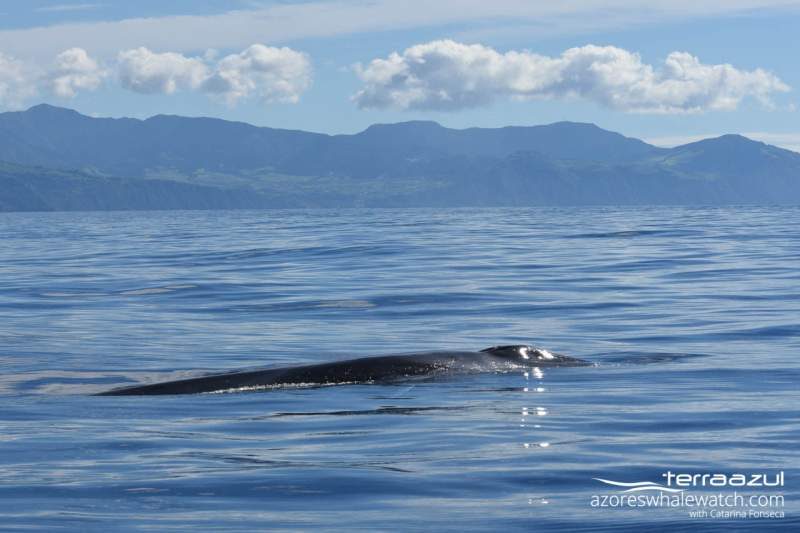 Even the Atlantic Spotted dolphins, usually very active and acrobatic, were feeling lazy today! Among some jumps they were calmly travelling and swimming very close to the boat. Since the groups we met today were composed by adults and juveniles it was very nice to see the difference between the heavily spotted adults and the ‘plain’ grey youngsters. Apparently, they woke up during the afternoon as they jumped around us, and they were very active, with new borns. 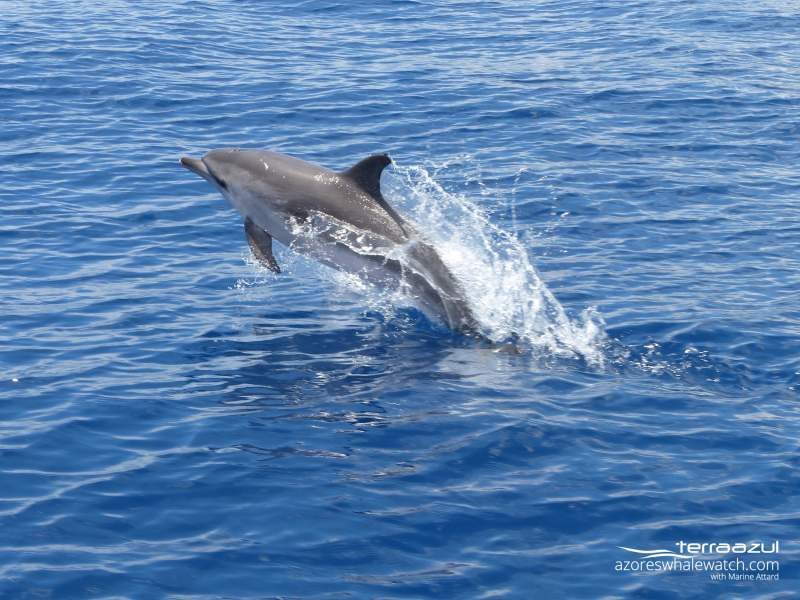 Finally, we had our faithful Common dolphins making an appearance and showing off their newborn calves to us! They are born about 70 cm long and, during the first weeks of their life, you can still see the vertical white marks, called fetal folds, from the position they were inside their mothers 🙂 We took the opportunity to do a swimming with dolphins which turned out to be very nice! 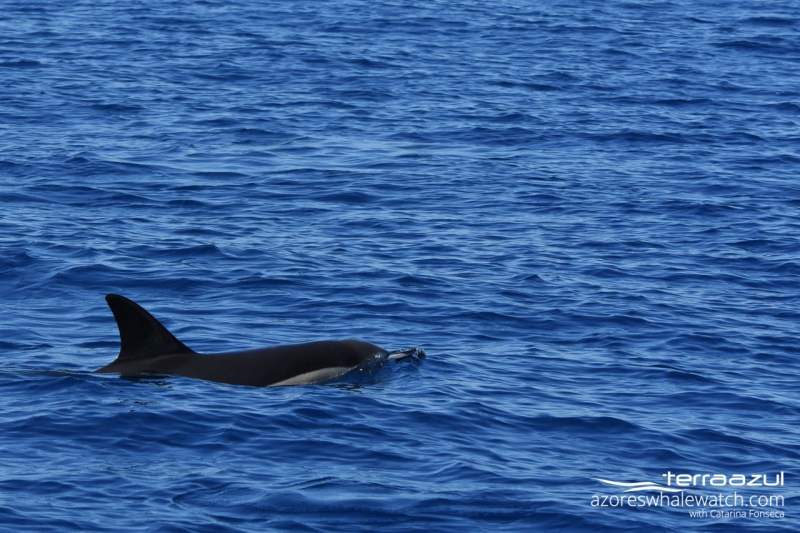 Unfortunately we had a few bad encounters today… empty balloons floating in the ocean. This weekend Vila Franca do Campo was celebrating São João, with everything you might wish at a party: music, parades, food and helium balloons! Inevitably, some of those balloons fly off the hands of the excited children and, when they loose the gas inside, they have to land somewhere. We got at least 2 of them that illustrate the problem that releasing balloons poses. They are made of sturdy, plastic materials that don’t decompose and can lead to the choking of marine animals or even turn into microplastics that make their way into the food web! Please think twice before participating in an event that includes the release of balloons! 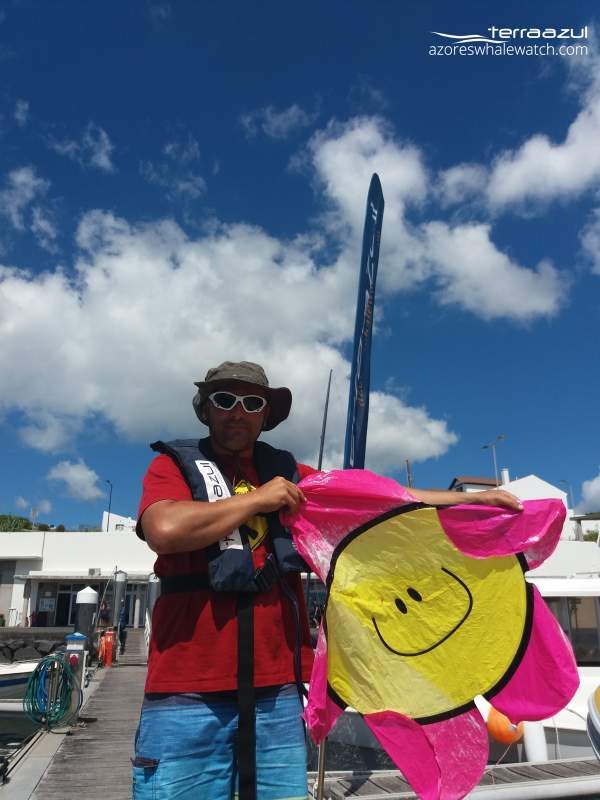 Our skipper Tiago with a ballon found in the ocean