Our residents got visited again by some ‘blackfish’ friends! 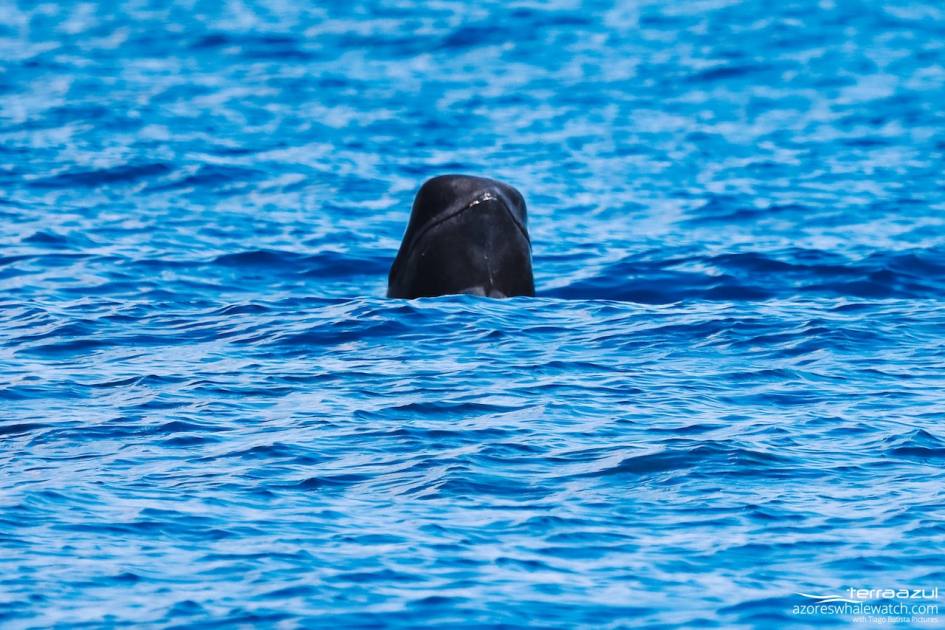 A Pilot Whale spy-hops next to Terra Azul boat. The mouth rim is clearly visible, as well as part of a grey patch on its ventral side. Maybe it is me, but it almost looks like a famous Star Wars character! 😀 😀 😀

We started the afternoon with a really active group of Pilot Whales, most likely short-finned (Globicephala macrorhynchus). While cruising towards the pod, we saw already one of the individual breaching, a behavior that we don’t observe so often in this species. Their most common activity during the day is logging to rest at the surface. Today they were very active at the surface, probably socializing … What an amazing encounter with these beautiful ‘blackfish’! 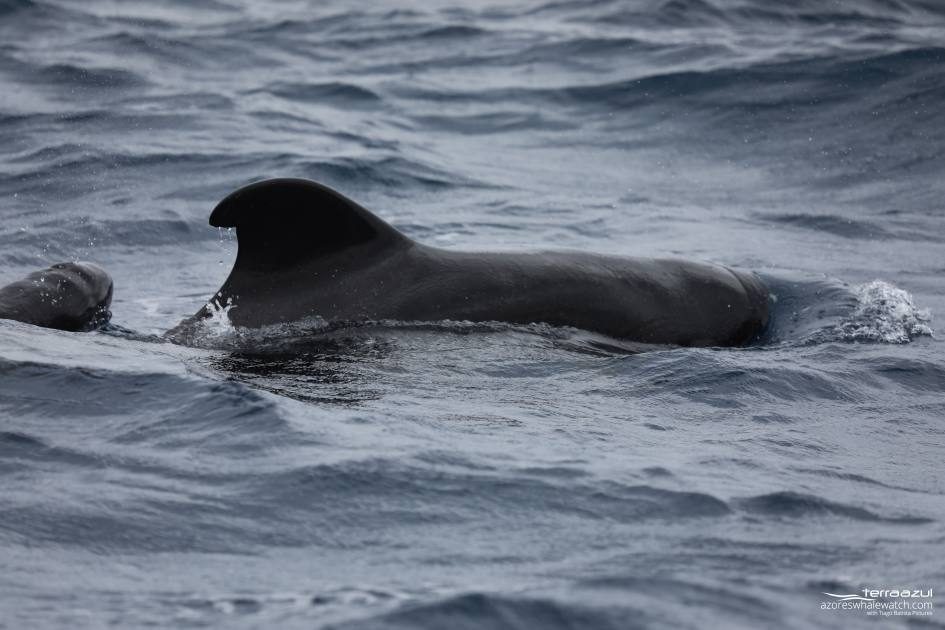 A mature male Pilot Whale (Globicaphala spp.), recognizable by the broad ‘smurf hat’ fin. A calf is also visible on the left.

Not long after that we got surprised by a group of Sperm whales (Physeter macrocephalus) which also included a big male. Sperm whales are very easy to recognize due to their unique body shape, their huge head (the biggest in the animal kingdom) and their blow pointing to the left side of the head. 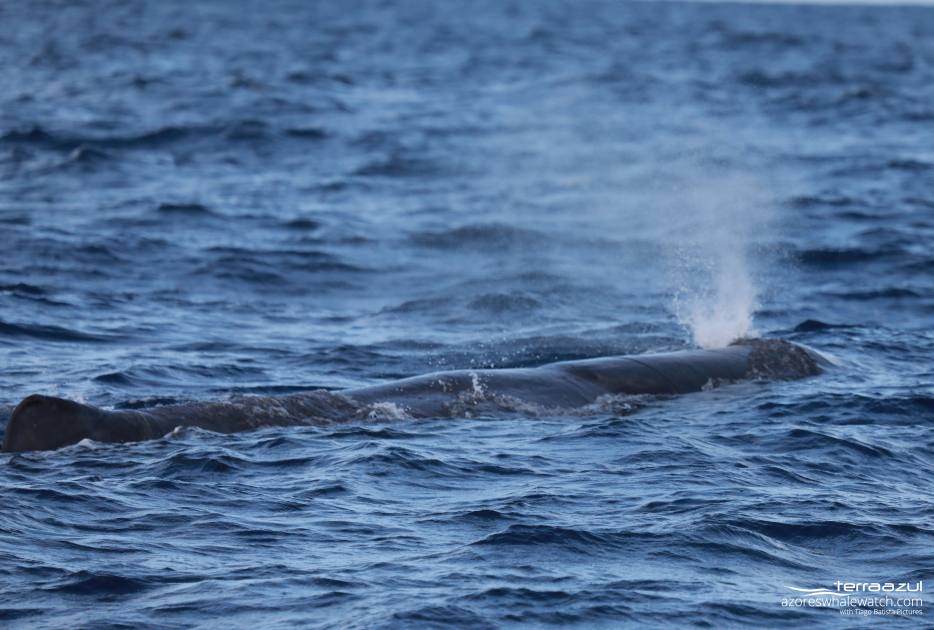 Next to them a group of Bottlenose Dolphins  (Tursiops truncatus) was feeding, breaching and porpoising close to out boat.

After the second shallow dive of the Sperm whales, we had to head back to the coast and say goodbye to the whales.
On our way back we spotted several Portuguese man-o’-war and one lonely turtle that was resting at the water surface.

We’re so looking forward to the next trip 🙂