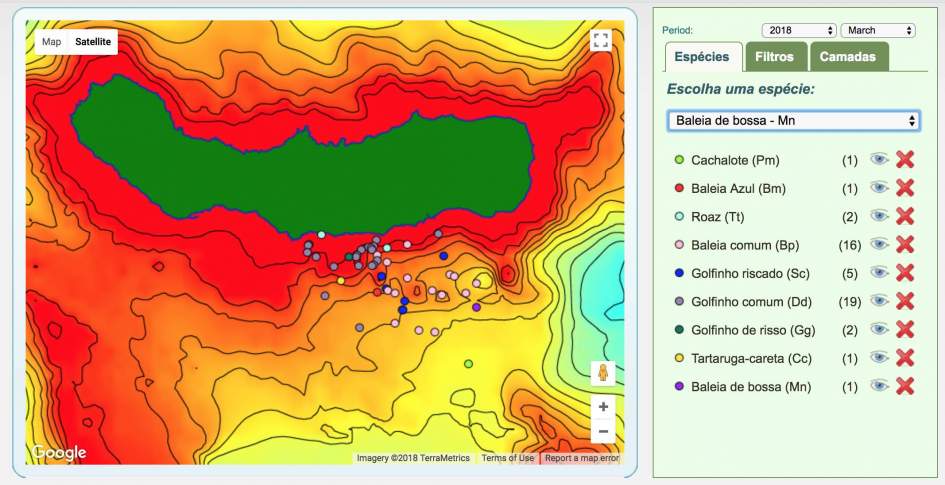 It is time to leave behind another month. Despite being a spring month, March has been quite unstable and at days it has been colder than the past winter. We though, were able to go out several times and once again the list of the species observed is quite long 🙂

We recorded four dolphin species including the common, the bottlenose, the Risso’s and the striped dolphin, the sperm whale and three baleen whale species including fin, blue and humpback whales. Loggerhead turtles and sunfishes were completing the wildlife scenario, and also the Portuguese Man O’ Wars started to appear as the winds were blowing southwards pushing them closer to the coast.

Sunfishes and Portuguese Man O’ Wars is not a strange combination since the former feed on the latter and in fact on our tour we observed an individual having some Portuguese Man O’ War tentacles in its mouth. Sunfishes feed also on jellyfishes, and because these prey are mostly made of water, they need to feed on a huge quantity to get enough calories. These fishes are slow moving so they do not spend much energy either 😀 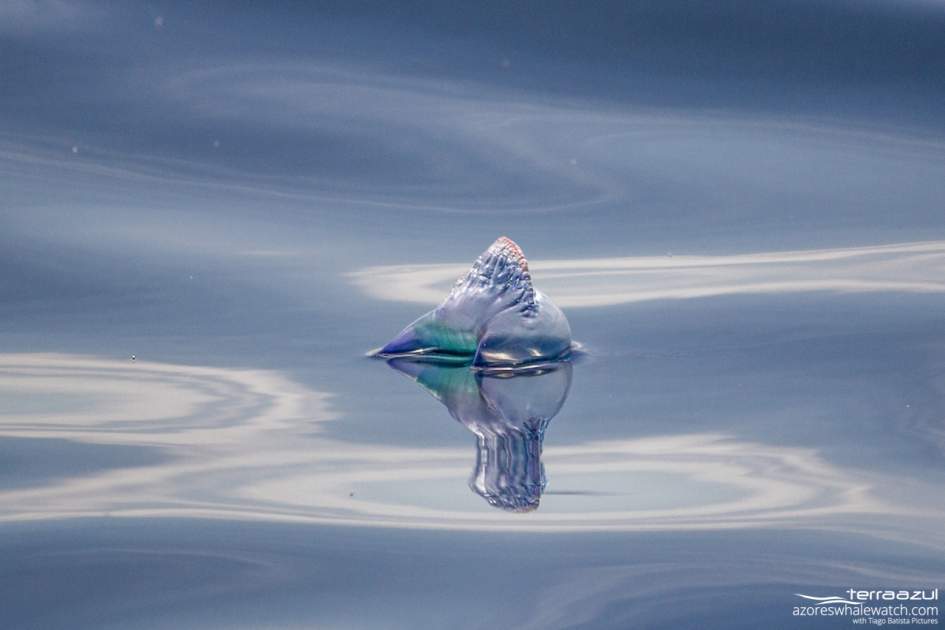 In 82% of trips we saw common dolphins and in 59% trips we saw fin whales, making these species the most frequently observed during the past month. 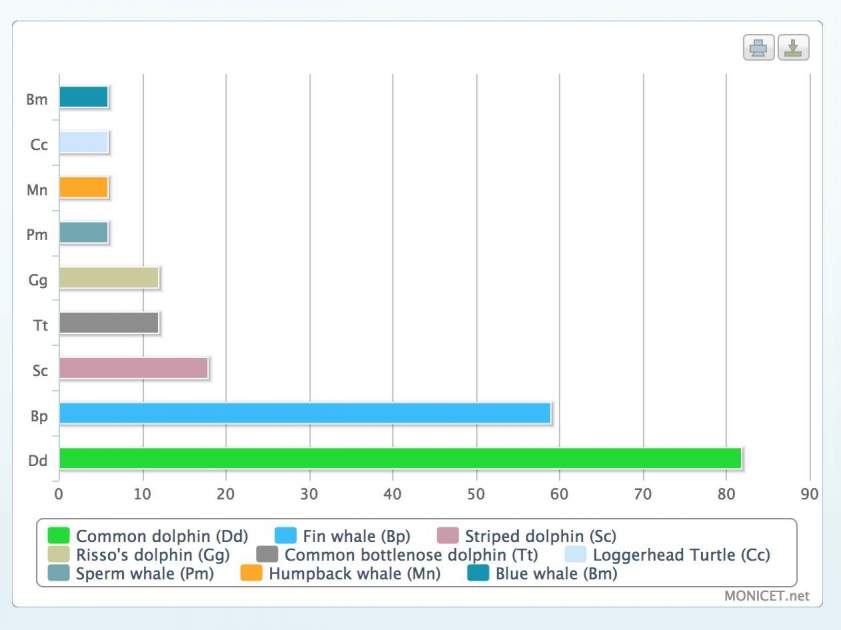 Percentage of trips where the different species were observed (source www.monicet.net)

One of the highlight of the month was the humpbacks sighting. Although humpback whales are migrating through the Azores, they are not recorded very often as fin whales or sei whales. So the sighting of three individuals together was very special. Some humpback whales passing by in the Azores come from the breeding ground of Cape Verde Islands. The other highlight of the month was the breaching fin whale, also a rare event, not only in the Azores, but everywhere. 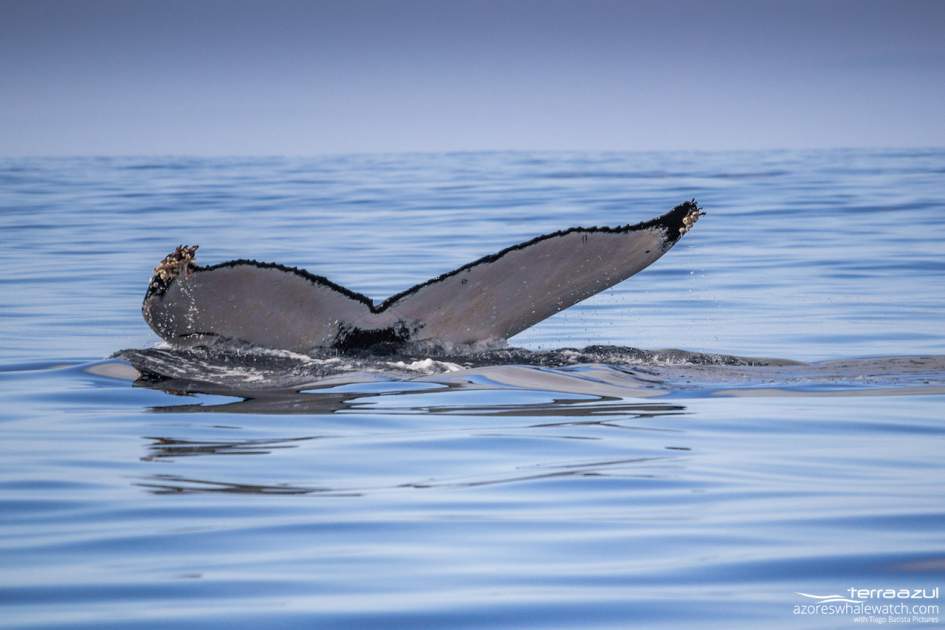