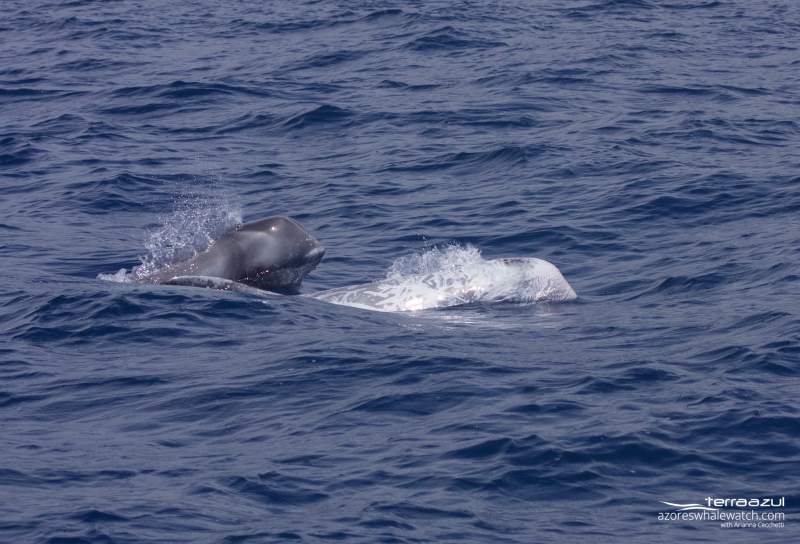 Our boats headed out to the ocean to find some life 🙂 and even though the clouds were reducing the visibility, we have been able to find quite a lot!

First a huge group of Common dolphins surrounded our boats. The swimmers had a beautiful view under water, seeing them passing by and talking to each other. However, also the dolphins which kept surfacing were more than worth it to watch! Today they were particularly acrobatic, performing high breaches which allowed to get a proper look at their beautiful bodies. 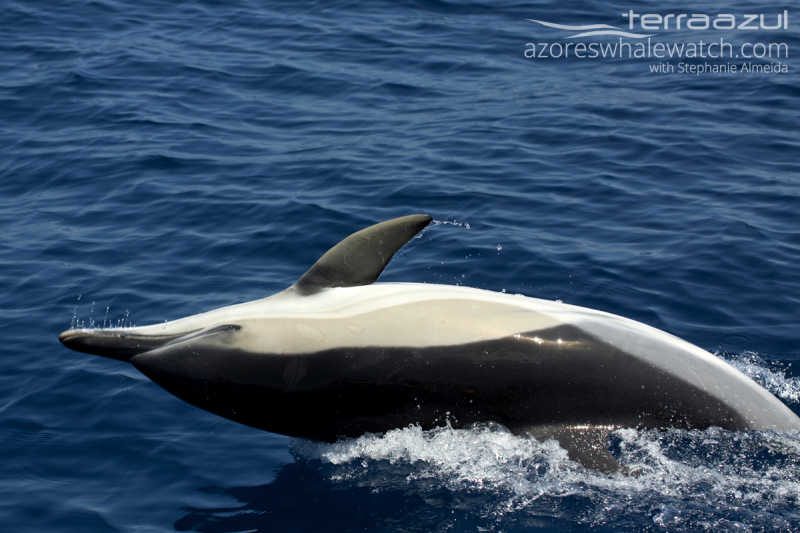 The striped dolphins joined the huge group of Common dolphins with their usual impressive acrobatic jumps! As they were chasing some fish, they just joined us for few minutes, being busy and disappearing in the blue ocean.

Another resident species accompanied us on our tours – the Risso’s dolphin. They were spread out surfacing very slowly and relaxed. You could tell the different age ranges of the group by their  coloration, being the older individuals whiter. In the afternoon they were more active and mother and calf pairs were interacting a lot with each other. Just before leaving the group it appeared a mother with a tiny tiny calf, likely born few weeks ago! 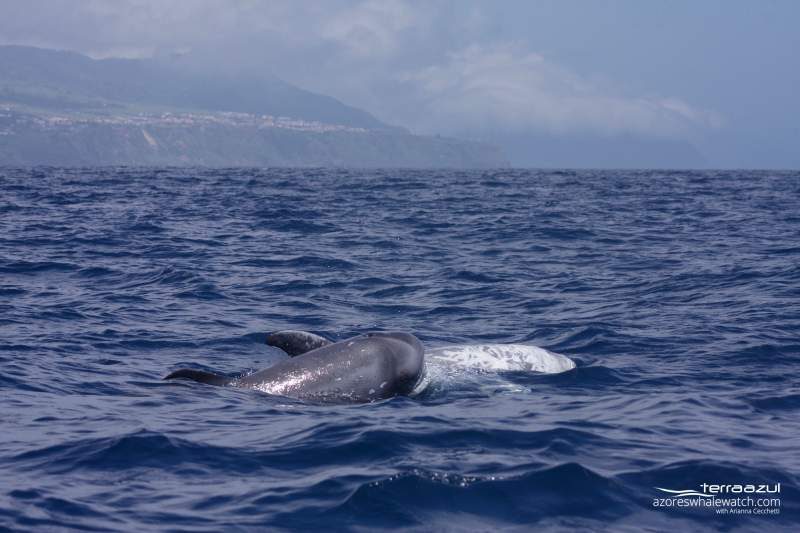 To complete the list of dolphin species, in the afternoon we also spotted a nice and large group of bottlenose dolphins. They were also very active, performing high breaches, head and tail slapping.

This large group of bottlenose dolphins was also the protagonist of an absolutely A-MA-ZING swim-with experience! For the full 2 hours of the tour the animals came near us with their huge bodies, and they never lost interest in our human swimmers! As a guide speaking here, this was the absolute best swimming of bottlenose dolphins I have ever encountered 😉 and the best was that when a part of the group was slowly approaching us, the other part continued to perform super high jumps out of the water, which is normally not a combined behaviour in swimmings. 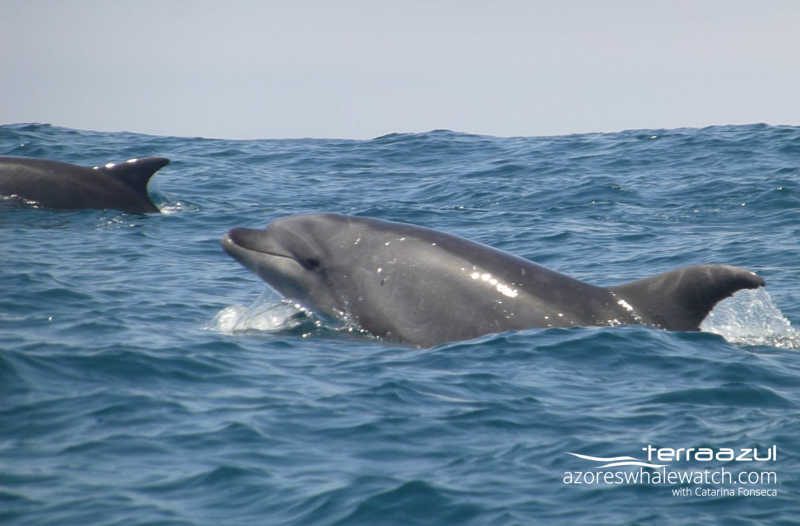 Stay tuned for our new adventures with the dolphins!