Blue Whales – The largest animal on the planet 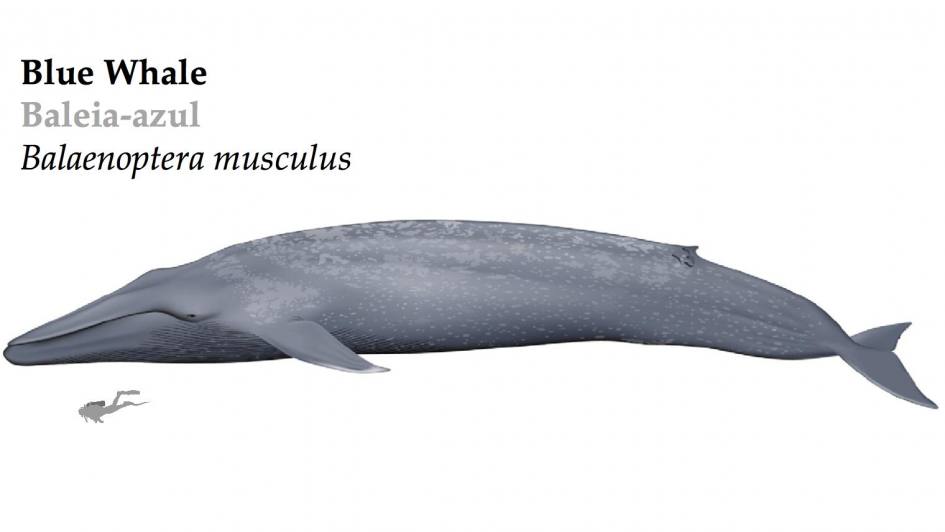 The Blue whale is the largest animal ever known to have lived on the planet, ranging into all oceans. They are about the length of three school buses and the heart alone is the size of a car. The name “blue” refers to the color of the skin that is blue-grey due to the diatoms (planktonic photosynthesizers) that they have on their skin. 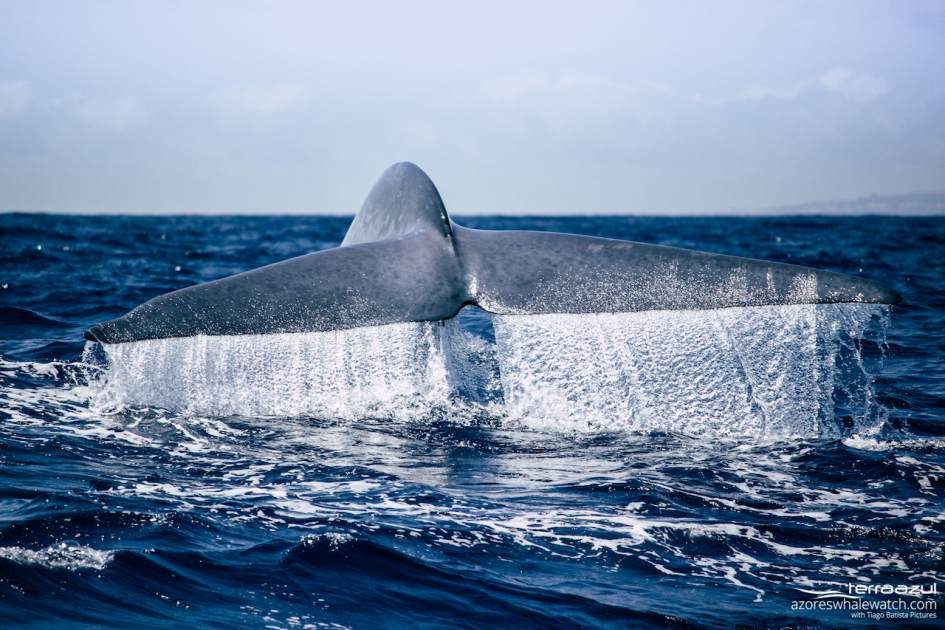 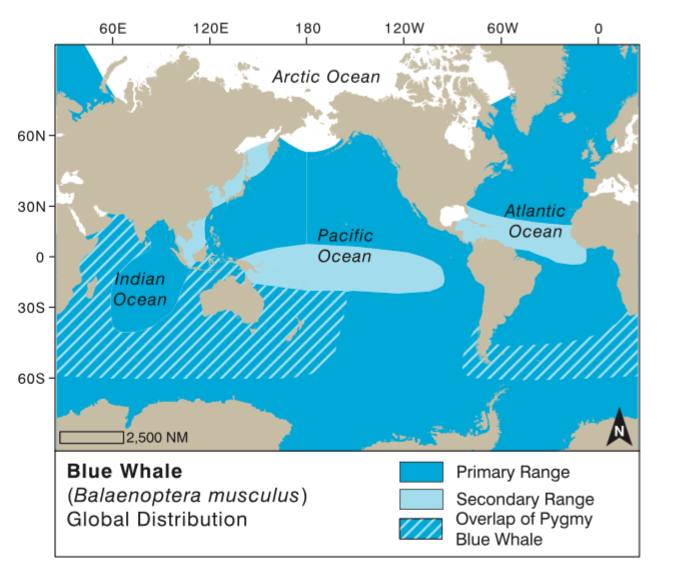 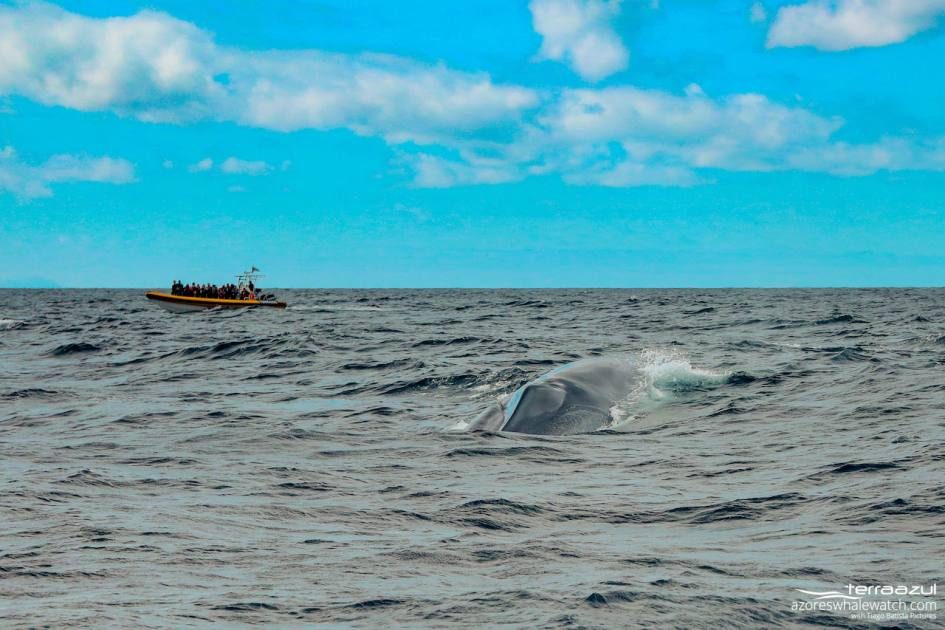 The blowholes on top of the head of a Blue Whale (Balaenoptera musculus).

Blue Whales feed almost exclusively on krill by engulfing huge amounts of krill-laden waters, but also feed on copepods. They either feed near the surface or deeper under water. Blue Whales consume about four tons of food daily, during the feeding season.

Sexual maturity is reached at around 8-10 years (female) and 8-15 years old (male). Breeding and calving take place towards te end of Fall/beginning of Winter (for the Northern Hemisphere). Females give birth to calves every 2 to 3 years and the gestation lasts about one year.  At birth, a new born measure around 7 meters.

Blue Whales are usually solitary but can occasionally gather in small groups. It is a migratory species moving from colder feeding grounds to the equatorial temperate water for breeding and nursing.

Blue Whales are using different ways of communication: moans, groans and various pulsed sound. Blue whales of both sexes produce several types of single-note calls, but only males sing. The infrasonic pulses are from 8 to 25 Hertz. Most of the time, the frequency is so low, that is not audible for humans. There are at least nine separate blue whale acoustic populations worldwide.  You can listen a Blue Whale communicating in this recording collected by NOAA Fisheries.