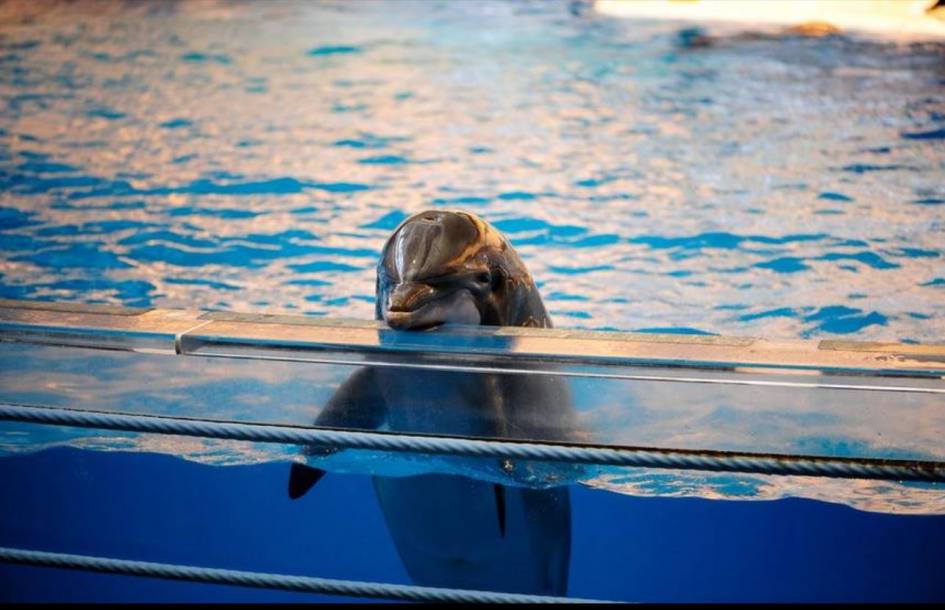 Good news:
Last week TripAdvisor announced that they stop with selling tickets to Seaworld, Loro Parque and other whale and dolphin parks. They don’t want to support any more attractions that breed or import captive whales or dolphins used for public displays. And we agree!

We can only encourage this decision. In one of our previous WHALEZONE.TV episodes our marine biologist Marylou explains what happens to dolphins in captivity. You can check this episode again by clicking here.

Bottlenose Dolphins (Tursiops truncatus) obeying orders from their trainer in order to receive one fish to eat. Source: https://us.whales.org/2016/06/08/captive-dolphin-facility-in-singapore-to-close/

Dolphinariums show us the image of a playing happy dolphin. But behind this facade hides a sad reality: these intelligent animals are controlled by their food and suffer endlessly from the perils of captivity. Stress, illness and agression are frequently seen in captive dolphins.

Even the best facilities can not compare to the open ocean; most captive dolphins reside in shallow, crowded tanks with inadequate room for diving beneath the surface or avoiding agression. Also communicating with the other captive dolphin companions is difficult. Each pod of dolphins is different. They have different languages and a different culture. So when a new dolphin arrives in a dolphinarium, it can not communicate with the others, which leaves them stressed, lonely and confused. 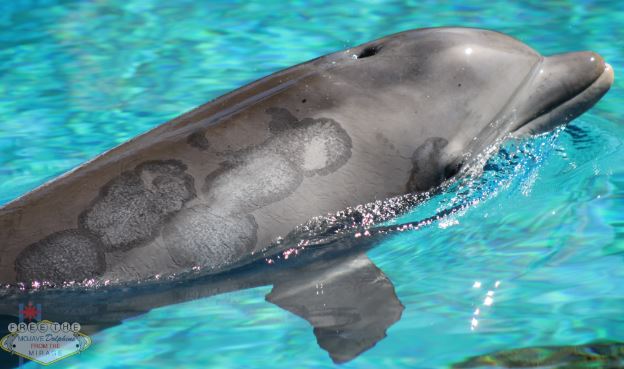 Bottlenose Dolphin (Tursiops truncatus) with skin problems due to captivity

Dolphins held in captivity also have a far shorter life span than wild dolphins. Dolphins in the wild can reach age between 40 – 50 years old. In entertainment parks the life expectancy is only half of that. They are victims of stress, skin illness and depression that can lead to self-harm and suicide.

Considering all of this, please let us not support these entertainment parks! Cetaceans belong in the ocean, where they can be wild and free!