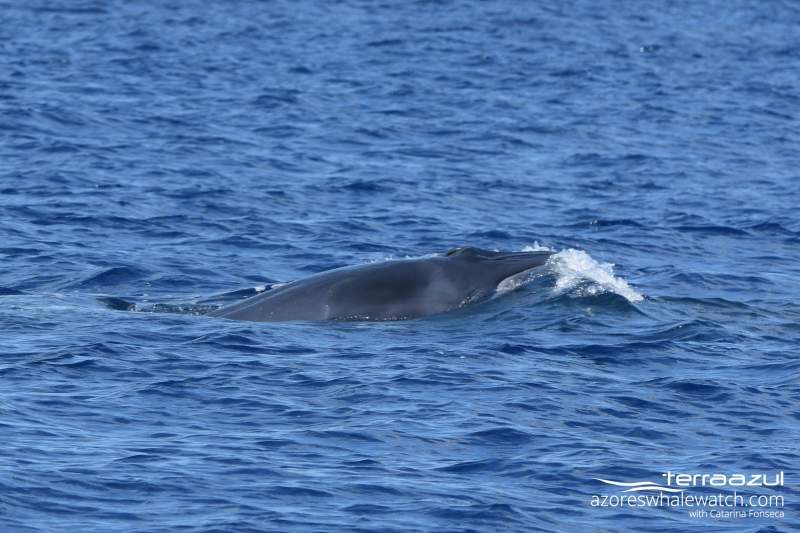 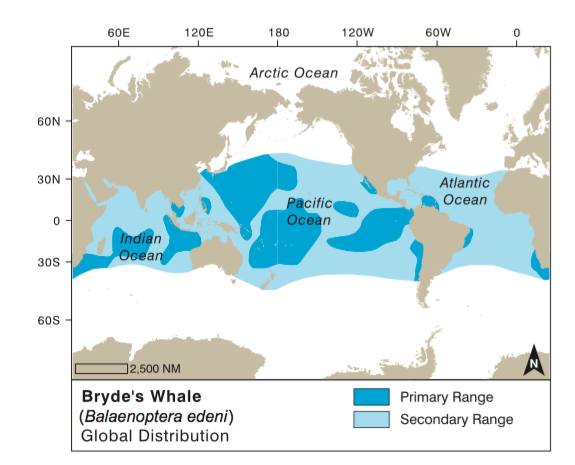 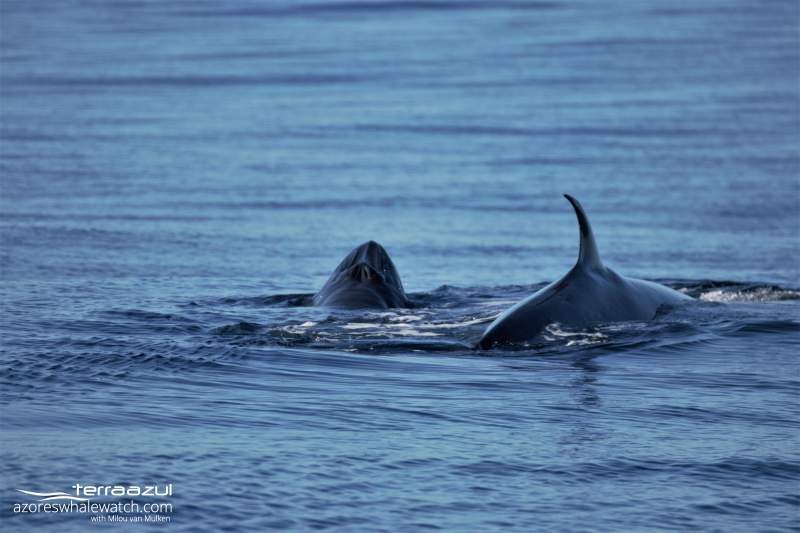 Bryde’s Whales are considered opportunistic feeders targeting pelagic crustaceans and fish (e.g., herring, anchovies, mackerel), or cephalopods without a clear preference. It has been observed that the same individuals switch preys between years and feeding areas, probably following the stock abundance fluctuations.

Sexual maturity is reached at around 8-13 years. Breeding and calving take place towards the end of Fall/beginning of Winter (for the Northern Hemisphere). Females give birth to calves every 2 years and the gestation lasts about 11-12 months. At birth, a new born measure around 3.5 meters.

Bryde’s Whales can form groups of four to five individuals, although they are generally solitary animals. They can perform repeated breaches and they can swim as fast as 20-25 km/h with a cruise speed at around 7 km/h.

Bryde’s Whales produce powerful low-frequency moans around 124 to 250 Hertz. You can listen a Bryde’s Whale communicating in this recording collected by NOAA Fisheries.