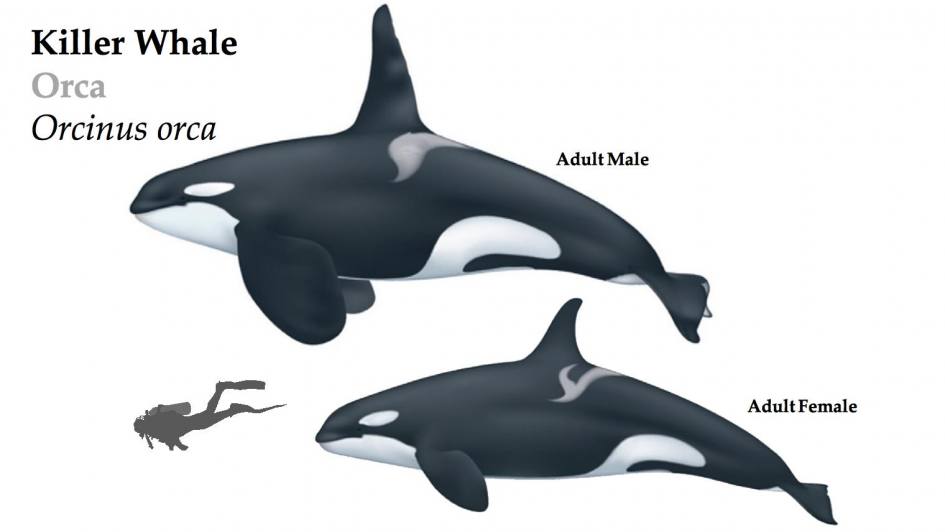 Without a doubt, Killer Whales – also callled as orcas – are one of the most distinctive cetaceans in the world.  They are the largest member of the dolphin family Delphinidae and are also known as Black Fish. The Black fish family (named from their black skin color)  also includes the False Killer Whale (Pseudorca crassidens), Pilot Whales (Globicephala spp.), the Pigmy Killer Whale (Feresa attenuata) and the Melon-headed Whale (Peponocephala electra). 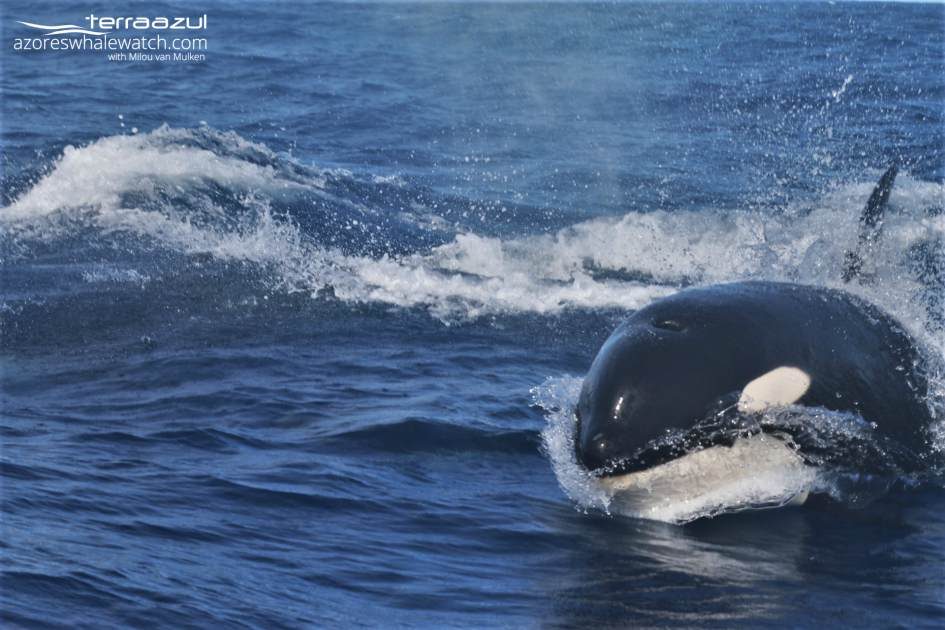 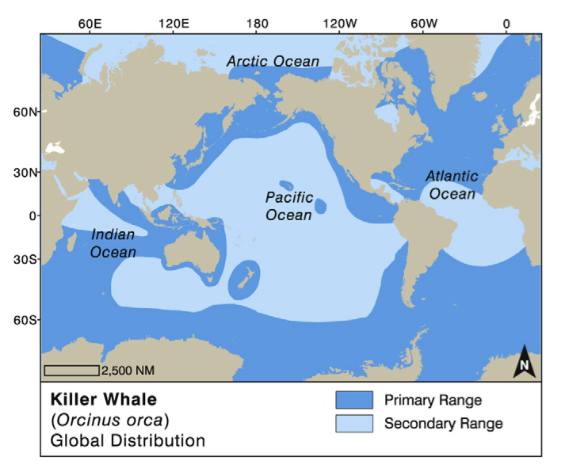 Color: Black body with white patches above and behind the eyes, and under the caudal tail. Grey saddle behind the dorsal fin.

Fins: Large pectoral fins and paddle shaped (up to 1/5 of the body length in old males). Triangular dorsal fin and particularly tall, especially in males, and set midway along the body. 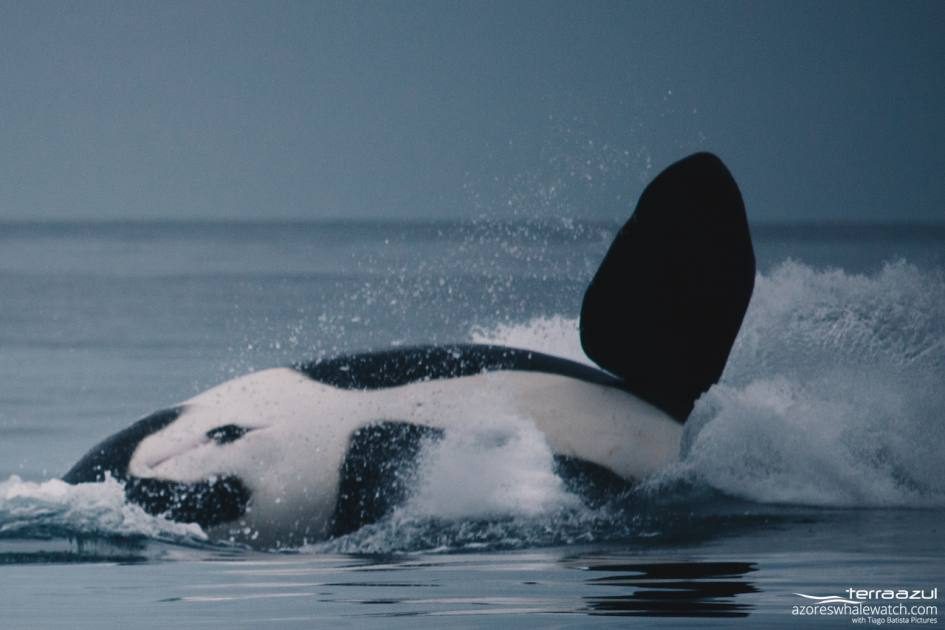 Killer Whales are apex predators, positioned at the top of the food chain. They feed on a large variety of preys: marine mammals (e.g., seals, other cetaceans), seabirds, fish (e.g., salmon, herring) squid, rays and even turtles. Killer Whales may eat up to 230 kg of food a day.

Usually breeding season of Killer Whales takes place from December to February. Sexual maturity is reached at the age of 10 years (female) and 15 years old (male).The gestation lasts about 12 months and occurs once every 3 years. At birth, calves measure around 2.6 meter in length.

Killer Whales generally live in stable and mixed pods of 5 to 20 individuals. A female serves as leader of the group or matriarch. Different pods of orcas might have different diet, feeding strategies, dialects, and even body coloration. That is, orcas have been classified into ten different ecotypes, five for each hemisphere. Such distinction is far from being conclusive but ecotypes seem to be genetically different and well adapted to specific environmental conditions. 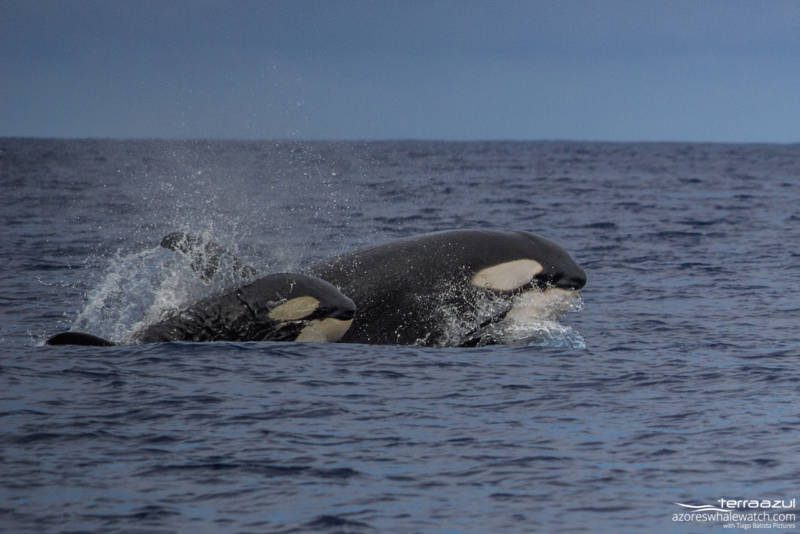 Killer Whales have at their disposal a wide range of whistles, squeals, squeaks, used in maintaining pod cohesiveness and to socialize. They also use clicks for echolocation. You can listen a Killer Whale communicating in this recording collected by NOAA Fisheries.