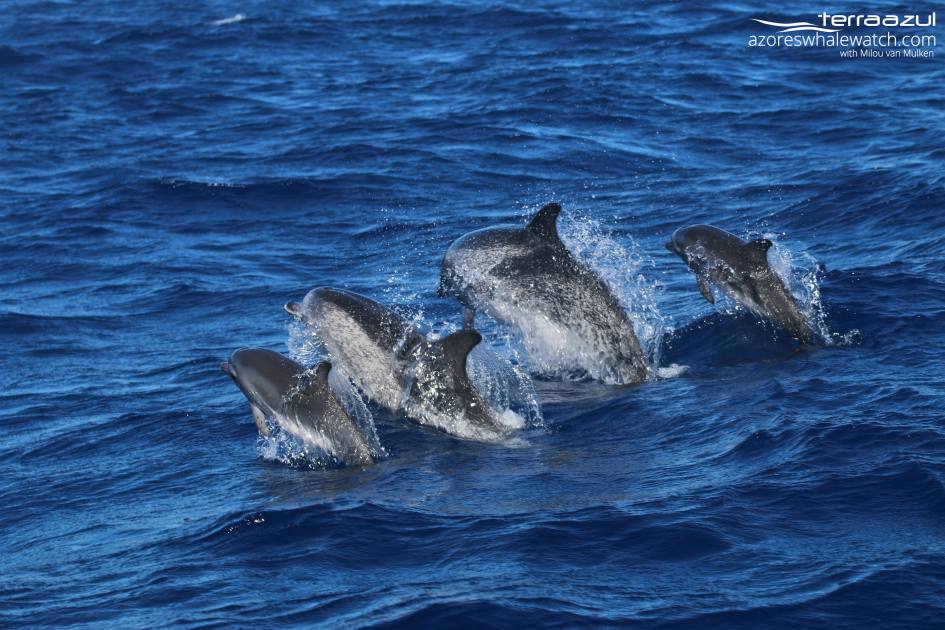 The Atlantic ocean of the Azores was filled with dolphins, but not just any dolphins. It was the Atlantic spotted dolphin. We found this species in this huge pod of around 300 dolphins, what a crazy sighting. We had all ages in this huge pod… males, females but also new born dolphins. With these species, the newborns are very small around 60 cm at birth. These young dolphins were jumping and travelling at great speeds, truly leaving everyone satisfied of encountering such a big pod. We moved north were we found again Atlantic spotted dolphins and when we moved again to the south. Surprise, surprise who was there ? the Atlantic spotted dolphin, this was of now concern to our beloved whale watchers who enjoyed experiencing one of the most amazing animals in the world, in their natural habitat. A wonderful experience in deed.