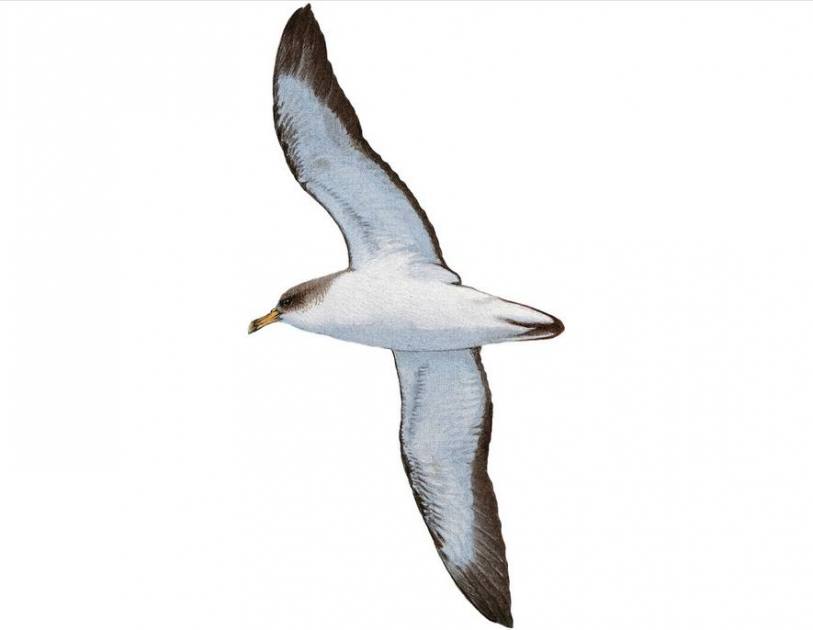 Cory’s Shearwater is a marine migratory species breeding in the Macaronesia region. They are the most representative marine bird species in the Azores Islands, where around 75% of the world population breeds. The English name comes after the American ornithologist Charles B. Cory, while the Latin name calonectris comes from ancient greek calo = « good » and nectris = « swimmer ». That is, Cory’s shearwaters are good swimmers and good divers as they can dive down to 15 meters deep hunting for fish! Cory’s Shearwaters have a flight style very characteristic, with slow and deliberate wing beats. 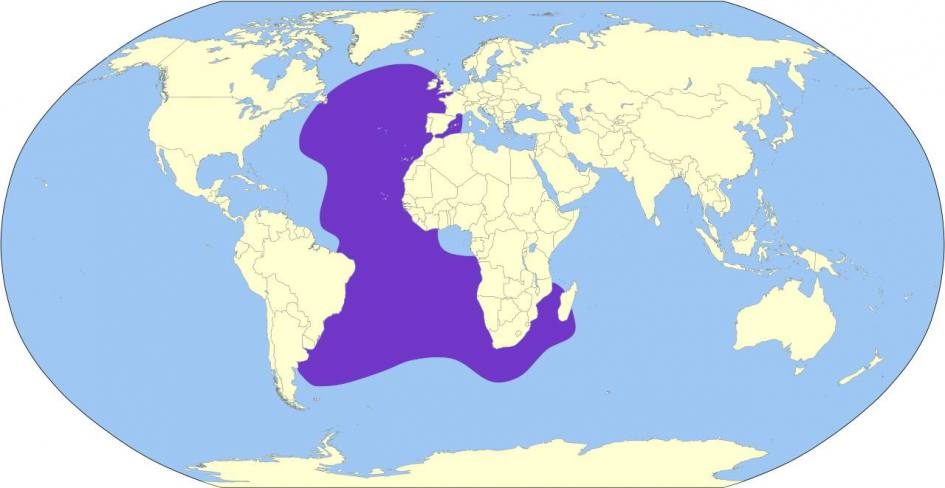 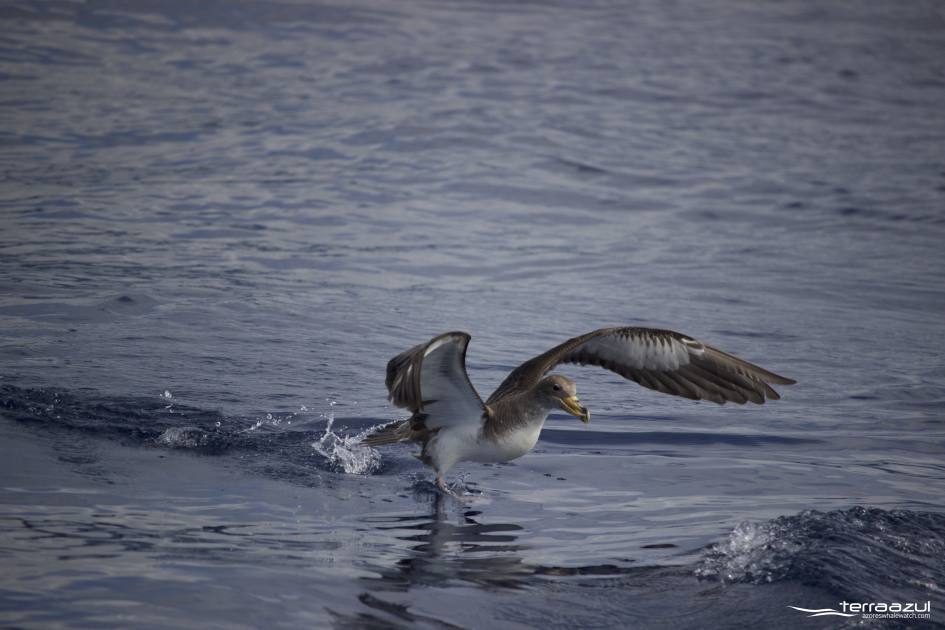 Cory’s Shearwater feed on fish, crustaceans and squids. They mainly feed by pursuit-plunging, pursuit-diving and surface-seizing. They are able to reach 15 meters below the surface with an average at around 5 meters. They are mainly daytime feeders and may congregate in large groups, especially when prey is herded close to surface by other predators such as dolphins and tuna.

Cory’s Shearwaters breed in colonies on barren offshore islands, occupying cliffs, caves and boulder fields. In the Azores, they sometimes form colonies inland on rocky slopes and/or under the Myrica Faya trees. They nest in a burrow where one single white egg is laid. Cory’s Shearwater stay in the Azores during all the breeding, nesting and caring time from early Spring to the Fall. In October they start their migration towards the wintering grounds of South Africa and South America to come back on the archipelago in the late winter around March. The juveniles will reach the fledgling stage and engage in their first flight at around 47-55 days. They will spend around 5-7 years at sea before to approach the breeding colonies looking for a mate. Cory’s Shearwaters tend to mate for life with the same partner and can live more than 30 years.

Cory’s Shearwater produce characteristic vocalizations, especially at night, when they return to their nest after the sunset and until dawn. Cory’S Shearwaters vocalizations are sexually distinct and even allow for individual recognition. Males emit short and hard sound calls ending with a stronger tone sounding like goowaka-waka-eeeh’ , while females produce more nasal and lower pitched bleating call which might seem a didgeridoo tune. You can hear Cory’s Shearwaters’ calls in this recording from Tomás Tello  . 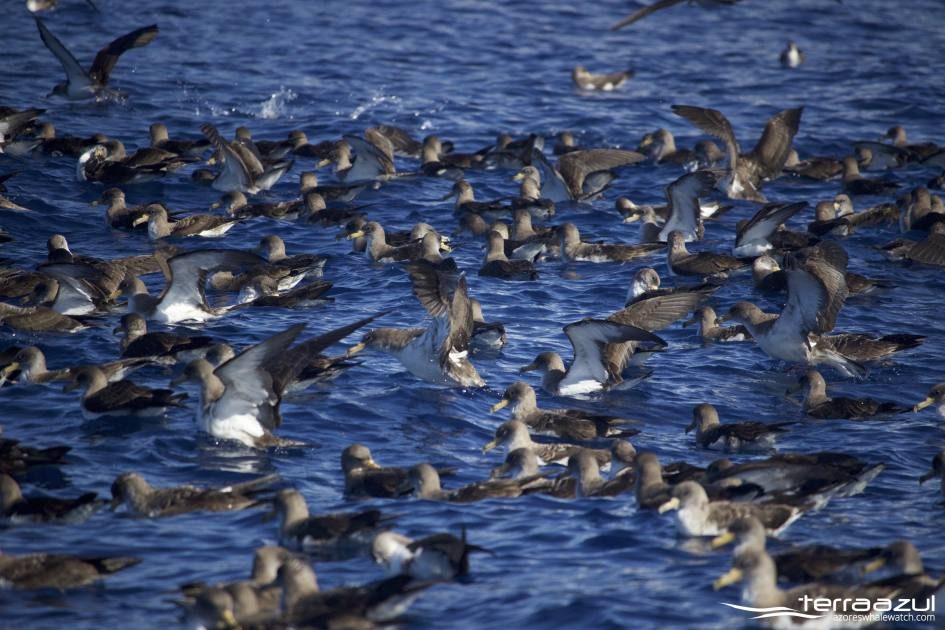