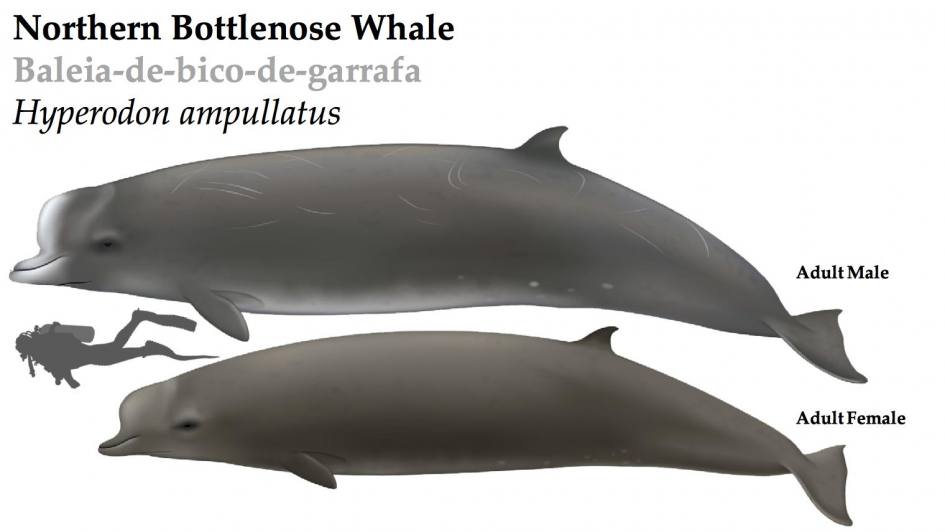 Northern Bottlenose Whales, Hyperoodon ampullatus, are endemic to the North Atlantic Ocean and have an estimated population of at least 10 000 individuals. They are the largest beaked whales that can be spotted in Azores. 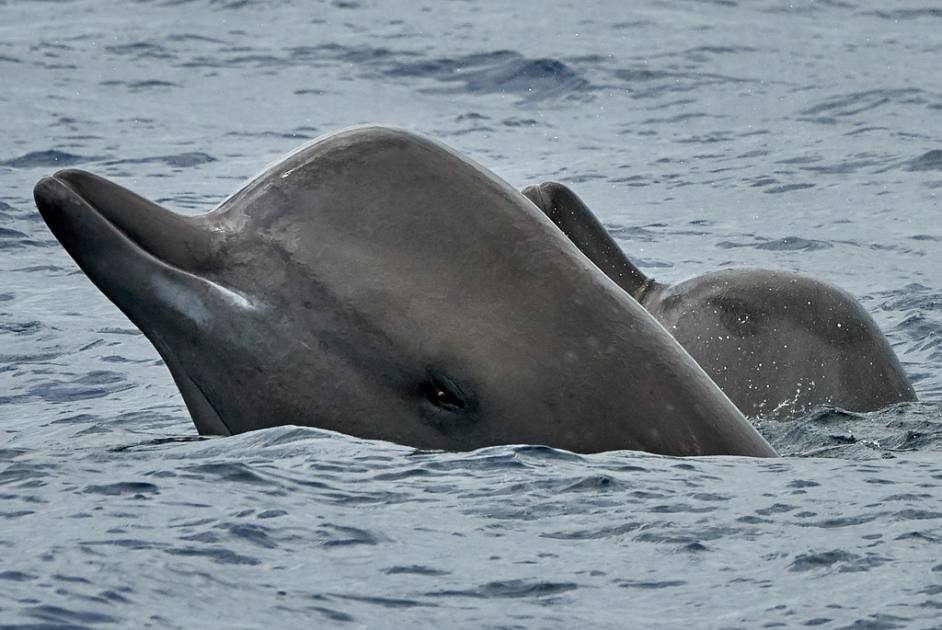 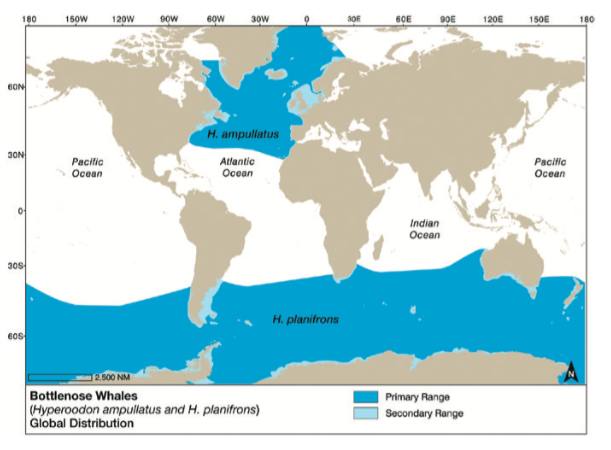 Color: Dark-brown Back, and slightly paler belly. Usually old males have a white patch on their head.
Head: pronounced sexual dimorphism: small melon and uniform color (female); distinctive bulbous melon and white patch on the head (male).
Fins: Falciform dorsal fin on the two-thirds of the back.
Teeth: One pair of teeth at the tip of the lower jaw (mature male).

Sexual maturity is reached at the age of 8-14 years (female) and 7-9 years old (male).The gestation lasts about 12 months. Females usually give birth every 2-3 years. At birth, calves measure around 3 meters in length. Mating and calving occurs in April-Juin.

They are usually in pod of 4-10 individuals. Northern Bottlenose Whales live in mixed age groups during the reproductive season. Scarring is typical, especially on males, due to social aggressive behavior. 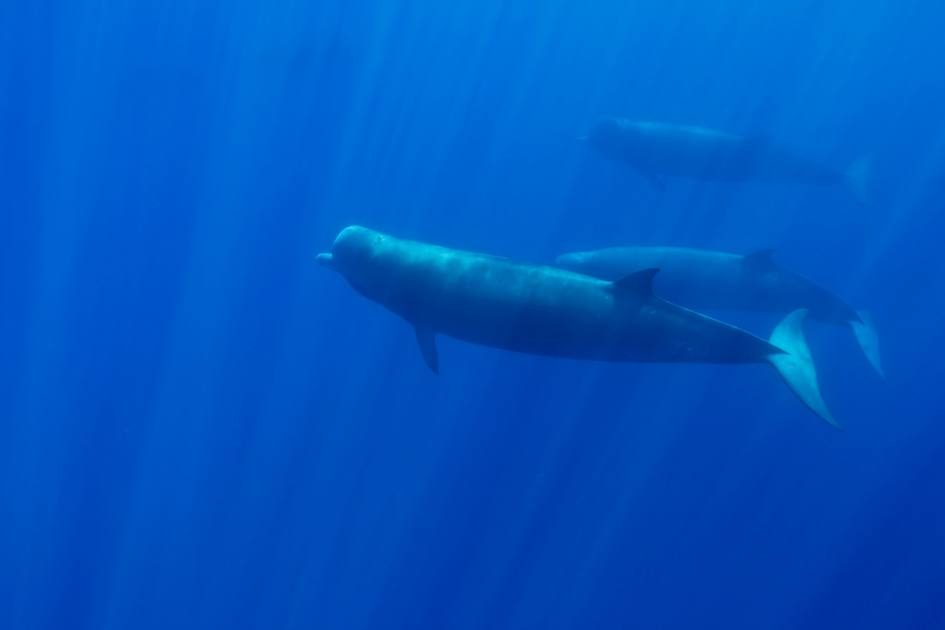 The Northern Bottlenose Whales’ communication behavior seem restricted to high frequencies whistles (24 kHertz) and echolocation clicks. You can listen to their calls in this recording from Canadian waters.