Since when are Blainville’s beaked whales interested in us? 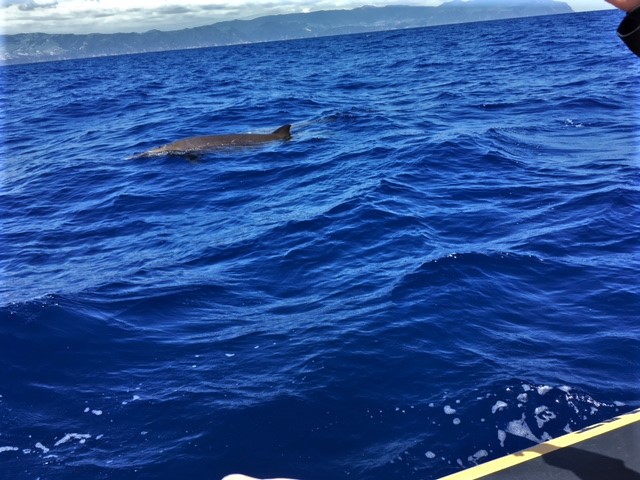 This blog post is from yesterday’s afternoon tour, as it took some time to get the Beaked whales species sorted out, it is a bit delayed!

Starting off, we had a fantastic encounter with a baby Fin whale, which became even more fantastic after its mother joined and they kept on surfacing simultaneously for a while. It was such a big difference between the body sizes of the 2 whales, the calve must have been recently born in the South of the Northern hemisphere, before joining its mother on its migration to the north 🙂 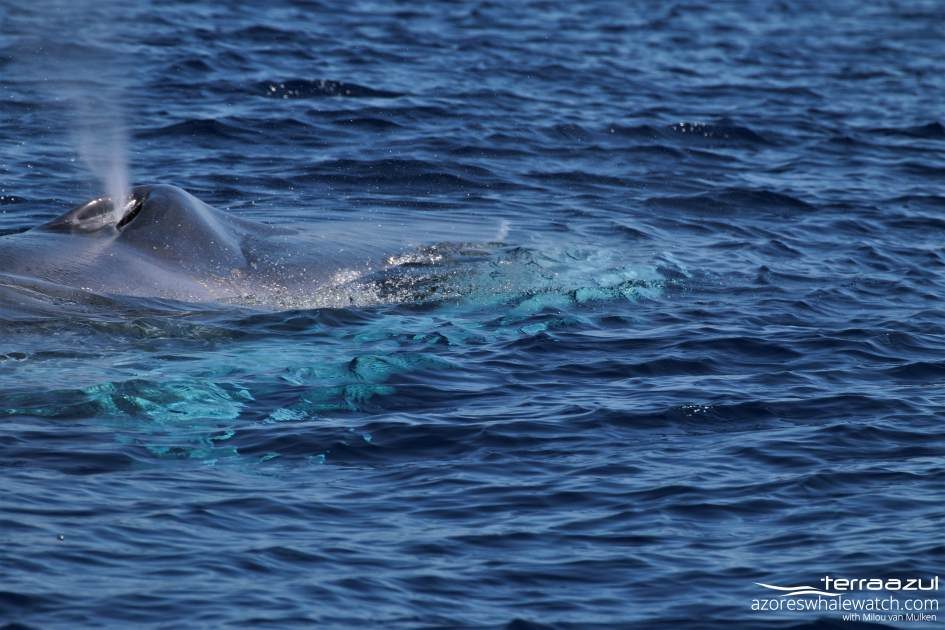 Little did we know, that a huge surprise was still waiting for us, when we left the whales alone, in search for something else. Suddenly light brown dorsal fins started to appear in front of us, and soon we realized they were Beaked whales. Of course, it is always excited when Beaked whales appear, but these ones suddenly started to come really really near to our boat, being extremely visible both on the surface and underwater. They completely lost their usual shy behaviour, and took interest in the boat for a long time. 2 calves were visible, 1 male with those huge fangs sticking out of his lower jaw, and several females.

An underwater video of the Beaked whales will follow later today on our blog or facebook page, keep your eyes out!

At first we thought they were Cuvier’s beaked whales, but after closely checking the videos we are now almost sure they are Blainville’s Beaked whales. Thanks to Mr. Robert Schenck for the photo! We don’t know why they choose to stay next to the boat instead of instantly diving down, which they usually do. In general, very little is known about Beaked whales, so to all of you on yesterday’s afternoon trip: consider yourself lucky to have witnessed this special observation 🙂