The fin whales are still around :) 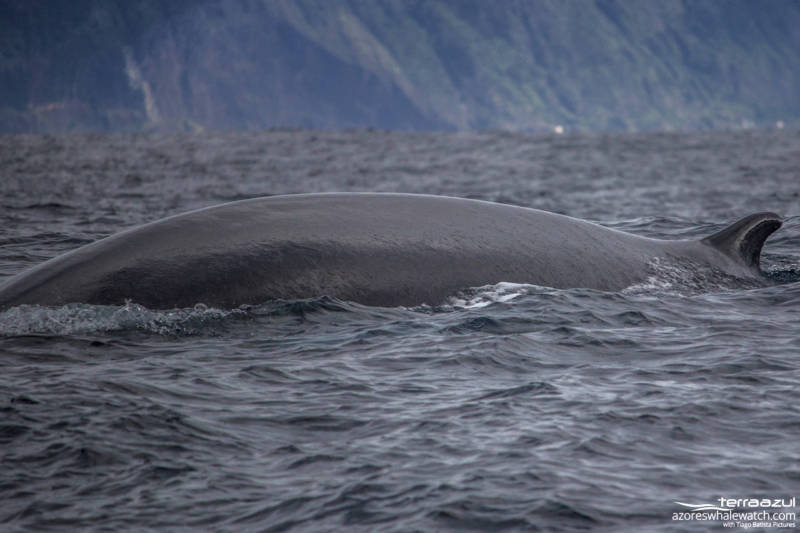 The three fin whales we have been observing in the past days are still around. They are showing up around the 1000m bathymetry off the south coast of São Miguel. 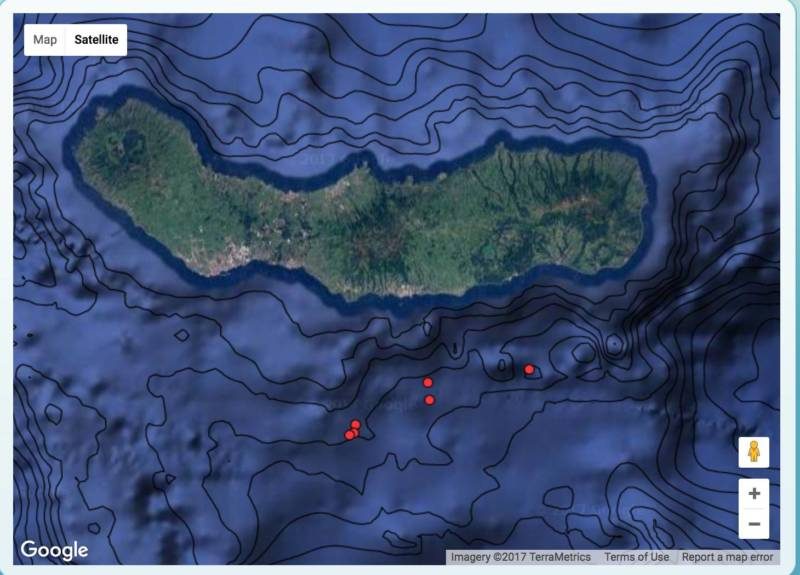 Azorean waters are used by baleen whales for resting and foraging before continuing their migration. We could say that the Azores are like motorway cafés 😀

This morning our lookout saw some jumps, and considering the whales were foraging when we got there, it could be these jumps were related with lunge feeding. This strategy, used by rorquals, consists in accelerating under water and engulfing huge amount of water and prey. Due to the high speed the whale’s movements may result in exposing the body out of the water. 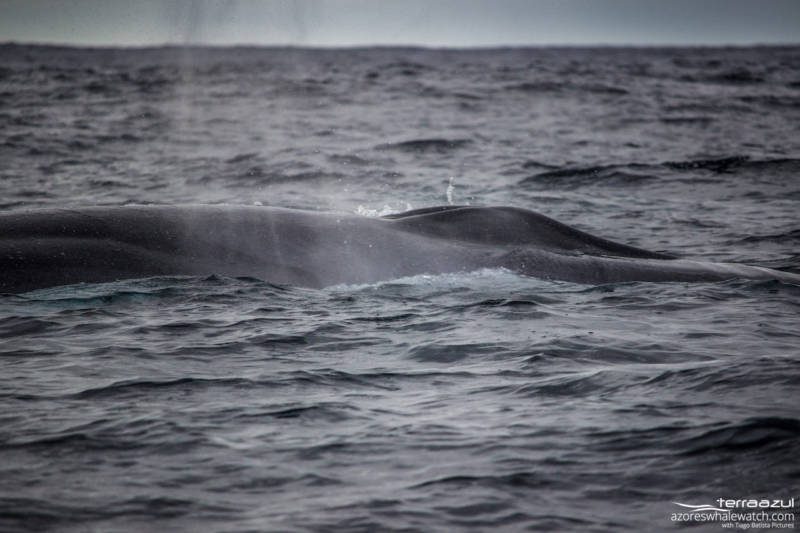 This morning we also saw few Risso’s dolphins close to the shore including a juvenile while socializing.

For the next days the weather forecast looks pretty bad, however since the Azorean weather is very changeable we cross our fingers for such a change 😛