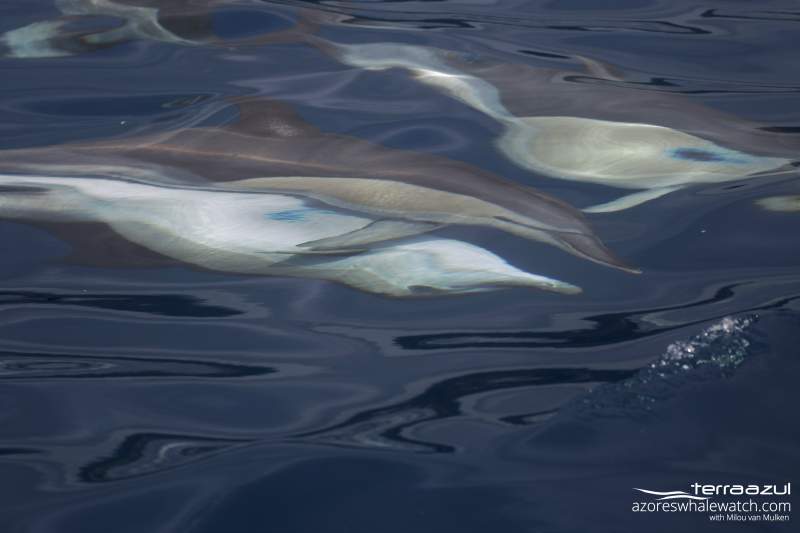 Today was a day with very particular animal behaviors!

Starting with the Atlantic Spotted dolphins, which was a huge group of about 100 feeding with Cory’s shearwaters. Nevertheless they were a bit shy and only some approached the boat, but not all of them.

Then the whale bell ringed again! We spent a lot of time waiting for a male Sperm whale but unfortunately he never came up. This is what we call freedom; at least in the ocean the animals have the choice and space to dive whenever they want to. In the meantime 3 females came but they were always travelling fast and relatively far. 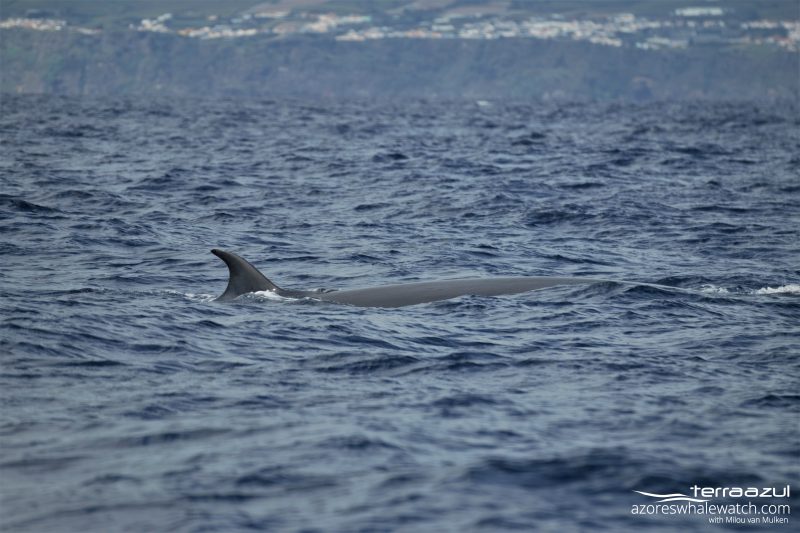 What species of Baleen whale is this, Bryde’s whale or Sei whale? Hard to tell!

In the afternoon a baleen whale appeared! At first the whale was travelling very fast and diving down each time we came close. Of course we approached slowly all the time, and eventually the whale made a big surprise and blowed right next to our boat. The only question was; which kind of Baleen whale was this? We started by thinking it was a Fin whale, but after a close look to our photos and the dorsal fin, it is clearly either a Sei whale or Bryde’s whale. The dorsal fin is too tall and pointy to be a Fin whale after all 🙂 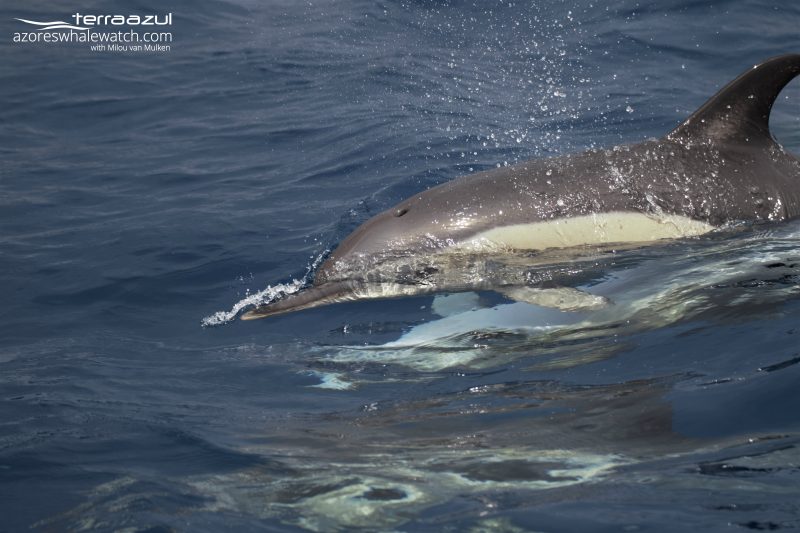 Then we found a super active group of Common dolphins. It was incredible but they were chasing each other to mate the females all the time! The poor females must have been so tired afterwards. Our clients were enjoying the mating ritual and looking at how the dolphins were literally on top of each other – stomach to stomach. (see photos)

So, new baby dolphins are coming for next year! or, was it just for fun as they sometimes do? 😉 Keep an eye out for tomorrow’s news.