Have you heard about Grapsus adscensionis ? 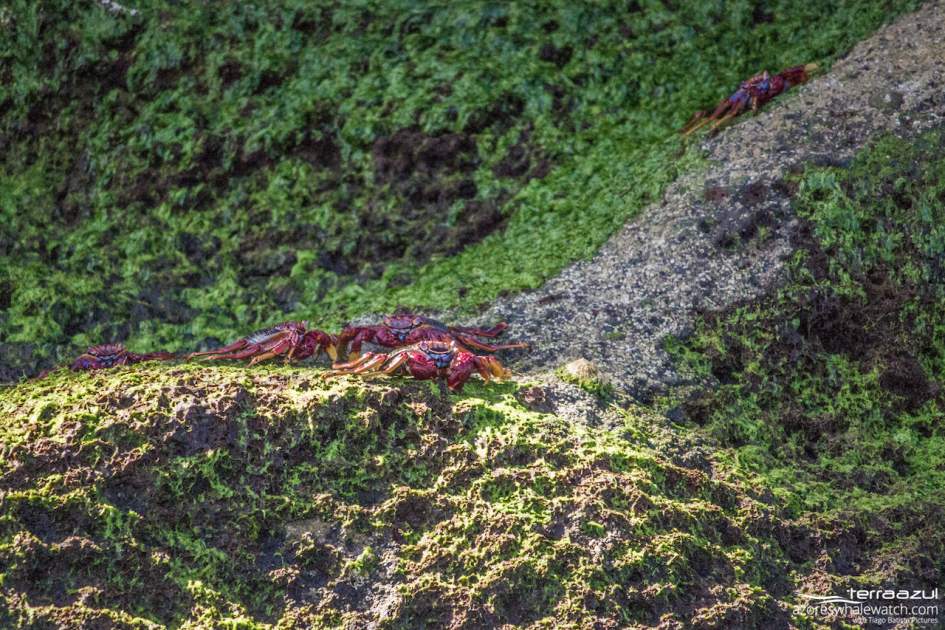 Marine life is interesting regardless the size of the animals. One can be mesmerized by the size of a whale or the smallest visible cell of phytoplankton. It just depends how one perceives nature.

So today let me introduce you Grapsus adscensionis or commonly known like the “Red rock crab”.

But first what is actually a crab ?

Crabs belong to the family of Decacop Crustaceans, meaning that they are animals that have ten legs, and have an exoskeleton or a carapace composed of the same material our nails and hair is made off, Chitin. They also have a pair of claws that allows them to hunt and protect themselves from predators. They walk sideways, this motion system made them quite popular since it is curious to see them in movement.

In the world there are more than 6,793 species of crab in the world, some found in the oceans, fresh water and even on land.
these fascinating creatures have adapted to their environment by using either gills to breathe underwater or lung-like structures to breath on land. 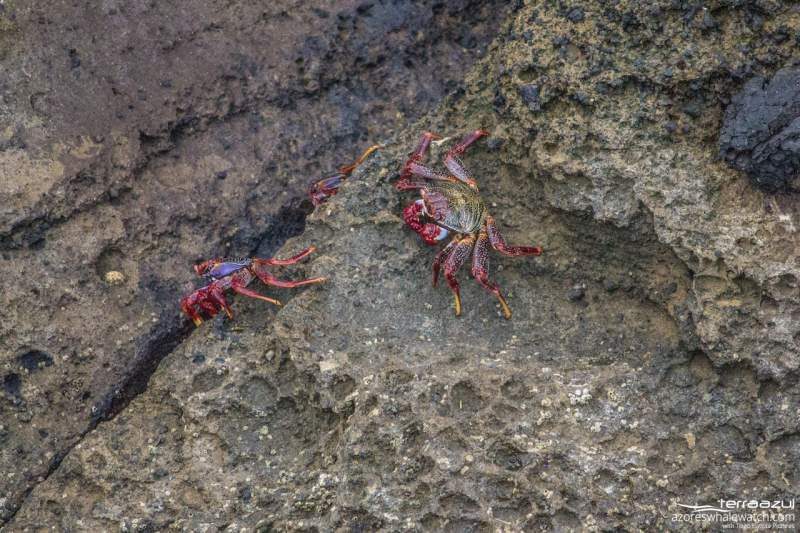 So this short description was made to introduce the Red rock crab that can be found in Azores. They can easily be seen on our tours at the little volcanic island of Villa Franca.

So now that you know a little bit about Decapods check what species lives around your lakes, seas or oceans near by and try to see what species they are. =) 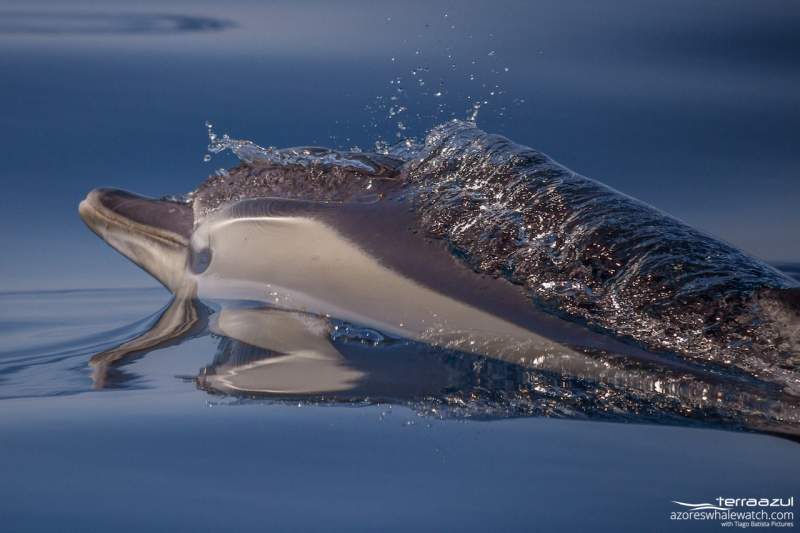 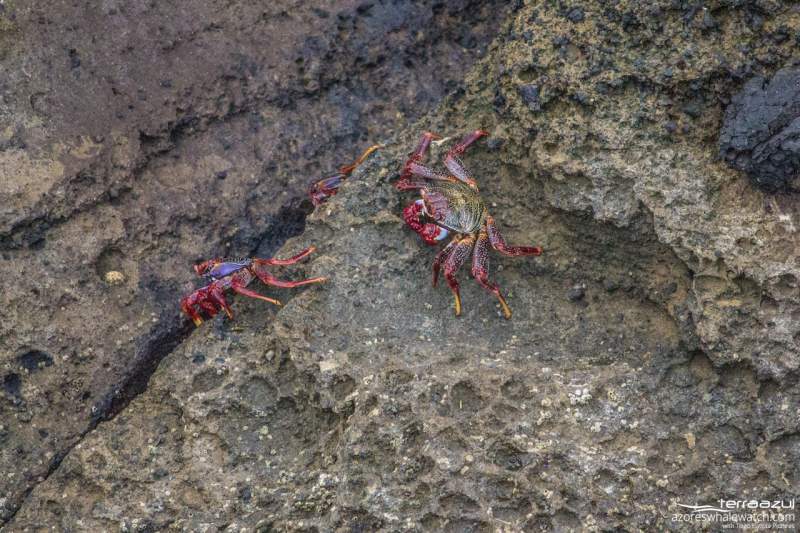 Because the ocean is not only whales and dolphins …

Arianna Cecchetti
Ready for Wildlife in the Wild? Book Online