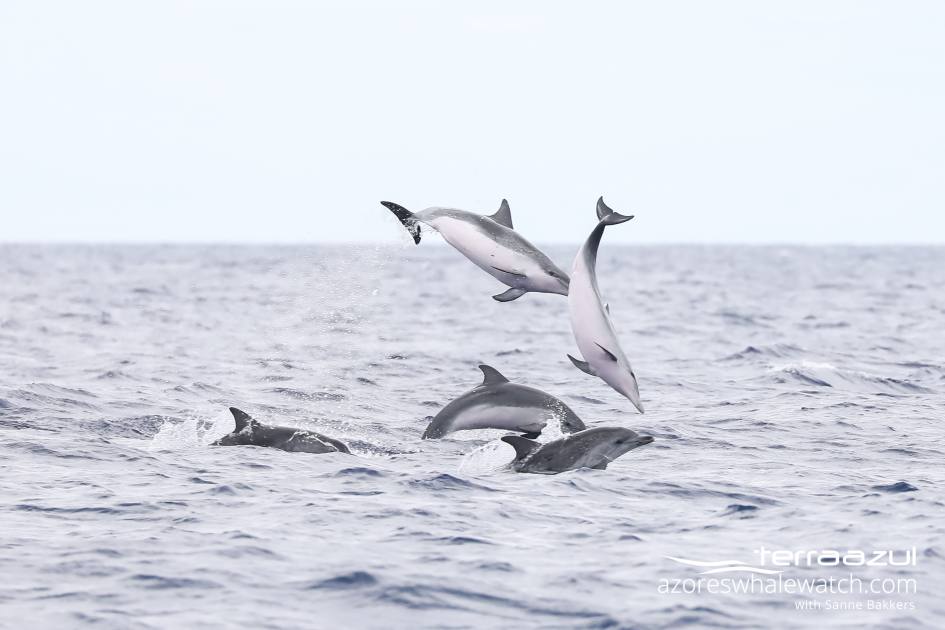 The south coast of São Miguel is full of life at the moment! In today’s morning tour we found ourselves in the company of Common Dolphins (Delphinus delphis), Atlantic Spotted Dolphins (Stenella frontalis), and Risso’s Dolphins (Grampus griseus). The common dolphins and spotted dolphins were foraging, searching the big blue for a good breakfast. Both species had many small calves in tow – some newborn, others already several months or more than a year old. These babies typically start to take solid foods after six months, but will often continue to drink the fatty milk provided by their mothers for one or several years. 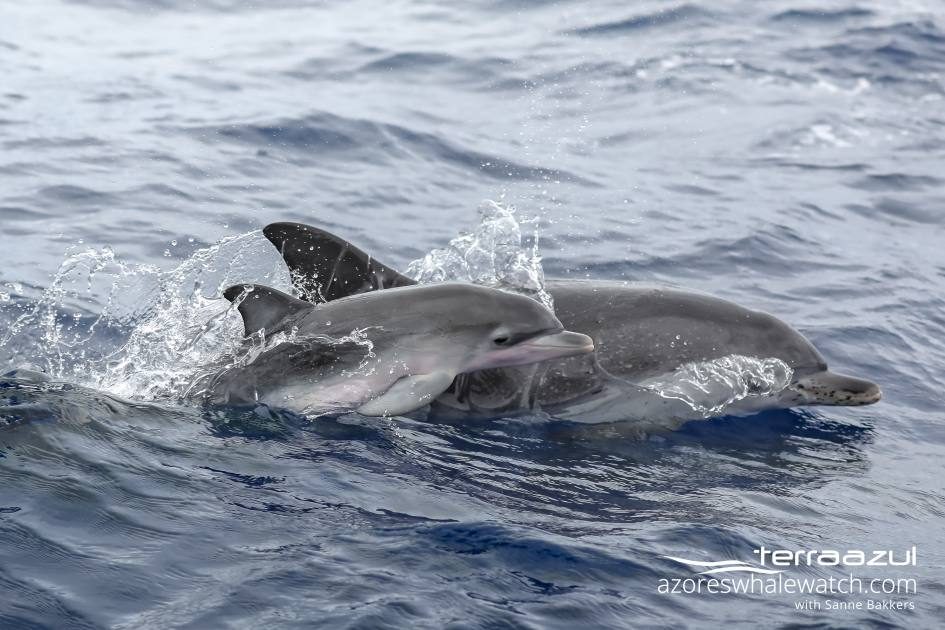 Atlantic spotted dolphin mother-calf pair: compare the spotless skin of the calf with that of the spotted mother.

In the afternoon, we had the opportunity to indulge in the cuteness of little baby dolphins once more. Newborn common and spotted dolphin babies are about 80 cm in length, not that much bigger than a newborn baby human! While common dolphin calves share the same pigmentation patterns as their parents and other mature individuals, Atlantic spotted dolphin calves do not. They are born spotless and will start developing speckles after they are weaned. A little later, more and more spots will appear; slowly building up the distinctive mottled pattern of light and dark spots that adult Atlantic spotted dolphins are known for! 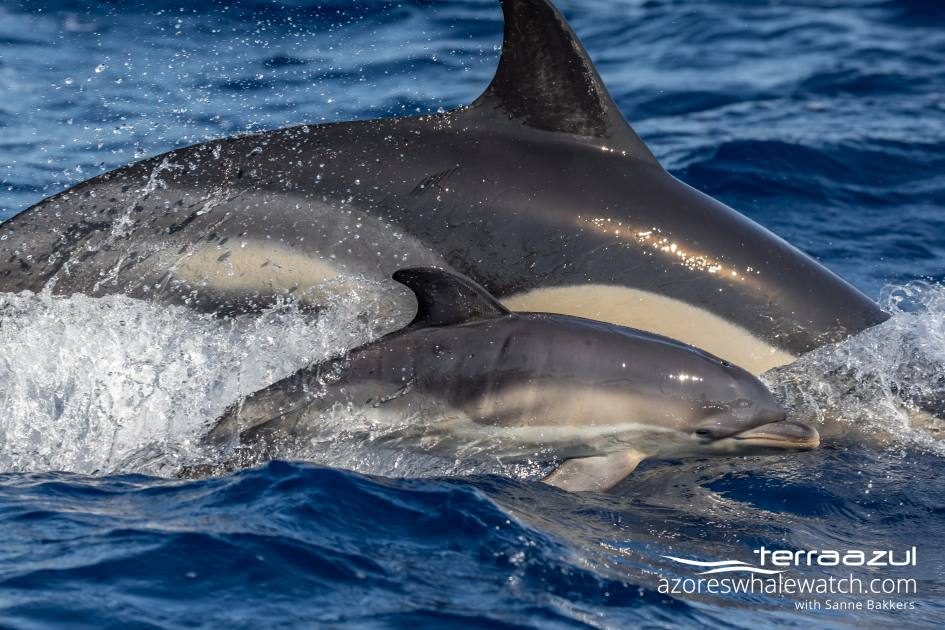 We finished the day with two “gentle giants”: a pair of amazing Sei Whales (Balaenoptera borealis) that were most likely feeding on small schooling fish in the water column. 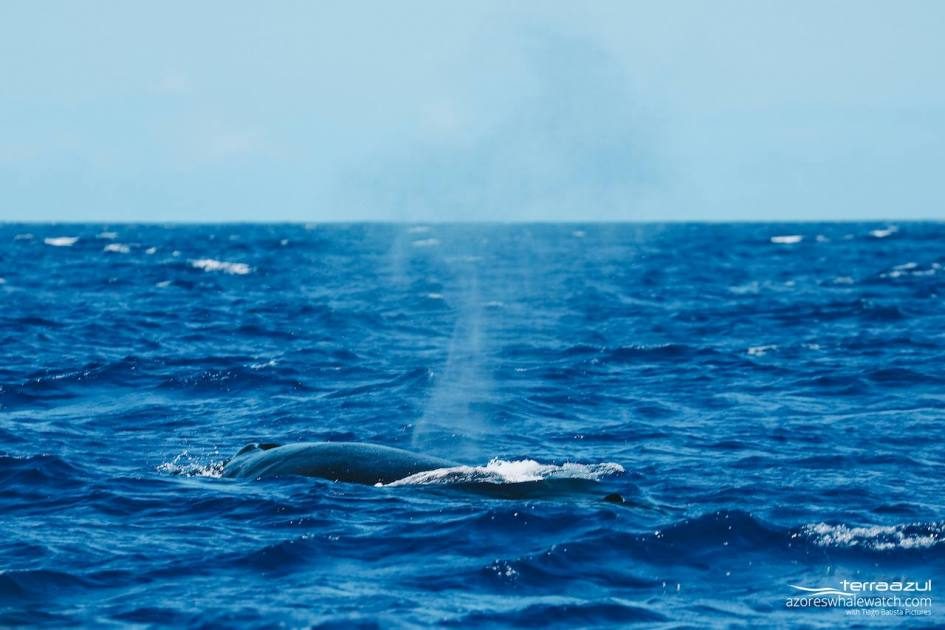 Stay tuned for our next ocean wildlife adventure!