Time to take a breath! 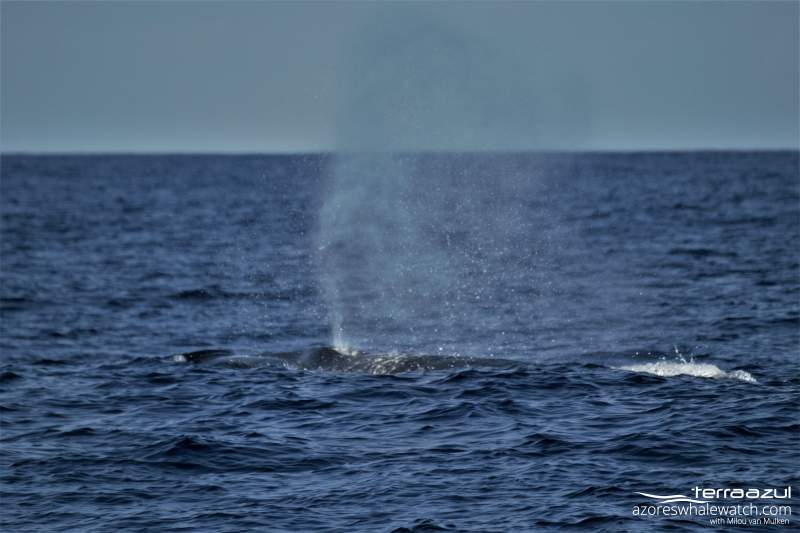 After a mixed week with a lot of rain and wind, the sea has finally calmed down today and  we were able to take off again to watch our beloved Cetaceans 🙂 !

Fortunately for us, our tour began with the sighting of a Baleen Whale. Baleen Whales are migratory and usually just pass the Azores during spring time between March and April. But every now and then we are able to spot one of them during the summer time. The companion we saw today was a Sei Whale (Balaenoptera borealis). It was shallow diving and only came up to the surface for very short periods of time to take a breath, so we had a hard time in identifying the species. We had to keep our eyes open as our fellow was appearing at different places each time. 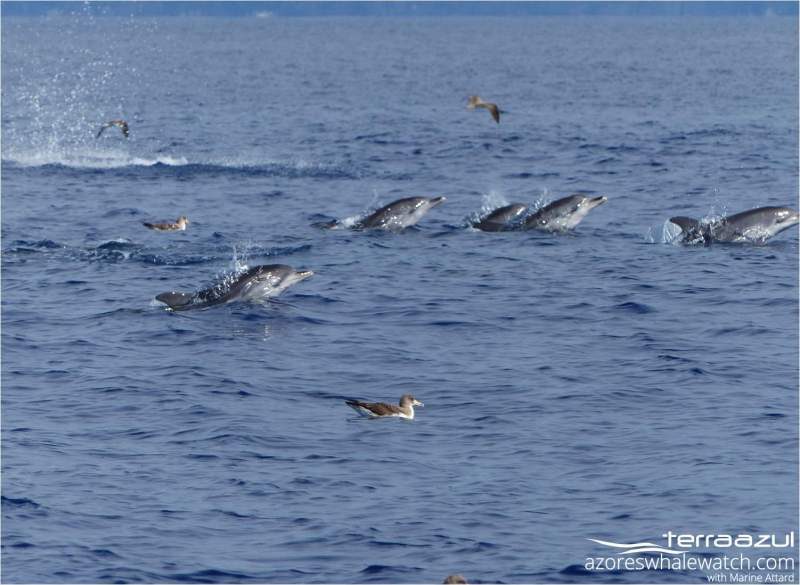 After a while our lookout Nicole was spotting a big group of Atlantic Spotted Dolphins (Stenella frontalis) in some distance. They were migrating in South East direction, dislocating and meeting again. Among them were many calves, probably only a few weeks to days old. 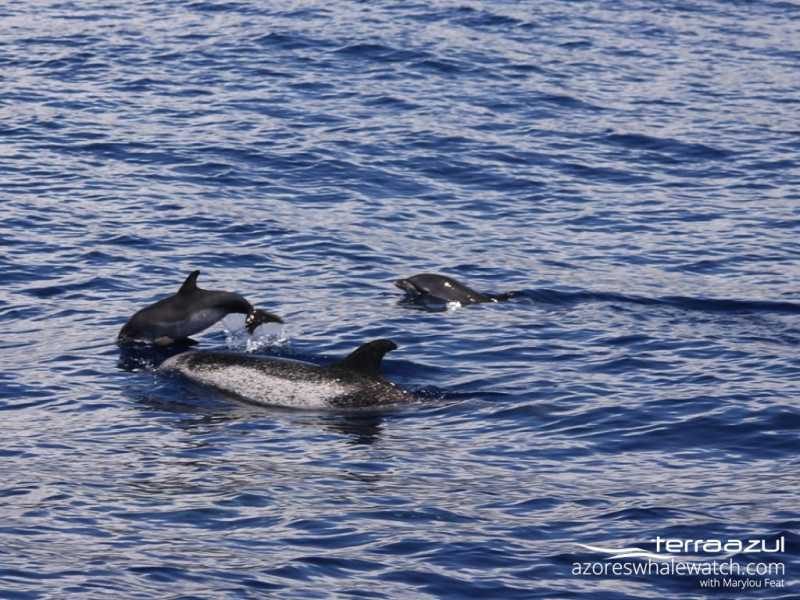 The tiny, cute babies were swimming close to their mothers. We were able to see the difference in the colour pattern between them and the adults really well. They are still completely grey, while the parents are completely covered with spots. Just like the Sei Whale, this is a migratory species. They stay here in the Azores during the summer and we are always happy to see this beautiful and active species 🙂

In our afternoon tour we were able to see the Sperm Whale (Physeter macrocephalus) and Bottlenose Dolphins (Tursiops truncatus).