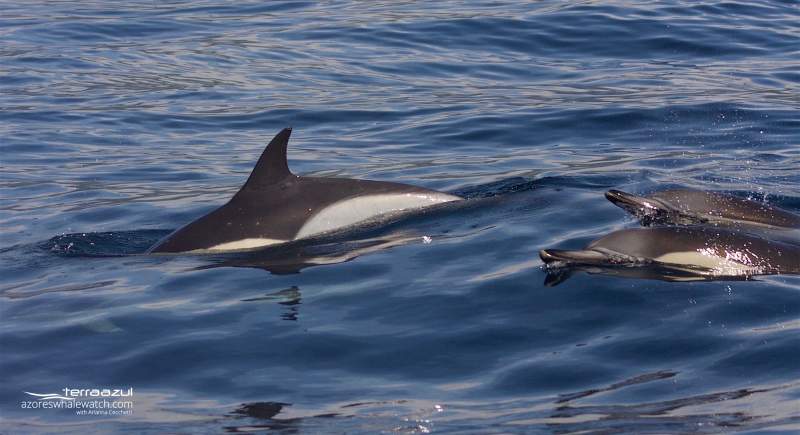 Today we spent the day with common and Atlantic spotted dolphins during both watching and swimming activities.

The common dolphins were in a socializing mood, especially in the morning when we found a group not too far from the Ilhéu of Vila Franca do Campo. They were tight and we could observe lots of body contact, belly up and some aerial behaviour such as headslaps, meaning hitting the head on top of the sea surface once or repeatedly. 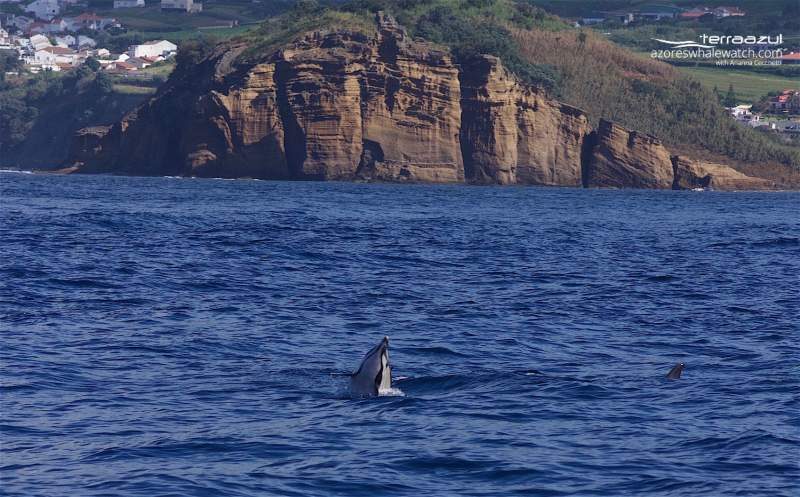 The Atlantic spotted dolphins were at first hiding and difficult to see, but later in the day they started to be more active closer to the surface, likely in a first stage of cooperative foraging. This is why Cory’s shearwaters seemed to be interested in their movements and started following the dolphins in the eventuality they could take advantage of some tasty snack.

In the group of spotted dolphins we could observe at least a couple of mothers with their newborns and lots of juveniles. A small group of juveniles passed next to the boat showing synchronized chasing movements, which eventually confirmed they were engaged in foraging activity.

The ocean was definitely full of dolphins today, how about tomorrow? Come and join us to discover it 😉