Dolphins as far as the eye can see! 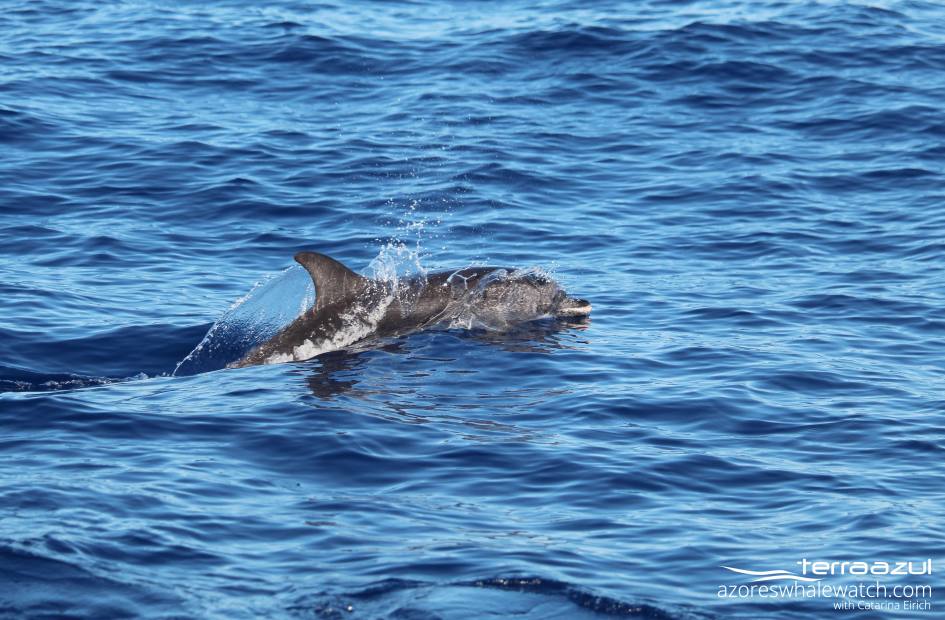 Autumn has just arrived in the Azores and temperatures are already dropping. Nevertheless we had a wonderful tour in the morning with bright sunshine and almost no clouds! The last few days we already noticed a big gathering of the Atlantic Spotted Dolphins (Stenella frontalis) in front of the coast of São Miguel. They are a migratory species and are preparing to leave Azorean waves soon for some warmer waters around the Gulf of Mexico.

So we whitnessed a big feeding event of 1000´s of Spotted Dolphins outside in the ocean. You could see them as far as the eye can see. The Dolphins are recharging their batteries and saving energy for the long journey across the Atlantic Ocean. They were accompanied by Cory´s Shearwater (Calonectris borealis), who tried to catch some byfish.

The Spotties have very smart feeding strategies and hunt with tactics. So they usually generate vortices around fish pods like mackerels or sardines, to hold the pod together. Then they have an easy job and can swim through the fish from all angles with open mouth and enjoy 😉 We were able to see 3 different fish pods that were hunted by the Dolphins. 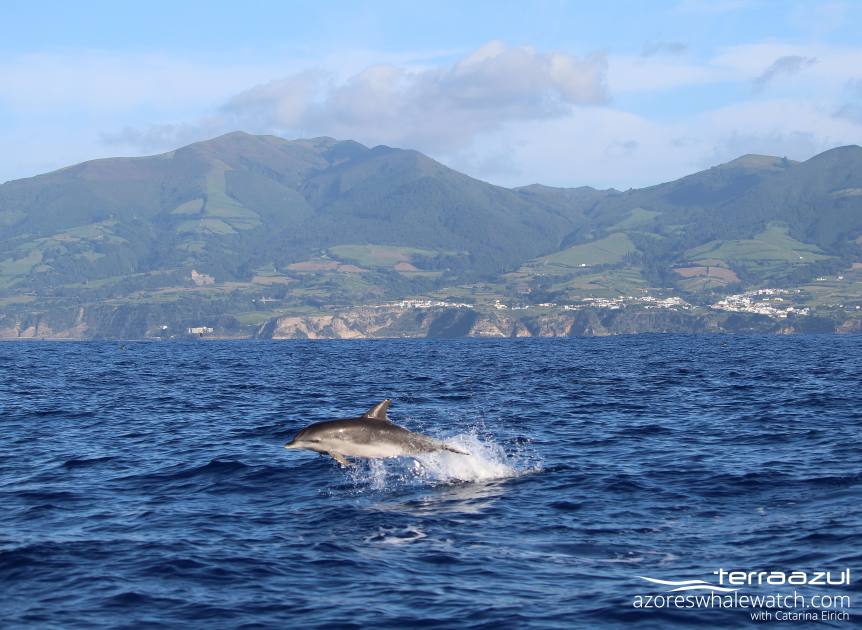 With our hydrophone in the water we were also able to listen to them communicating. They usually use a wide variety of whistles, loud clicks and squeaking sounds. Hearing those noised is always impressive and overwhelming!!

Every day we believe it was the last sighting of them for this year. So it remains to be seen whether we will find the cheerful species again tomorrow. 😉

Jefferson, Webber, Pitman. Marine Mammals of the World: A Comprehensive Guide to Their Identification. Academic Press, 2015.