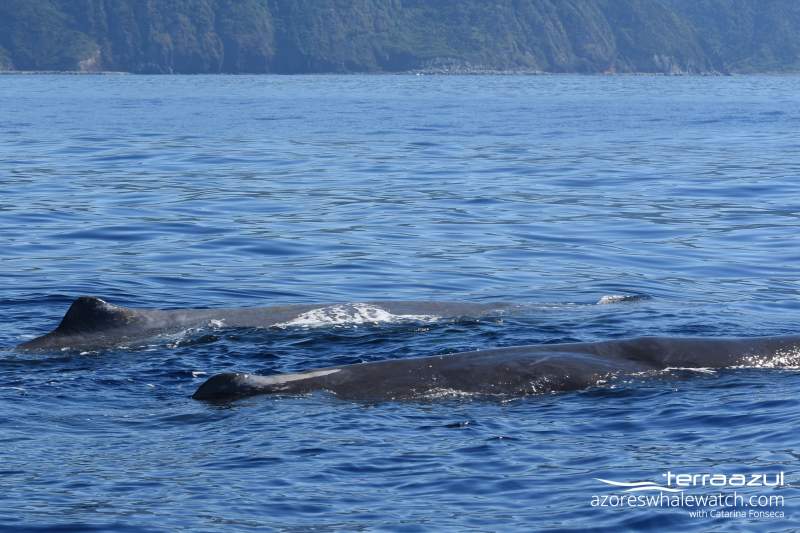 Today we had an awesome morning Tour! Our lookouts were blessed with perfect visibility and also our beloved Cetaceans were in a good mood 😉 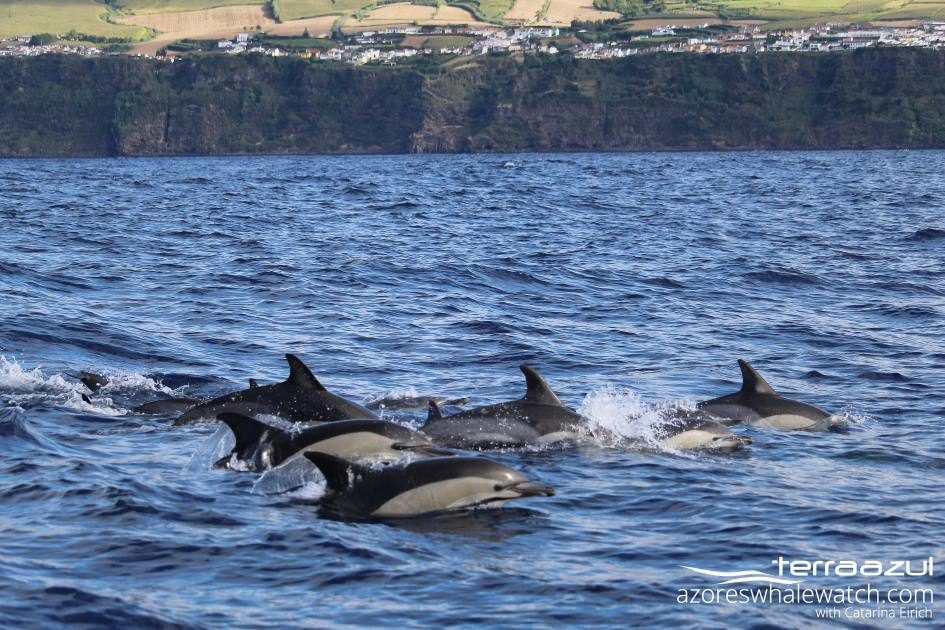 In the beginning of the Tour we saw a big group of Common Dolphins (Delphinus delphis). They were migrating calmly in east direction, just in front of Ponta Garça, where one of our lookouts is sitting with his binoculars. After we accompanied them on their journey for a while, they came to a rest and became very calm. Maybe it was time to get some sleep. Dolphins sleep by switching off one half of their brain. However, the other half is always awake as the animals still have to swim to the surface to breathe. 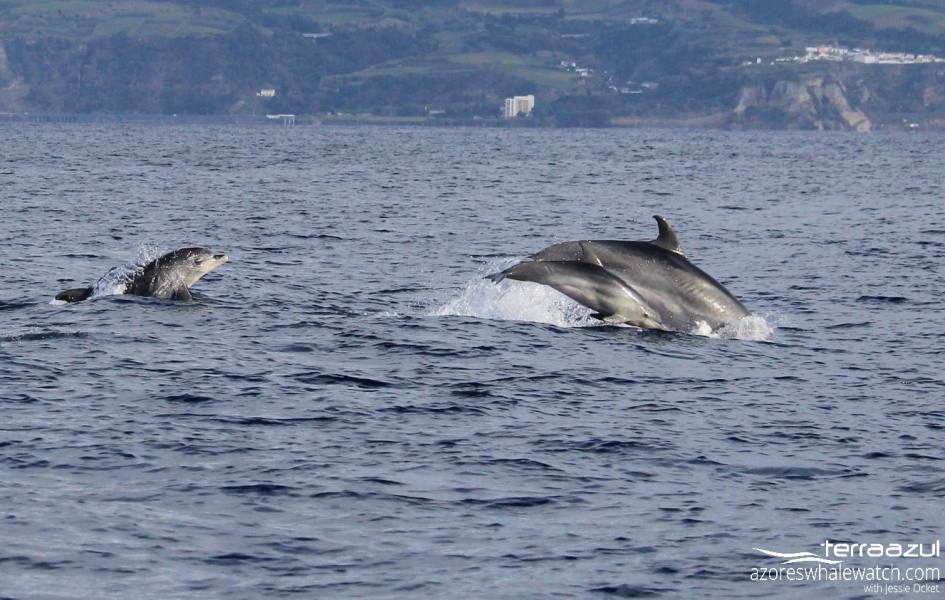 Small pod of Bottlenose Dolphin (Tursiops truncatus), here you can see the mother together with the calf

As not to disturb them any further, we continued our journey. After a short time we found a small group of about five Bottlenose Dolphins (Tursiops truncatus). However, we could only observe them for a very short time, as our lookout Filipe had something bigger waiting for us in quite some distance. 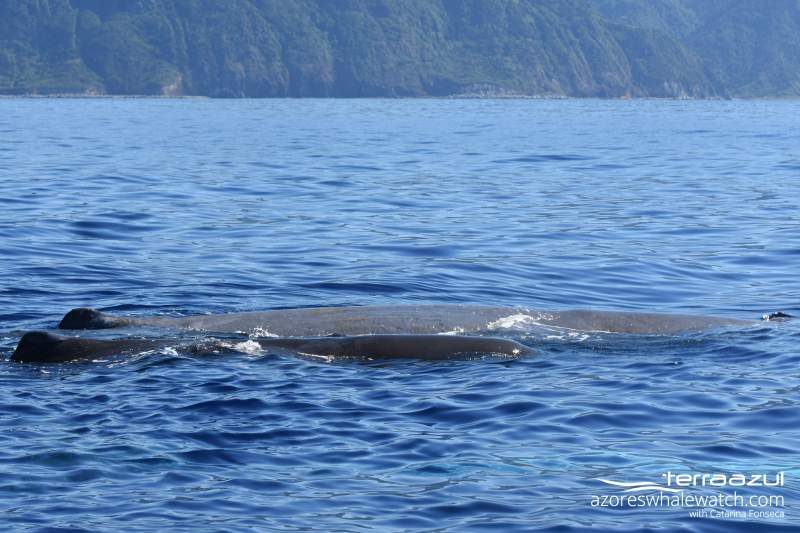 Thank God we have very nice zodiac boats. With high speeds and a fun ride we went down to the area where Filipe found some Sperm Whales (Physeter macrocephalus). As soon as we arrived there we reduced the speed and approached them slowly, so we would not disturb the animals. We found a mother together with a juvenile animal. They were taking a deep breath at the surface.

It is always a blast and wonderful to observe those huge, majestic creatures! 🙂