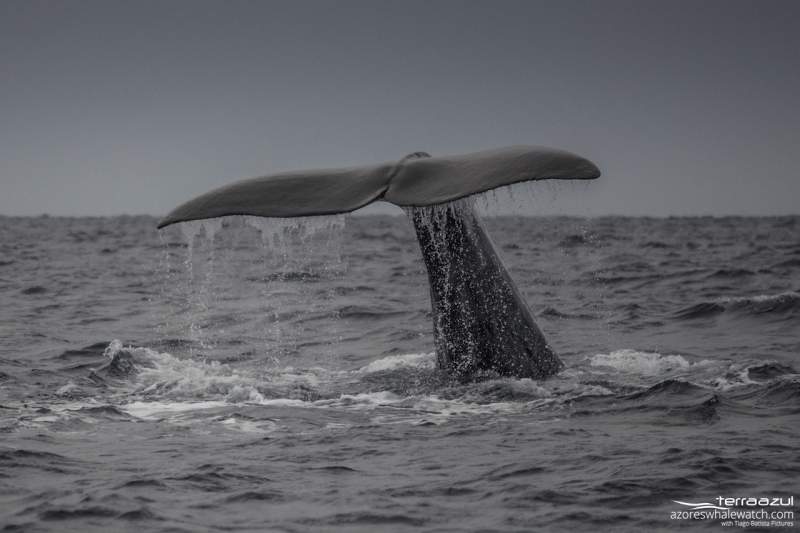 So, while warming up by the marina of Vila Franca do Campo in an early Sunday afternoon, we recollect our morning tour spent at sea. The day started in a grey way, with the fog and drizzle decreasing the visibility of our lookout. Nevertheless, after getting ready and prepared for salty showers there we were, heading towards some sperm whales which at the time we left the marina were still diving!

The ride was wet, but worth it! We arrived at the area and after waiting few minutes, a blow between the waves drove our attention. We could observe the two..eventually three sperm whales temporarily resting and preparing for their next dive towards the deep blue. Two flukes went down one after the other, while an additional blow was hidden between waves and was revealed only after a picture was taken by one of our guests. 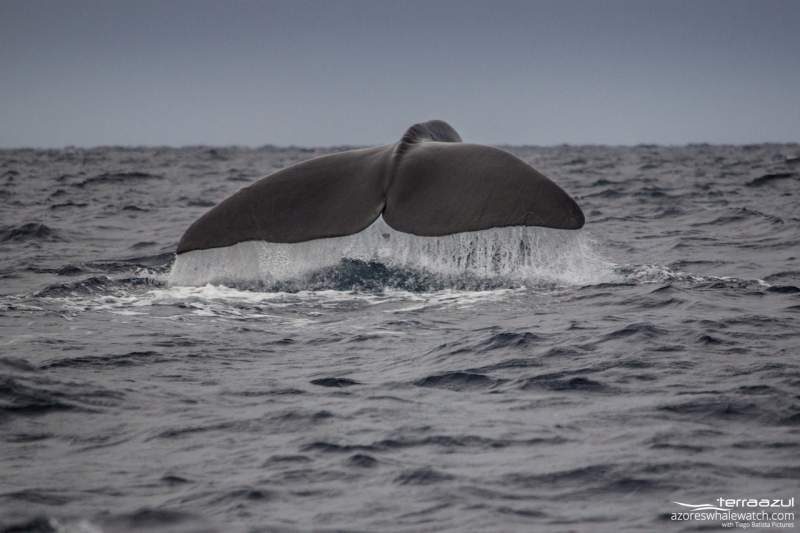 Besides the grey tones of the ocean seen from above, the sperm whales did had a completely different perspective. From below the surface, the amazing blue of the Azores was likely delighting them during their downward journey. We don’t know if they were successful in catching a squid for breakfast, but they definitely were successful in making us happy 😀