Yesterday was a very windy and rainy day so we couldn’t go out. Whales and dolphins had a day off 😉

Luckily today the weather is much better! The wind was weak, the sun shined all day but we still had a big swell – totally safe to go out, but the stomach of some whale watchers have suffered the consequences…

At the beginning, it was a bit difficult to spot the sperm whale that André, our lookout, saw near the coast, in front of Caloura. It was doing shallow dives so, it was not easy to spot it at the surface. Finally we saw a blow just a bit further, in front of the boat, and when we arrived on the area, there were not 1 or 2 sperm whales around, but 5 individuals were surrounded us 😀 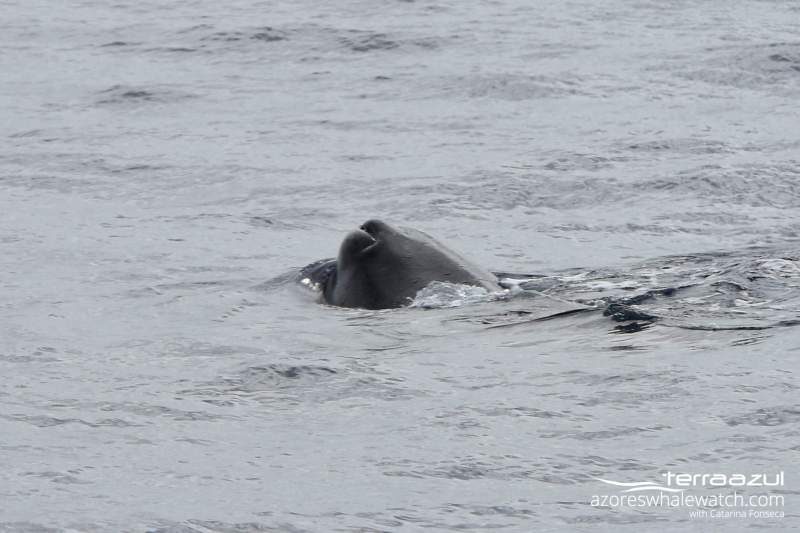 sperm whale peaking at the surface

Adults and juveniles were socializing and resting together. After a while, they decided to keep doing shallow dives and in the middle of the group appeared a small group of common dolphins! They were hunting with shearwaters on the top of their shoulders, ready to pick some pieces of fish 😉 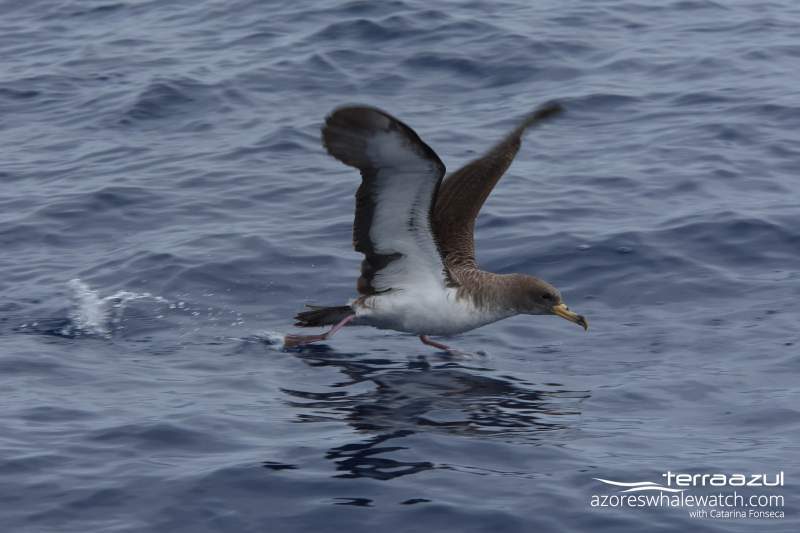 It is not always easy to stay seated in a boat at the mercy of waves when we are stopped… So we must moved! On the way, we found a huge group of Atlantic spotted dolphins. Probably the same 300 individuals group that we observed many times before during the season. They were relaxed and really curious around the boat, everyone on the whale watching trip wanted to jump in the water 😉 Our second boat was swimming with these dolphins and they had a good time!! Animals, at least some of them, were having breakfast, and a lot of them were having fun together 🙂 It was a beautiful morning. 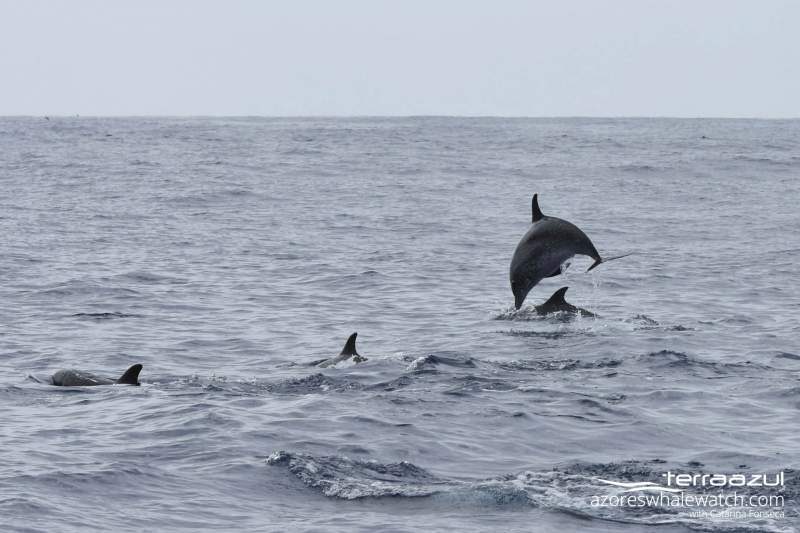 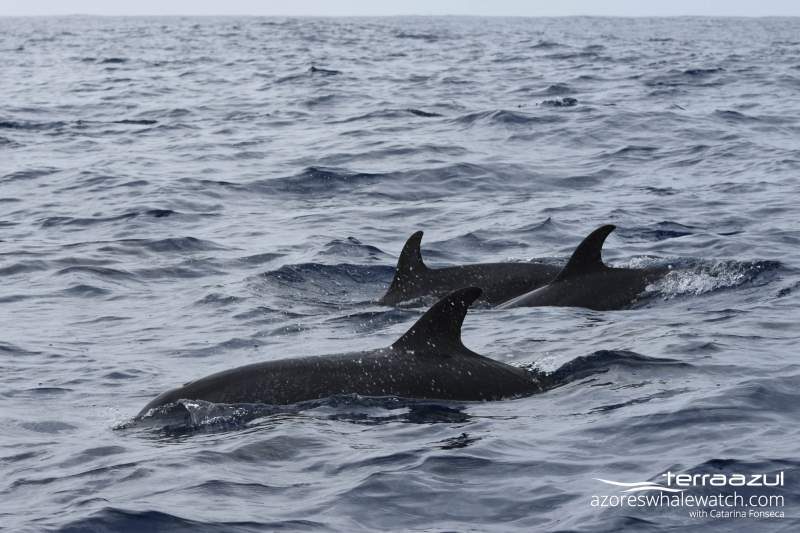 Atlantic spotted dolphins coming to check out the boat

The afternoon brought more amazing sightings of the morning groups and a very active group of socializing common dolphins 😀 They were travelling very fast until they reached their feeding area, but that did not stop the playing! Some of them were chasing each other and showing everyone how fast dolphins can move! 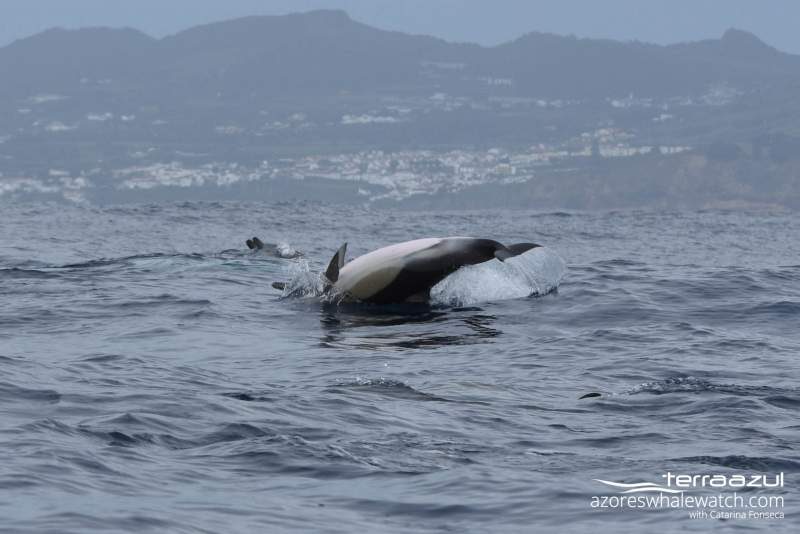 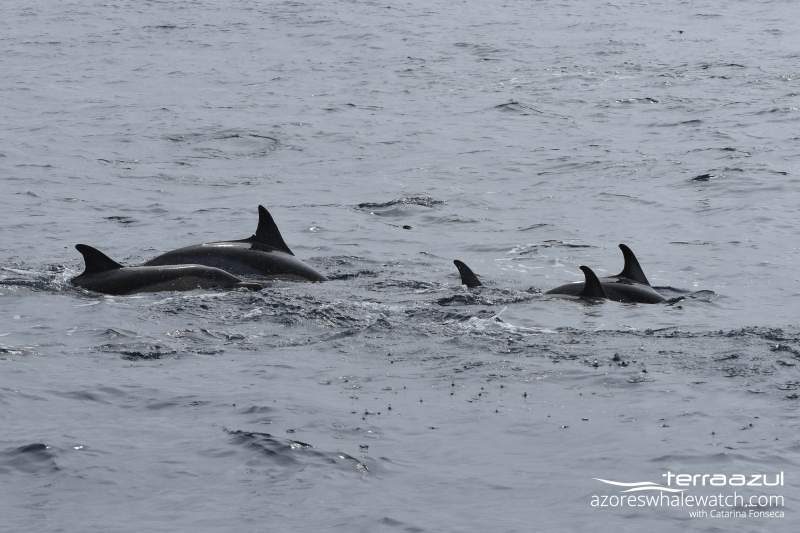 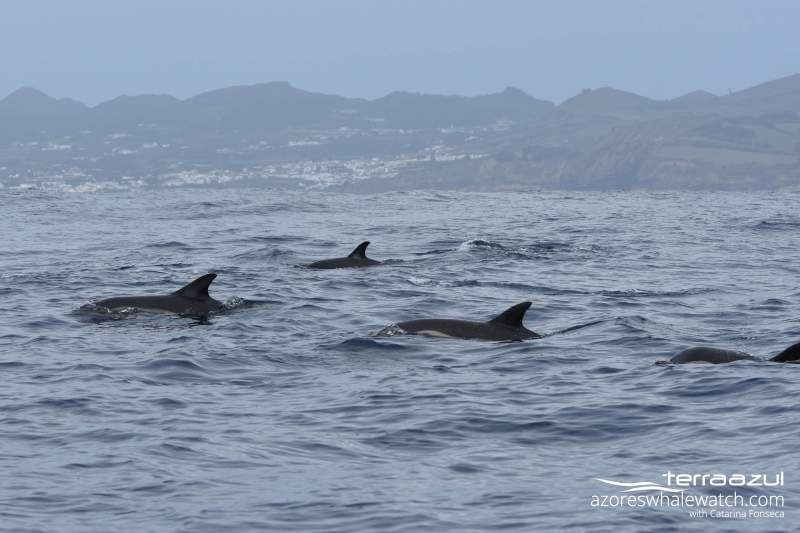 Are you ready to join us? 😀