The giants in grey and blue 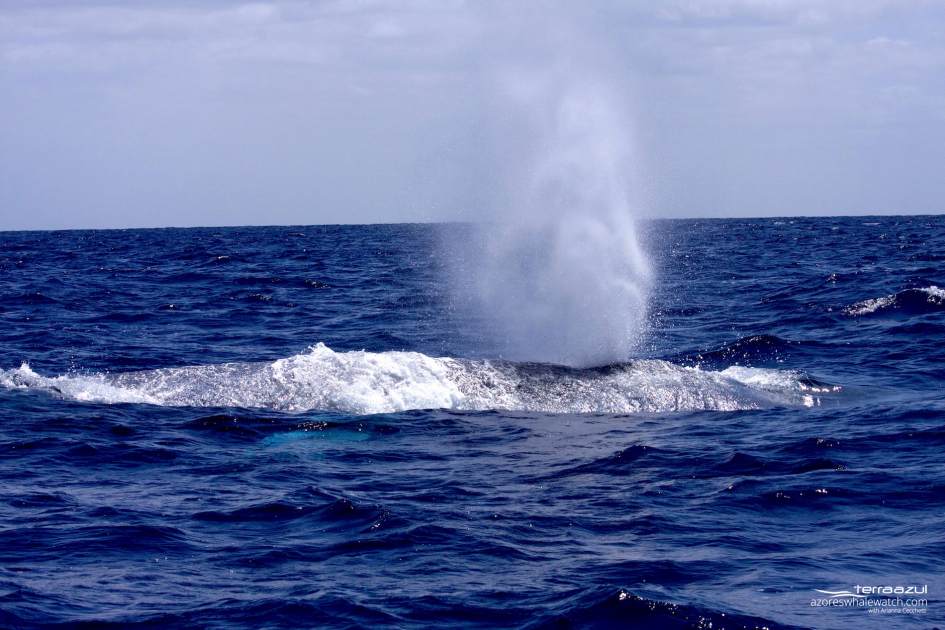 A few weeks ago I joined the team of TERRA AZUL and today it finally happened: I was guiding my first tour! So when leaving the harbour I was a bit more excited that normally 🙂 But so was everyone as we have been seeing fin whales and blue whales in the past days plus for some people in the boat it was the first time to be out on the ocean like this.

Heading south, the wind made sure we had some waves, but we all stayed dry and arrived the first whale zone safe and sound. Our lookout told us that this is the area where he saw a fin whale while we left the harbour, so we all scanned the sea in hope of seeing the typical blow. And we succeeded! We could see its grey colour in comparison to the blueish water and the whale also let us see its fin in between the waves. After a dive we were able to see blows and her body a second time.

Then the sea asked us to be patient, we first drove to an area where we hoped to meet our friendly giant again and also our lookout André changed his position on land, as it was difficult to search the animals with the bright sun and a bit of mist on the horizon. But we were so lucky! From far away we could see a very high blow, indicating the size of the animal making it.. and there it was. We were honored by the sight of a beautiful blue whale! Especially after seeing the fin whale first we could see its lighter colour and also its pattern of light spots on the back and sides. And also the weather was nicer now, less windy, less waves and still sunny.

What happened next was absolutely stunning. We are not sure if we saw the same individual or another one, but with a regular pattern of 10minutes dives, a blue whale was just next to our boat, moving very slow and gracefully and even approaching the boat twice! We could see its whole body under the surface of the water and how the whale dived under the boat and turning back next to it. We were absolutely stunned by this curious behaviour and felt like this whale really liked us! 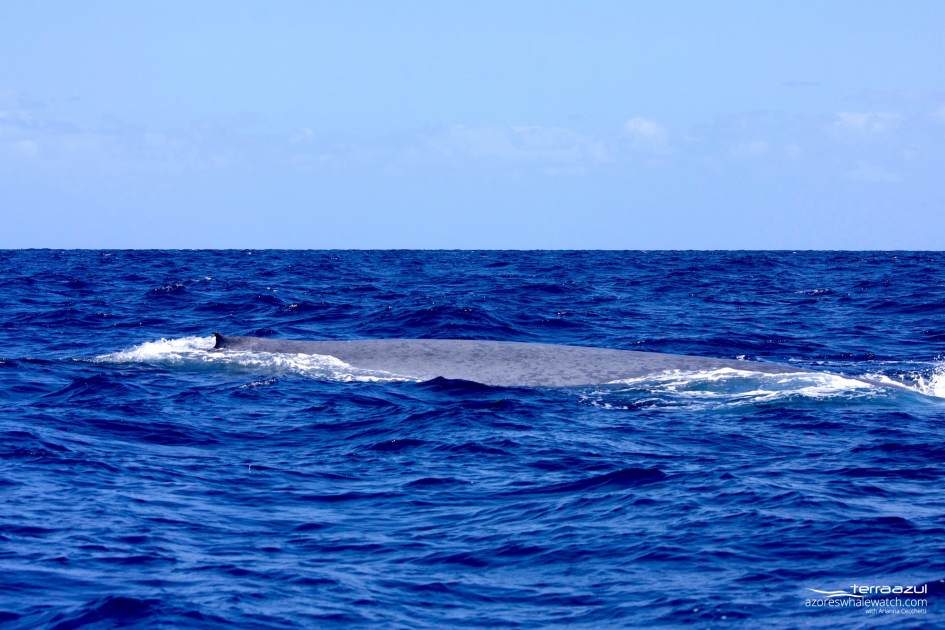 And then on top of that we also could see the fluke of this blue whale! This special moment will stay with me, this I know for sure.

When André settled on his new spot this was perfect timing, and so we turned the boat and turned west, heading closer to the coast and in calmer water – the wind was getting stronger again! On our way we saw a loggerhead turtle, which was very nice. When we reached the area we were headed to, we could easily find the large group of bottlenose dolphins! What a sight: about 80 individuals in this pot! They jumped, bow-rode and were socialising amongst each other. Together with the now flat sea this was truly amazing. 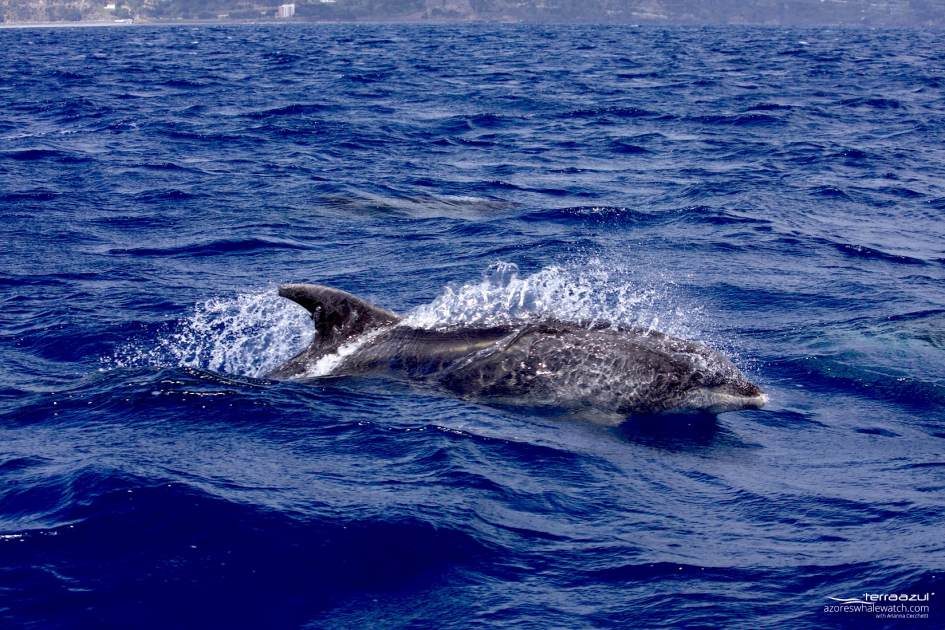 On our way back and around the islet of Vila Franca our skipper Nuno surprised us all with a spontainious circle  on the ocean, that was a lot of fun! Once we reached the harbour we were all filled with happiness.

Personally, I will never forget this tour and can honestly say that I love my job.