Small and big get mixed! 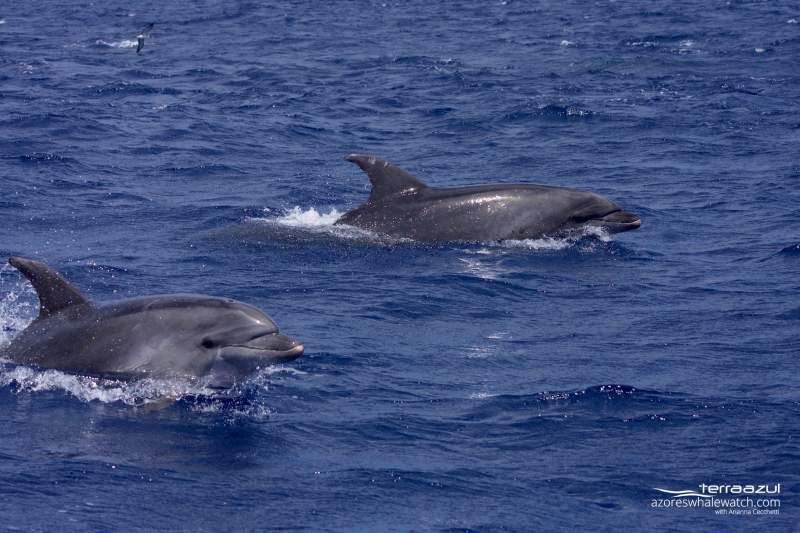 The sei whales are still around, but to get to see them it is a different story 😉  This morning we went out and our lookout found three individuals. However, they were very unpredictable in their movements and kept changing their direction at each surfacing. What we saw was mostly a blow every time they came up. The picture below is from a previous tour with an individual which was more at ease to show itself 🙂

The Risso’s on the contrary were easier to see. They appeared close to the boat while we were still in the area of the sei whales and stayed awhile with their two calves. 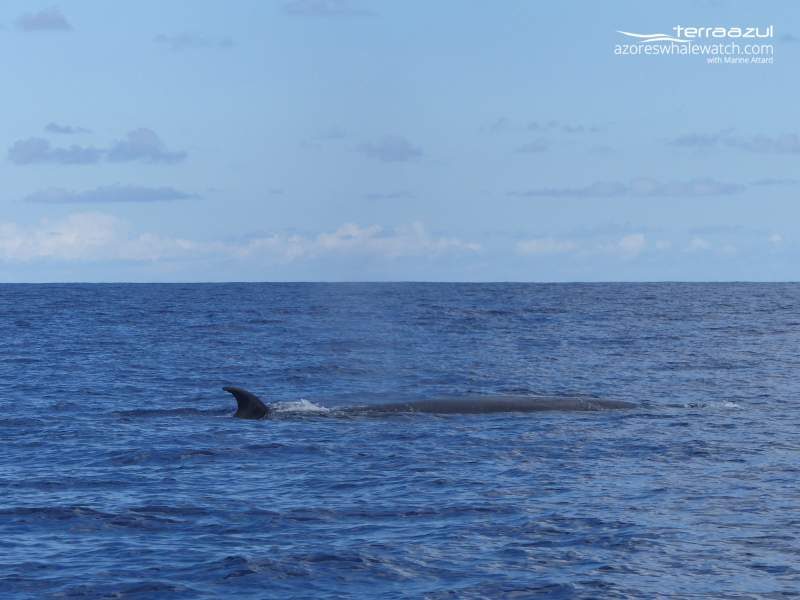 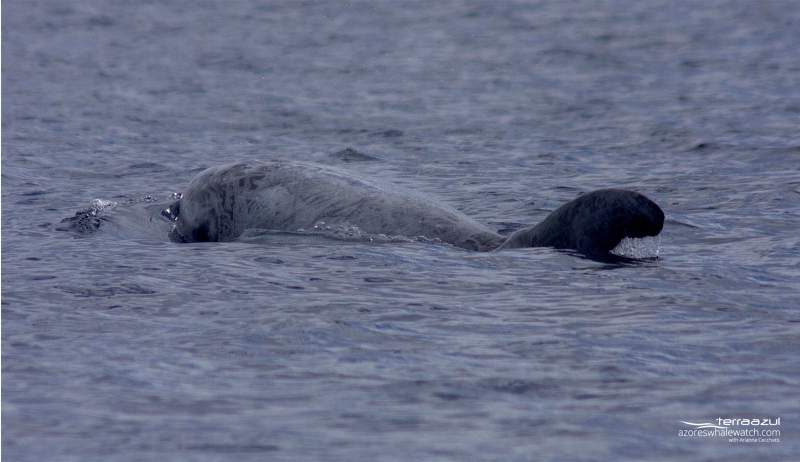 The surprise of the day was the mixed group of Atlantic spotted and bottlenose dolphins. We are used to see spotted and common dolphins associations during foraging, but today one of the largest and one of the smallest species of dolphins were together instead. Overall the group was reaching 100 individuals, including adults juveniles and calves of both species. The Cory’s shearwaters were completing the scene following the dolphins and diving to catch their part of lunch. The swimmers had the chance to see both species while in the water and with little effort as the dolphins were everywhere. In the later afternoon they were also swimming with some common dolphins. 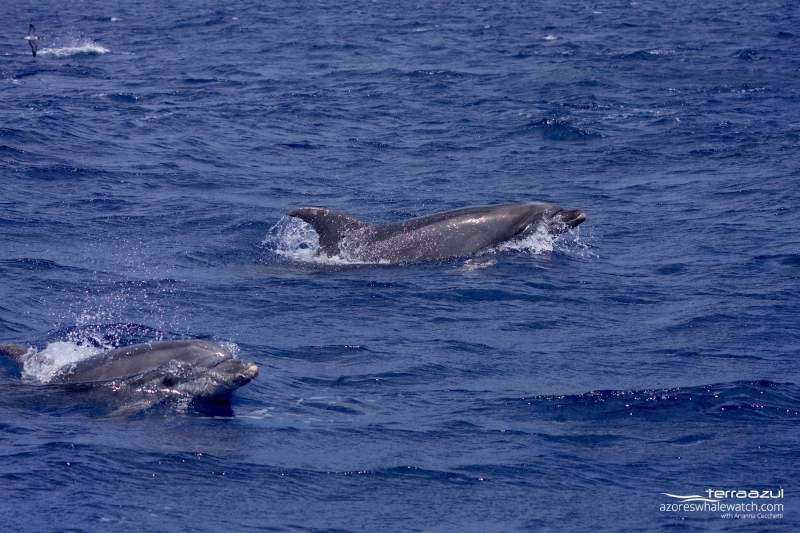 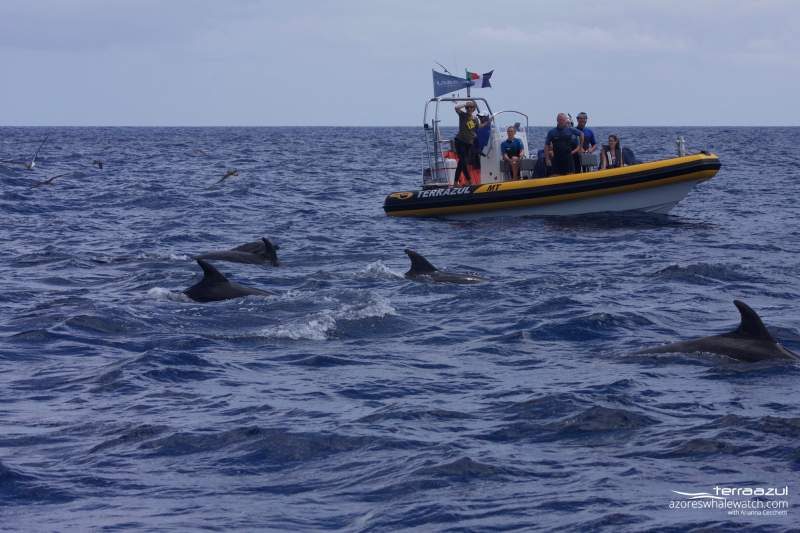 The swimmers boat approaching the mixed group of spotted and bottlenose. The ones that are visible are the bottlenose

Today the spotted dolphins were really everywhere as we could find other smaller groups during our cruising in search for some wildlife. Will be still there tomorrow? There is only one way to know, go out at sea 😉 Wanna join us?