Whales, dolphins and something else! 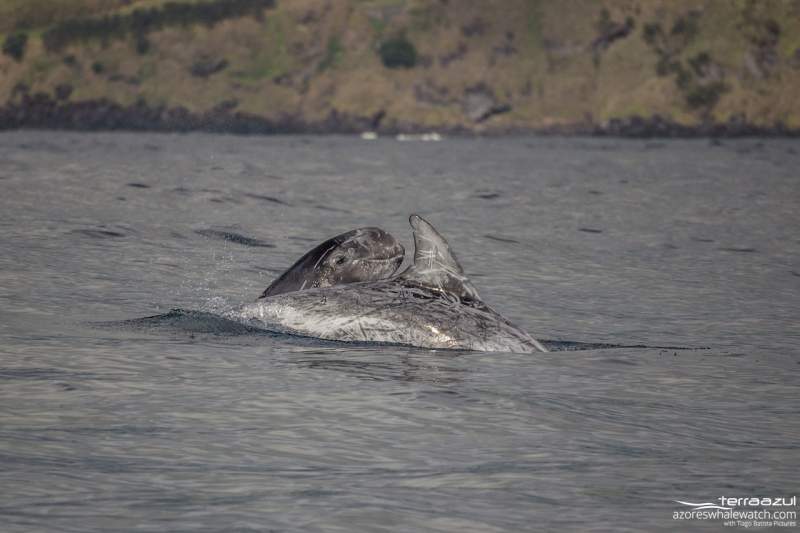 This morning we had it all in terms of weather, sunny skies, calm seas, salty water, big waves and rain. But…the animals were there!

We started by the presence of a huge group of more than 250 Atlantic spotted dolphins. They were going wild into the air, and at one point I stayed in front of the boat with a bunch of visitors next to me, watching a big group of dolphins keeping its way ahead of the boat. They would never stay behind!

Than, our lookouts spotted a couple of Sei whales! As usual with this type of whale, it was very hard to find them, but also, as usual, we did find them! In between the waves there suddenly was a large blow puffing into the sky. We stayed around the whale for a while, and meanwhile saw another one blowing further away. 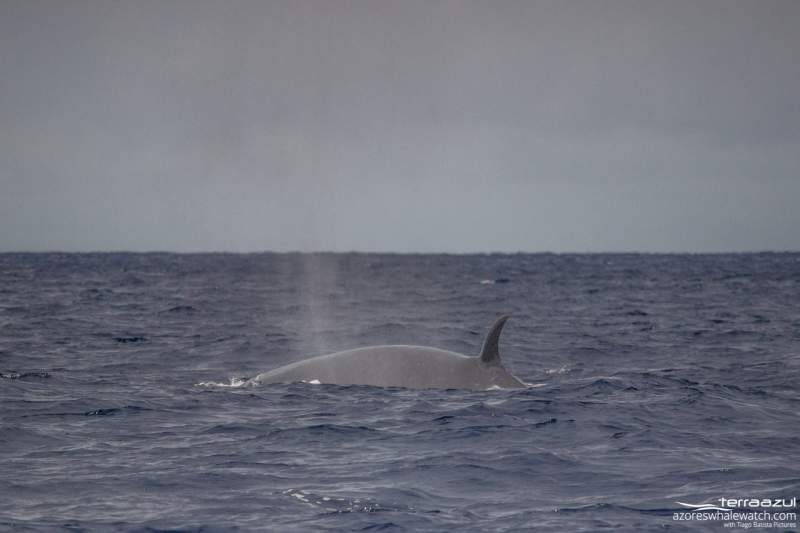 Also, like the title says, we had another visitor today! A Common tern was flying around the boat for a while, and we already knew she was interested to book a seat in our boat. So, she bumped her tail down on the rubber side and took a little ride with us, several times 🙂

When we were about to make our way back to the coast, the sun came back out, and we found a small group of relaxed Risso’s dolphins. Look at the photo of the dark calf that our skipper – and – media man Tiago took! 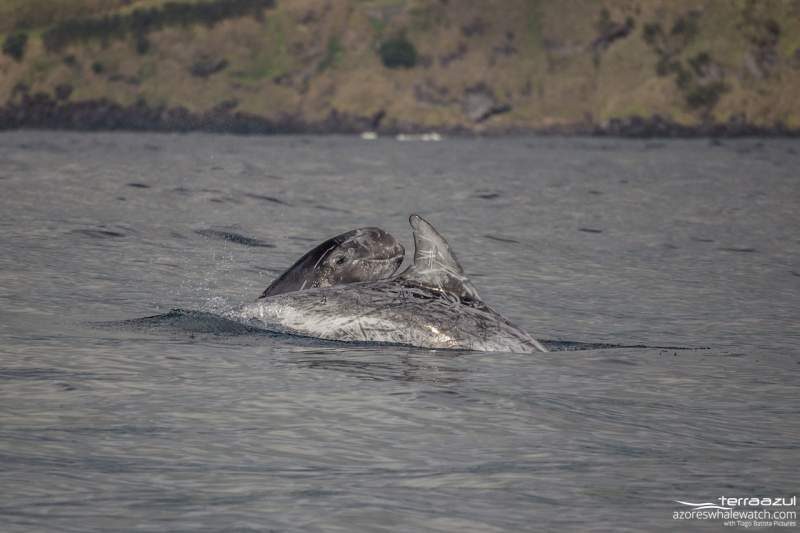 This rainbow was the perfect ending for a trip spend between rain and sun! 🙂 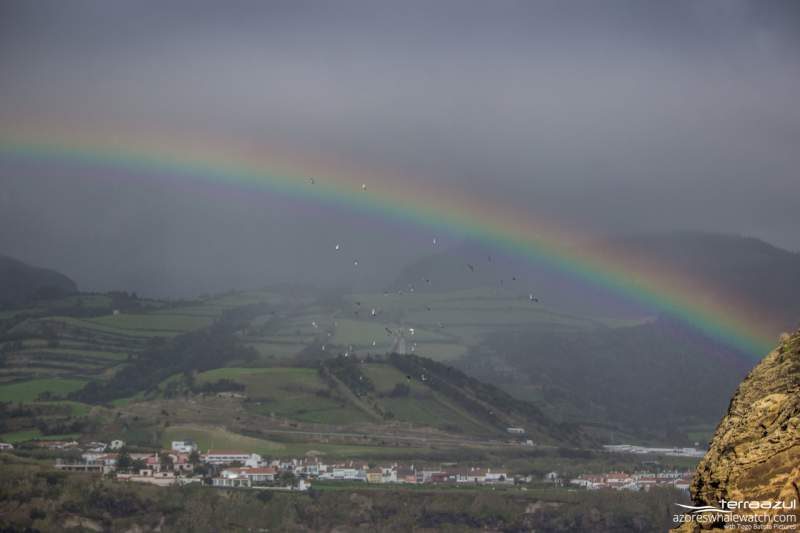