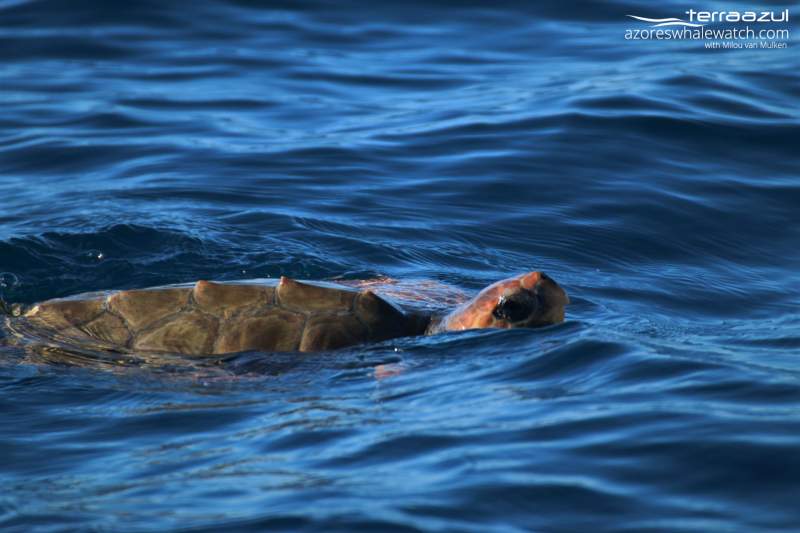 Back into action today! 😀

Yes, finally the sea was good to go out, still some swell due to the strong winds of the past several days, but safe and enjoyable enough 😉

Our lookouts Filipe and André found for us a lovely group of common dolphins not too far from the coast. So we went to meet them and found out they were enjoying their morning while socializing. The group was tight with individuals chasing each others for short distances, some were head-slapping, coming out of the water and hitting the sea surface with their head, mostly sideway, and one individual performed a tails slap. So they were communicating, not just with whistles and pulsed sounds, typical dolphins social vocalizations, but also with their body. 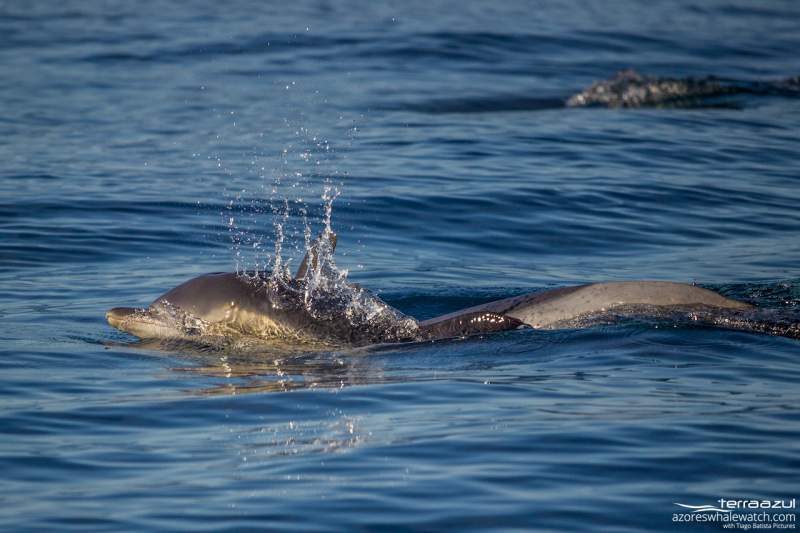 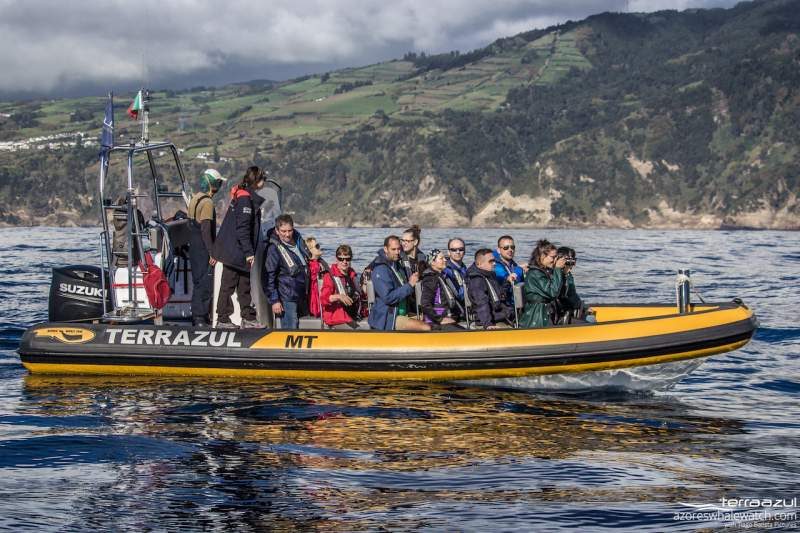 One of our boats during today’s tour

In the middle of all of this social activity a young loggerhead turtle was enjoying some rest at the surface. It feels it has been long time we didn’t see a turtle, and seeing one is always a plus. In the Azores we see only young individuals, they are the ones belonging to the so called “Lost Year”, which is a stage of turtles’ life when they are strictly pelagic, before heading back to their hatchling site, Florida. 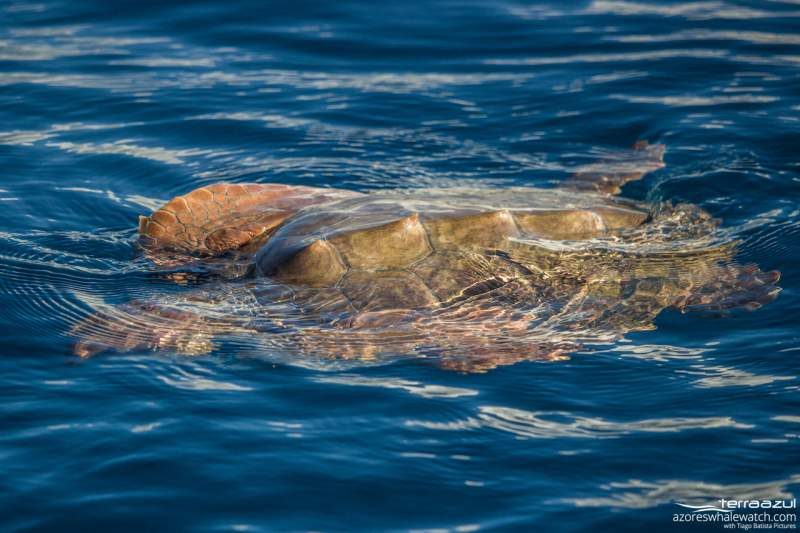 Eventually we went back to the marina to have a cup of tea and a nice chat, basically socializing like the common dolphins did 😉