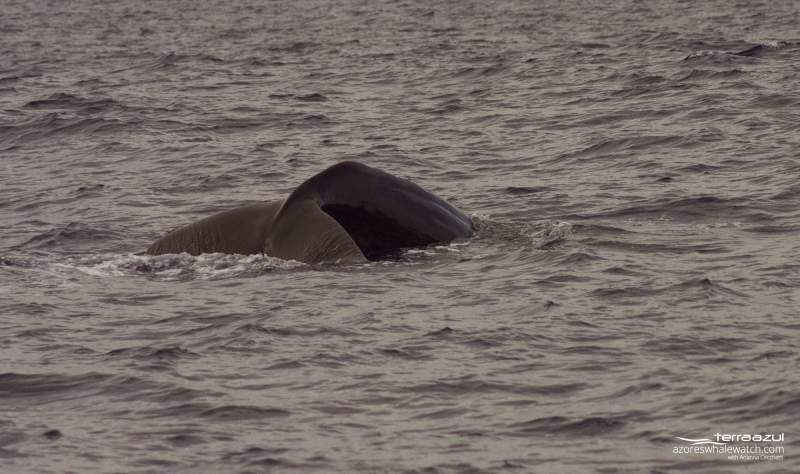 Nice day to go out at sea today! and there is where we headed this morning, accompanied by an autumn fresh awaking breeze. Well, eventually we wouldn’t need the breeze to wake us up as dolphins and whales usually are expert in catching our attention and don’t let us fall asleep 😉

So it was today, first we met a large group of foraging common dolphins with many calves. They tended to stay mostly underwater and exposing a small portion of their bodies, namely the darker upper part of their backs, making it difficult to see their beautiful flanks coloration. However, just before leaving part of the group surfaced next to our boat in tight formation and partially showing their yellow patch. We were not able to take any photo at this time, so the one showed below belongs to a previous tour. 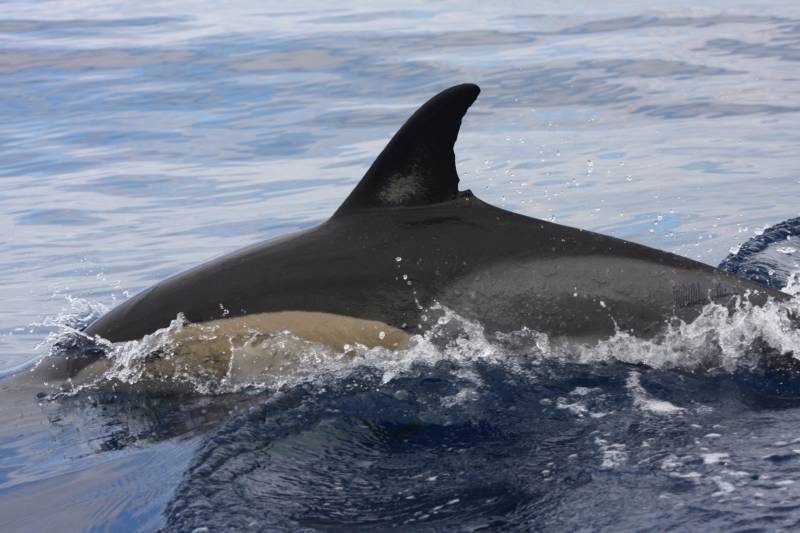 Common dolphin with its typical hourglass coloration on its flanks

After the dolphins we went to meet some sperm whales. Filipe at first spotted two individuals, one of which showed its tail before taking a deep dive. Later we encountered another individual, which also gifted us with its deep dive performance, which “by default” includes the lifting of the fluke. Both diving individuals had some notches on the flukes edge, allowing their identification and recognition as individuals already present in the Azores photo-identification catalogue. Check here for more information! 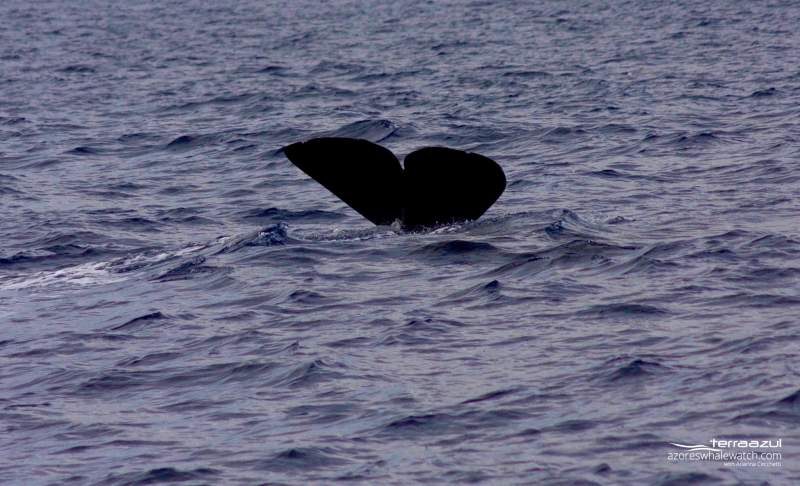 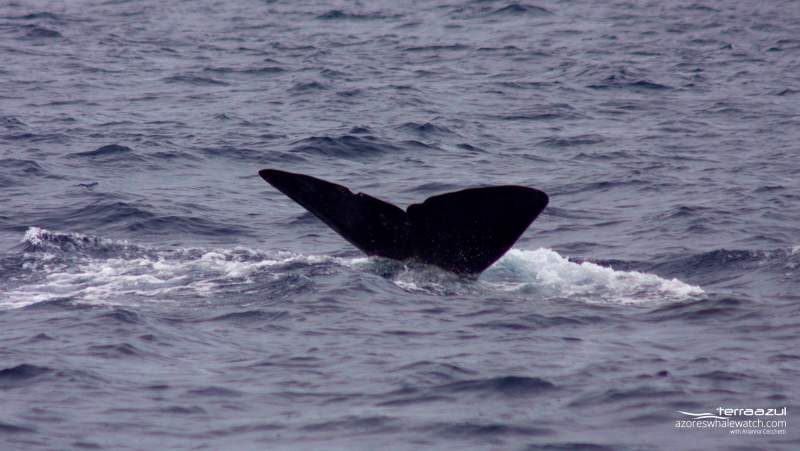 Which species will our lookouts be able to see tomorrow? Let’s find it out together!