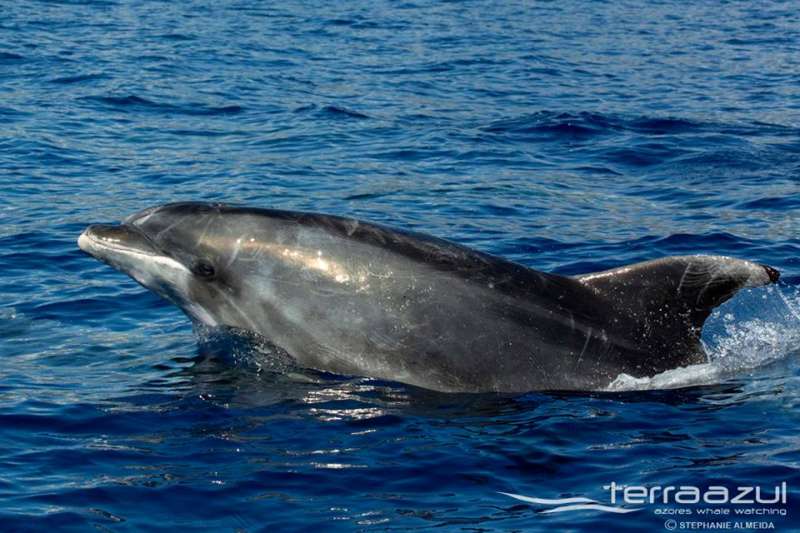 Western winds are blowing since few days now and today during the afternoon their strength increased so we decided to cancel the later trips as it wouldn’t be that comfortable for the participants.

In the morning though, despite the waves the ocean was safe and comfortable enough so we headed out and had lots of fun, especially the youngest participants onboard 🙂

Filipe spotted a large group of bottlenose dolphins, likely the same we saw yesterday. The group today was spread out and busy foraging, the Cory’s shearwaters started to survey the area where the dolphins were and soon the sky was just as busy as the ocean. 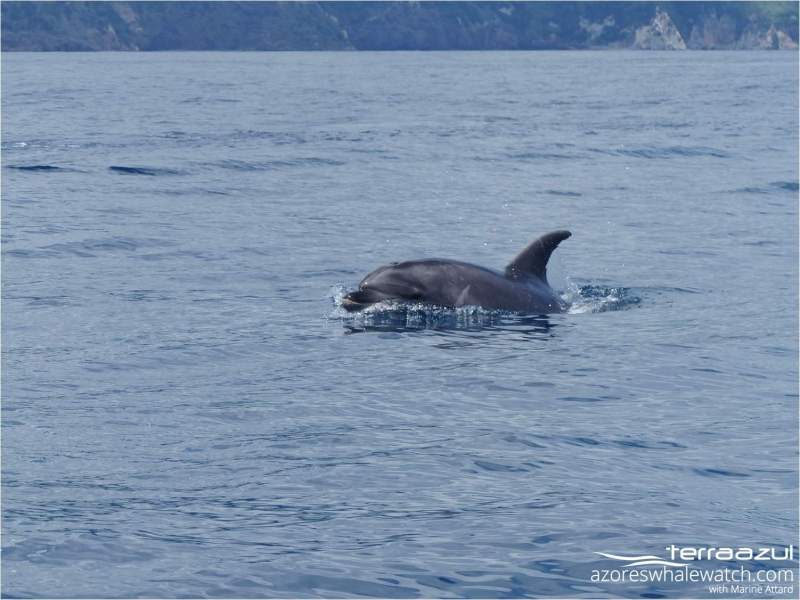 While observing the dolphins and while deciding which direction to go next, we saw a manta ray swimming just below the surface. Its dark and elegant shadow was easily visible despite the wavy ocean. After this unexpected nice encounter we took our decision: going towards E in favour with the wind to avoid salty showers 😀 and there, there were the Atlantic spotted dolphins!

The small group was also foraging in the company of some shearwater and young seagull. Although the juveniles yellow-legged gulls are brownish and from distance may be confused with the shearwaters, with a good look it is possible to easily distinguish them apart. 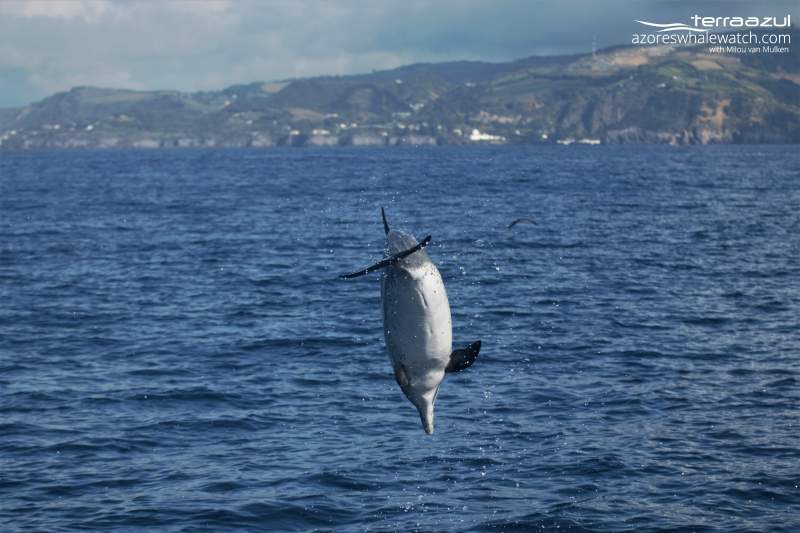 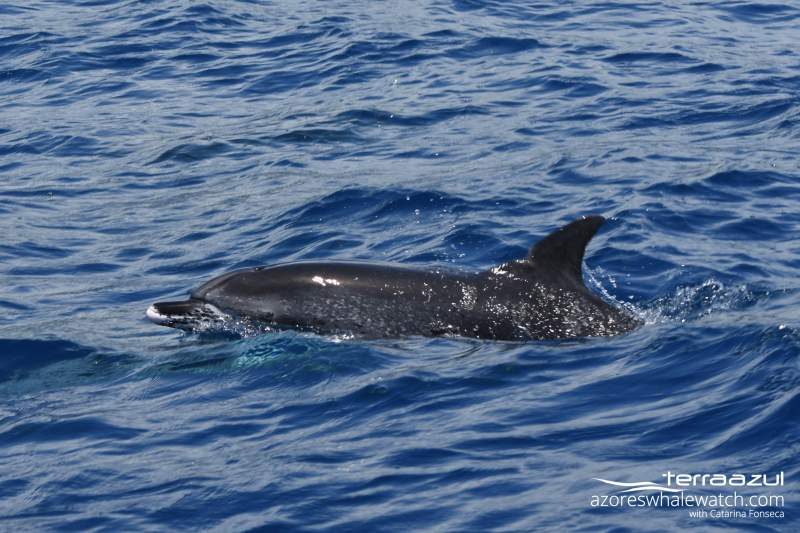 The shearwaters tend to glide closer to the sea surface moving their wings less frequently than seagulls, which also fly higher. The shearwaters’ belly is completely white while the young gulls have brownish freckles. Finally the bill of the gulls is dark and slender while the Cory’s shearwater has a yellow bill with tubular prominent nostrils typical for pelagic birds. 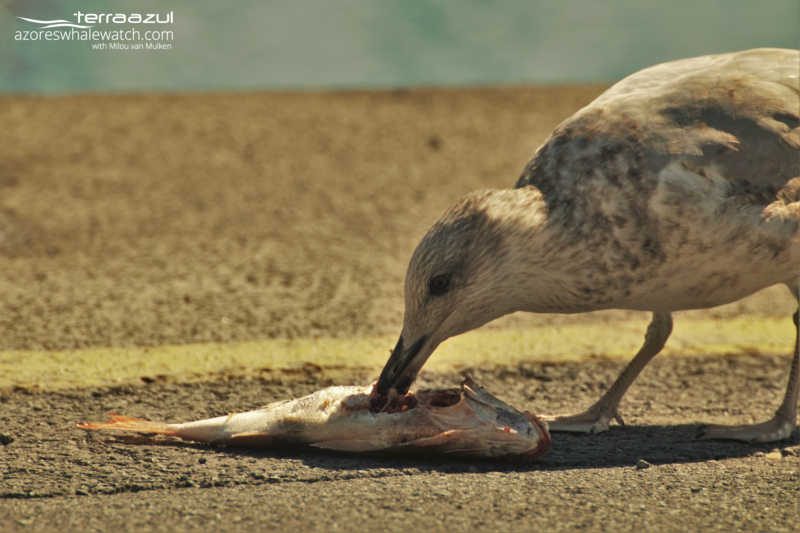 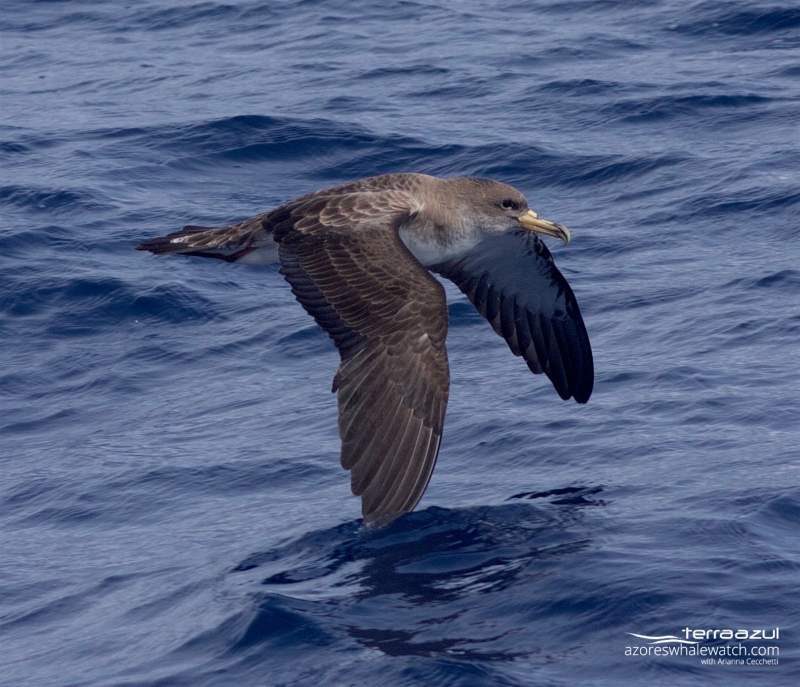 We also managed to do a very great swimming with a huuuuge group of common dolphins: around hundred around the boat!! As all dolphins this morning, they were actively foraging surrounded by hundreds of Cory’s shearwaters! We were able to observe many school of fish close to the surface and our swimmers saw dolphins catching fish 😀 They were in the middle of dolphins, with babies everywhere! What an amazing time, even for the crew from the boat 😉