Enjoying the dolphins variety in the Azores :) 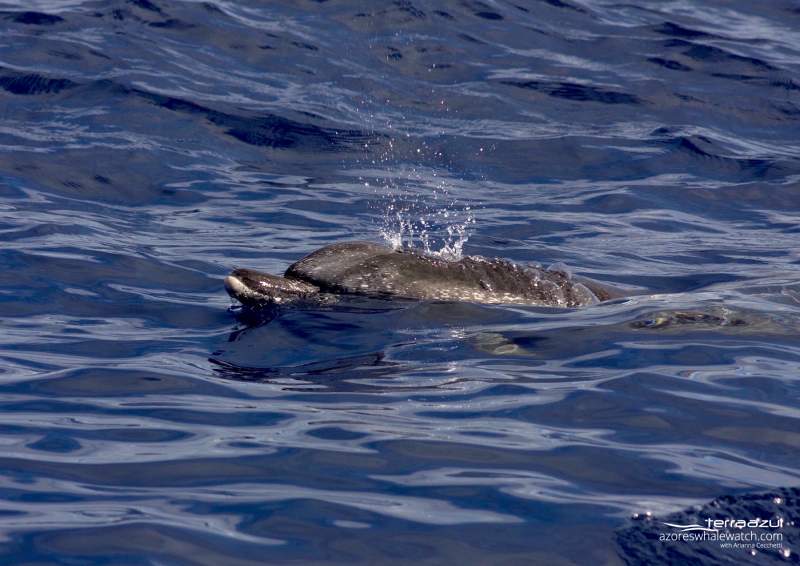 Very low wind means very good sea state conditions, which in turn means perfect conditions to detect cetaceans, and today it was like that! 🙂

The ocean was filled with dolphins of different species. We started with a group of adult common dolphins which were socializing. We then met some Risso’s dolphins including two mother and calf pairs. They were resting at less than 2 miles from Ponta Garça. Later during the tour we met again the Risso’s dolphins, but this time there were many more. The group was a bit spread out still off Ponta Garça and counting about 20 individuals in total. Many more mother and calf pairs were enjoying the calm morning and just before leaving the group one individual started breaching sideway and two decided to speed up, suggesting their resting time was over and “playtime” was about to start 🙂 Socializing dolphins are observed interacting physically with one another, including chasing behaviour, and for this reason groups tend to be tighter. Breaches are also often observed, although they are not exclusively performed during socializing. 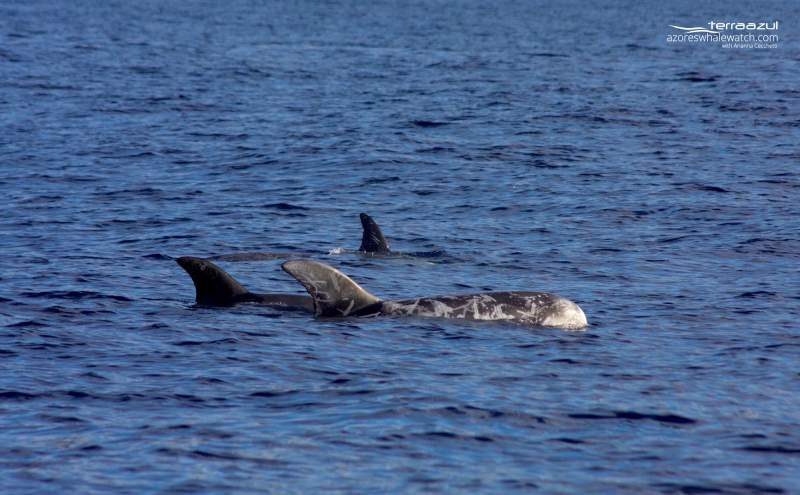 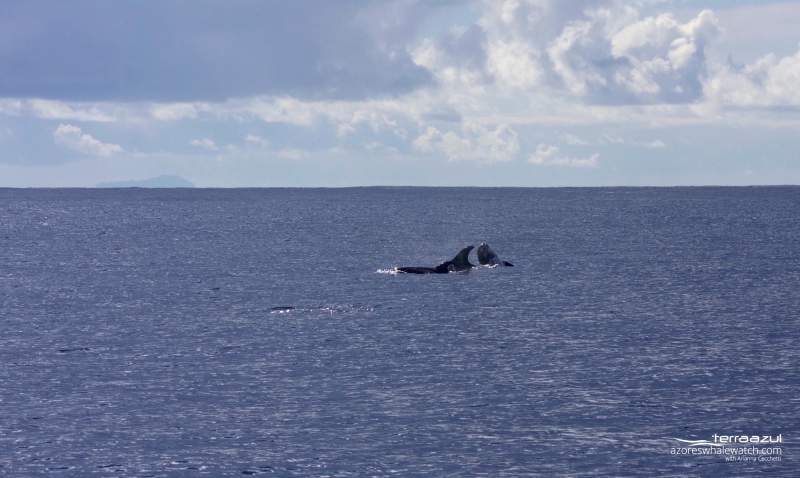 We completed our dolphin day with a large group of Atlantic spotted dolphins, which were at the end of their lunch time, or at least some of them they were already engaging in socializing activity.  The Cory’s shearwaters, though, kept feeding as evidenced by their dives and frequent quarrels for the fish 😉 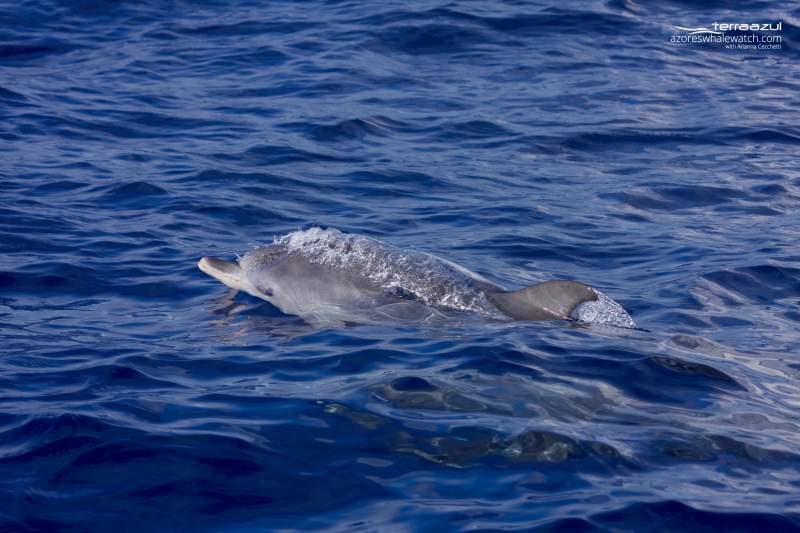 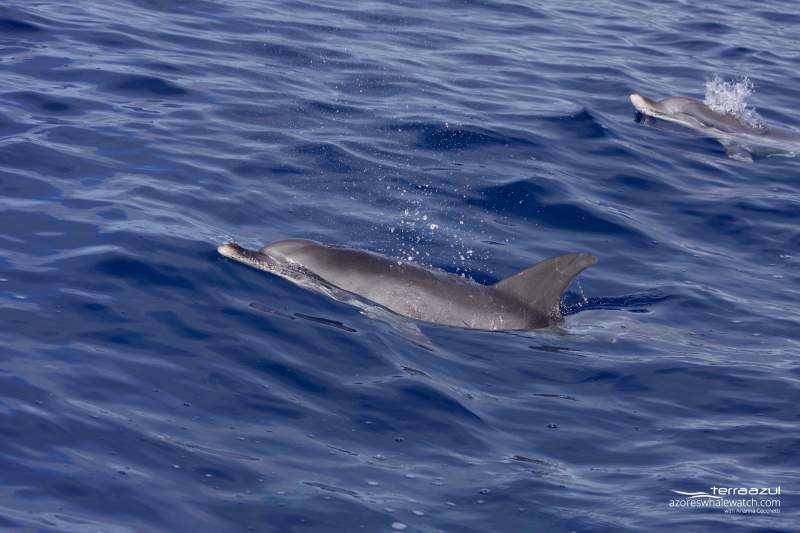 Tomorrow there will be more sightings and we are definitely looking forward to that! 🙂