Love is in the air.. 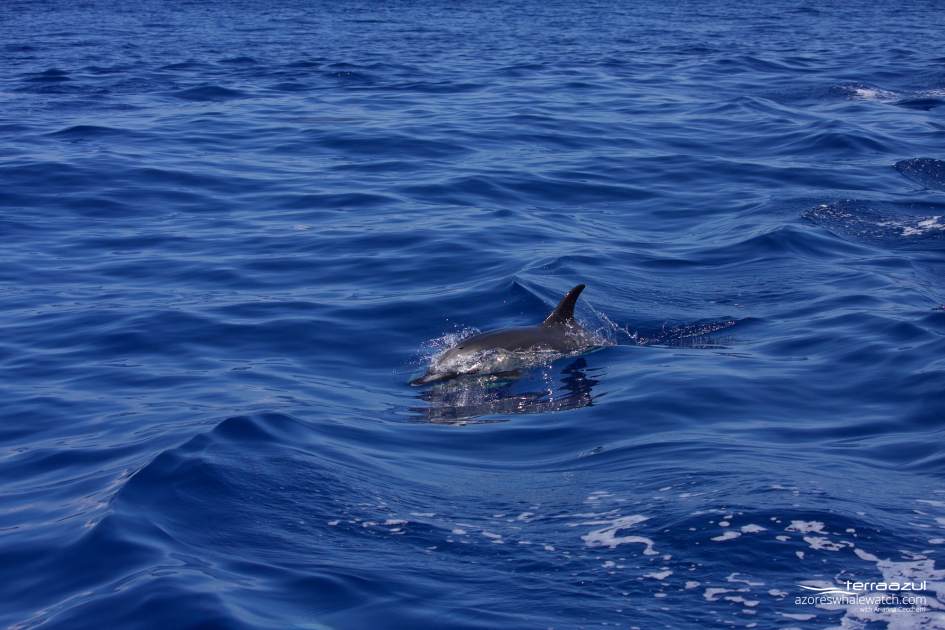 What a nice afternoon today! 😀

We spent it in the company of four cetaceans species, most of them were very interactive and in a socializing mood. Here in the Azores, during spring and early summer, the socializing behaviour is often linked with mating and this was the case of today. Considering that the gestation in dolphins last between 11-12 months, next year at this time there will be new babies in the groups!

The bottlenose dolphins, our first species, were in fact engaged in a “non-stop” body contact and when we lowered the hydrophone in the water we could hear how chatty they were. Also, the common dolphins were really active, and while some juveniles seemed enjoying the beautiful flat ocean, gliding through the water, some adults were busy in more serious affairs.. 😉 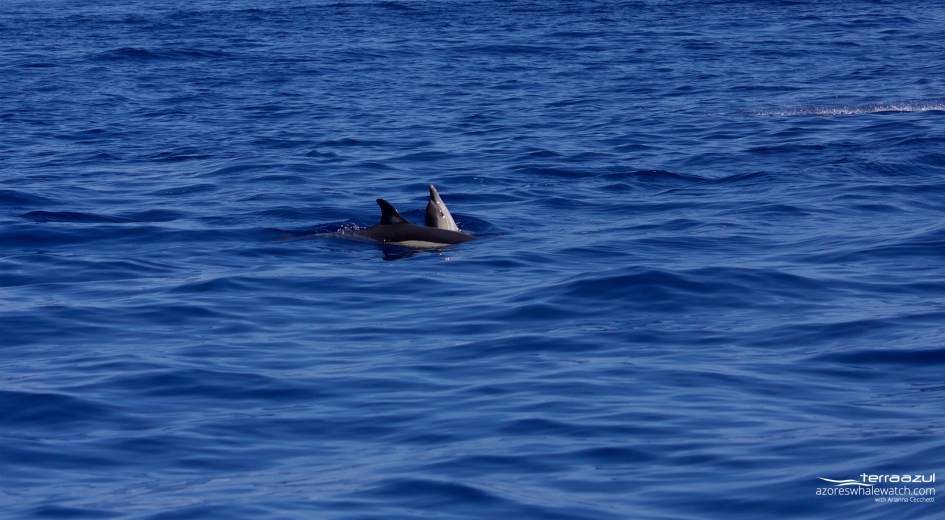 The short-finned pilot whales were also more active than usual, but in this case it was about travelling instead of logging at the surface as it is often the case with this species.

We couldn’t end our day without a beautiful sight of a group of 6 sperm whales. One after the other after having re-oxygenated their bodies, elegantly showed their tails before disappearing into the deep blue.

It was on our way back that we met our fifth species, a devil ray or ..manta ray! not easy to confirm the species without seeing the body. As it happened yesterday, it was swimming next to the surface and raising once in a while the tips of its fins.

It is always good to meet wildlife other than whales and dolphins, a reminder that the ocean is home to such a wonderful variety of species.. a very simple reason to respect the ocean and be kind with all of them 😀 ♡ 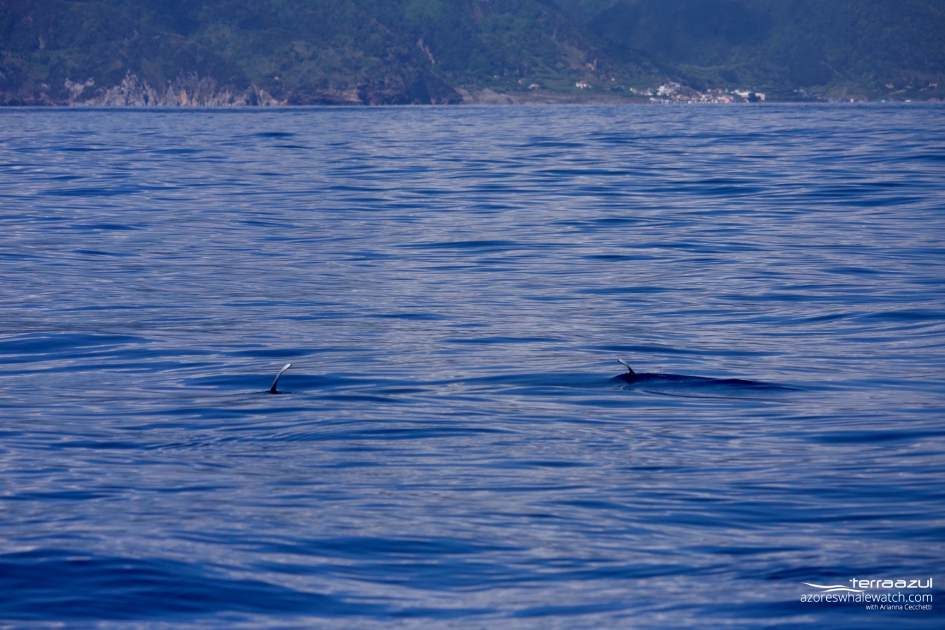 Devil ray at the surface raising the tips of the fins