A lot of whales today! 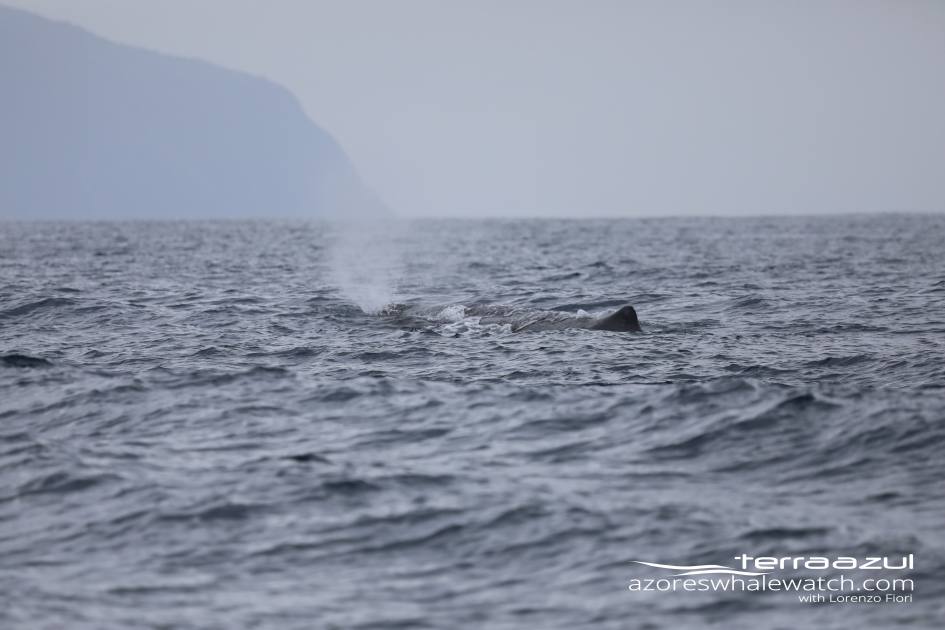 Today started really fabulous… and it only got better!

This morning we were just leaving the marina when we got news from our lookout that they were spotting a large group of Sperm Whales (Physeter macrocephalus).

The sea was flat, so we could easily see a first pod of 6 individuals. After a while we found out that the group was bigger. We were surrounded by a mix of adults with some calves. 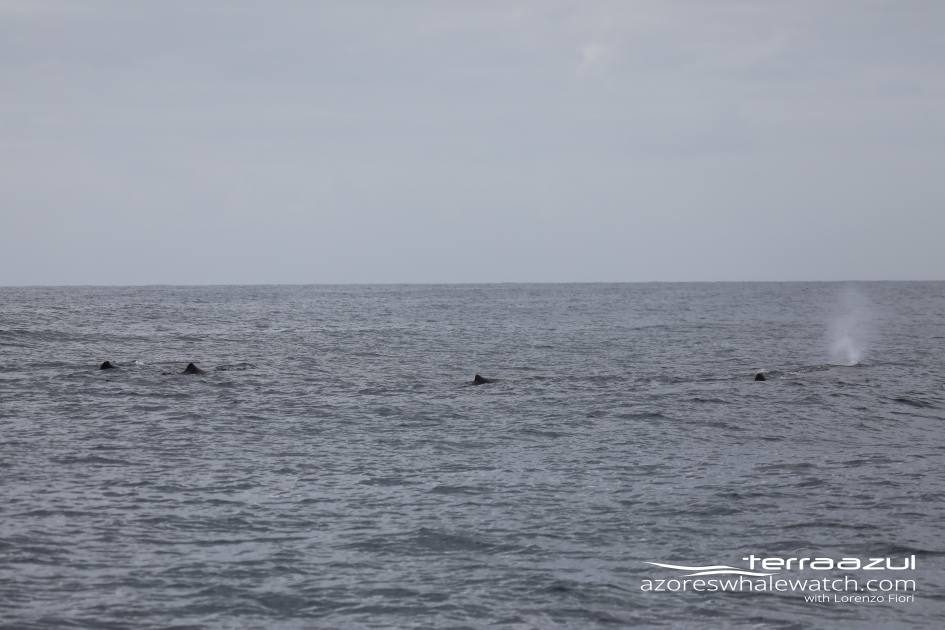 Sperm Whales (Physeter macrocephalus) are the largest of the toothed whales. They have a massive, blunt-ended head that can take almost 1/3 of their total body lenght. We had a very good sight on the Sperm Whale’s head as one of them was vertically in the water column. 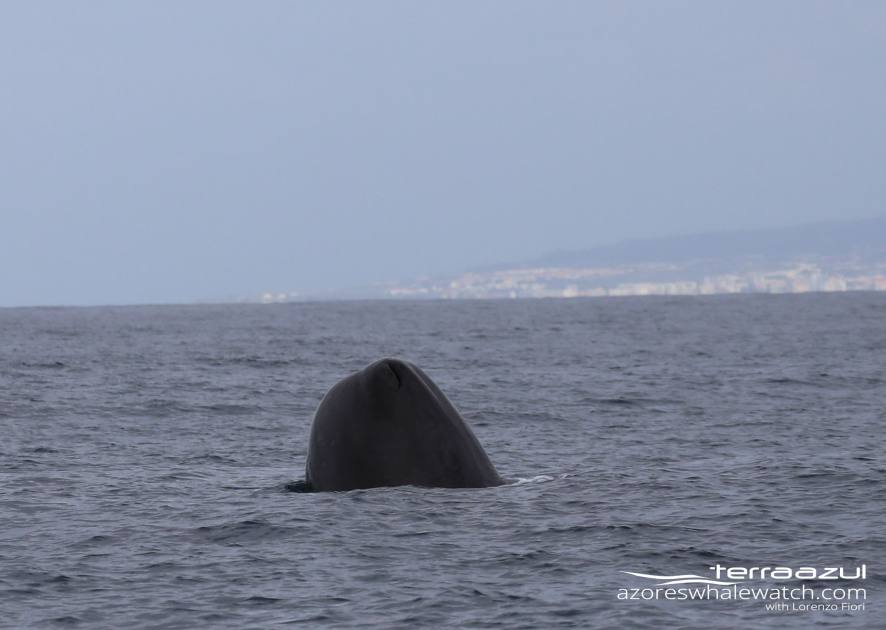 The head of a Sperm Whale (Physeter macrocephalus) rising in front of the boat.

After our friendly encounter with the whales we saw a small group of Bottlenose Dolphins (Tursiops truncatus). They appeared to be shy and were not showing us much skin. We found out that they were actually nursing a baby calf, so they were in a protective mood. We decided to leave them because a little bit further away we spotted a group of Common Dolphins (Delphinus delphis). They were in a good mood and showed us a lot of acrobatic moves.

On our way back to the marina we also saw a Loggerhead Sea Turtle (Caretta caretta).

The morning set the right tone for the rest of the day because in the afternoon trip we were lucky to have a short encounter with a Fin Whale (Balaenoptera physalus) and several Common Dolphins (Delphinus delphis).