Having a whale of a time!! 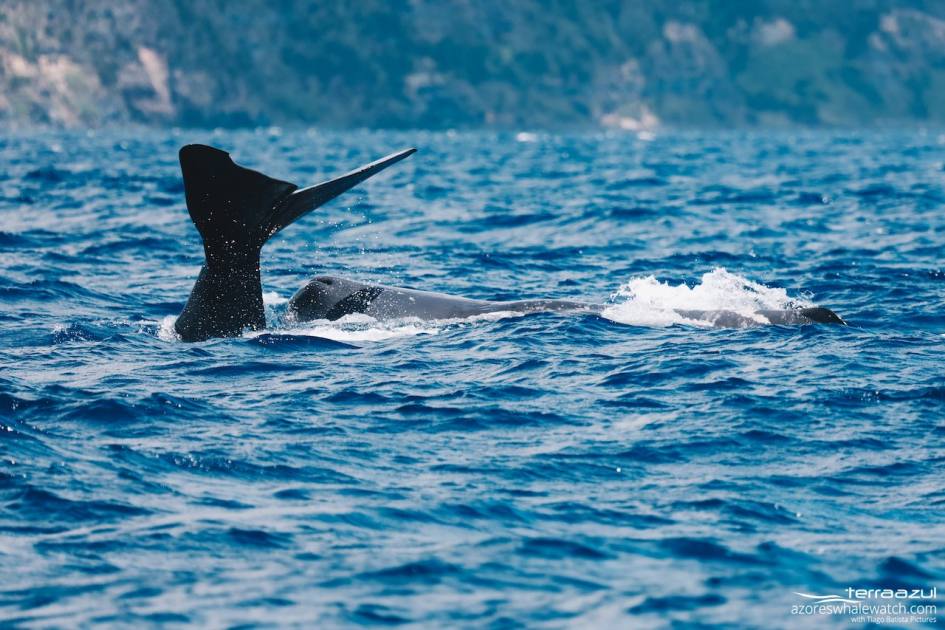 Another amazing day out on the sea!!
Summertime has many advantages when it comes to Whale and Dolphin watching..
Next to flat sea’s, sunshine, big groups of Sperm Whales, its definetly also the pods of Atlantic spotted Dolphins (Stenella frontalis) arriving from Florida and the Caribbean to give us joy with their social and curious behaviour and their beautiful coloration before they head back around October time.. Summer also means its breeding time, so many Calves travelling next to their mothers.
Calves are completely grey and unspotted and start gaining dots with around 2 years. 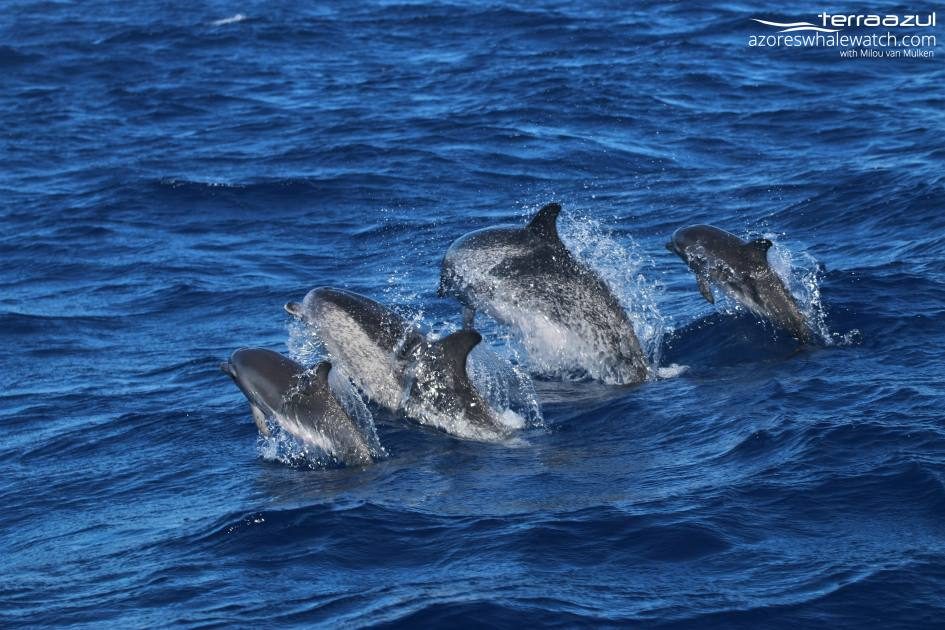 Moving closer to the east we found a pod of Risso’s dolphins (Grampus griseus) which gave us a very good comparison in size, behavior and look of two different species of dolphins. They are a lot bigger and heavier due to a different diet as they feed on squid as well, while most dolphins feed on different sorts of fish (anchovies, mackerels, herrings etc..) but also a lot more calm and shy towards boats. 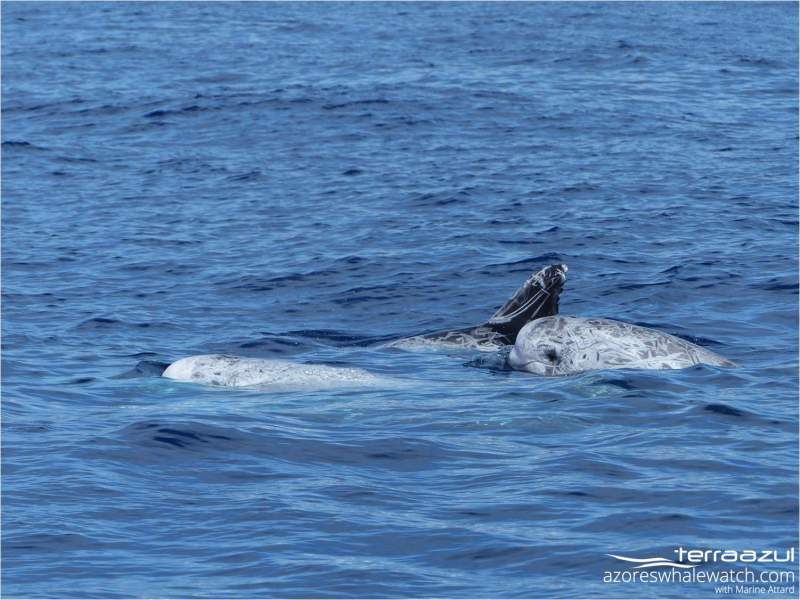 To end our trip, we found this pod of around 10 Sperm Whales (Physeter macrocephalus) including calves and Juveniles, which gave us a beautiful spectacle of socializing and tail slapping before one by one fluked to go for a dive and feed.
We turned off our engines and simply enjoyed and suddenly one of the Juveniles came swimming towards the boat.. The whole boat just waited and watched until the Whale was as close as you can see in the video!!! A very special moment that left the whole boat speechless for a while.

And just before heading back to the coast, a little Loggerhead turtle (Caretta caretta) came up to the water surface to say hello 🙂

We’re hoping for more days like this and to see you on one of our tours!!