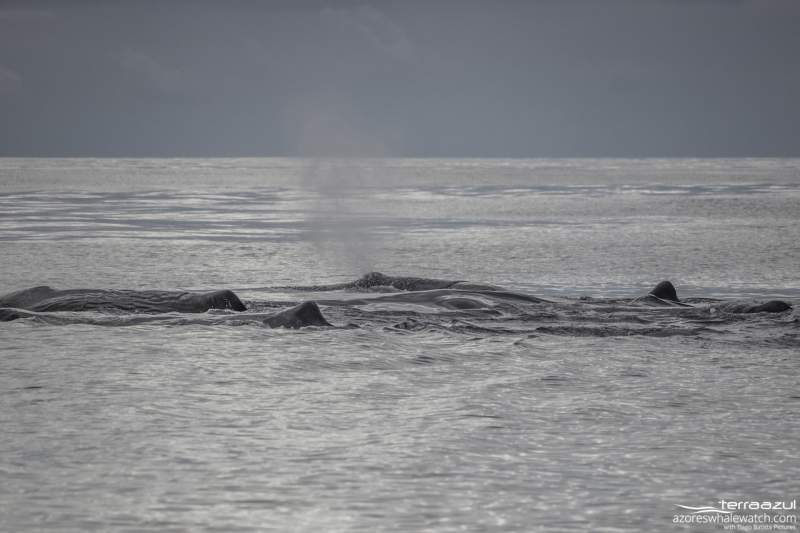 The 4 or 5 Sperm whales were traveling very fast towards the East in the morning. Some of them took a deep dive an appeared later on again. There were at least 2 calves in the group. At one point 2 of the individuals stayed resting on the surface for a while before diving deep again. They were also spyhopping at some point, which is literally “spying” on their surrounding environment with their heads vertically sticking out of the water 🙂 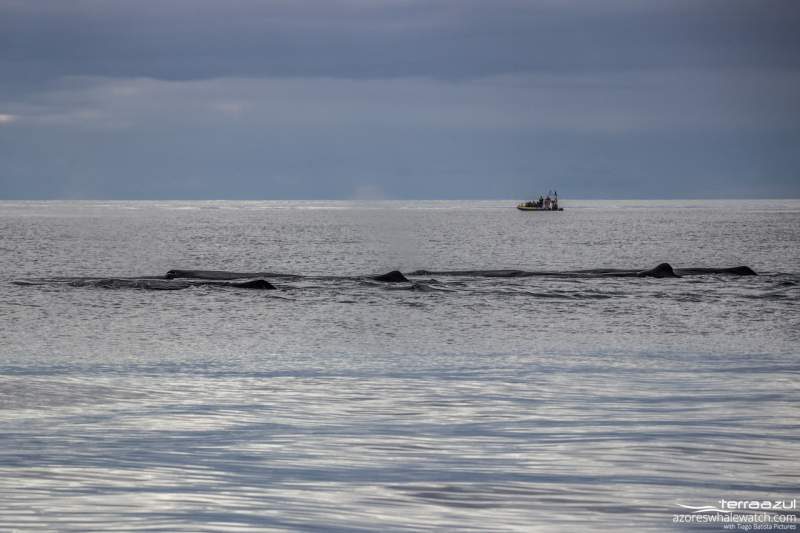 The Spotted dolphins at first were super active and flying around our boat. Later on we found the same group again, now resting from their active mode earlier, and we took the opportunity to swim with them. Their calm mood stayed for the later tour as well. The Bottlenose dolphins were just swimming near the boat for a little while, and so were the Common dolphins. Then a funny turtle appeared, lifted his head out of the water to check us out – got scared from our ugly faces – and quickly dived down 🙂 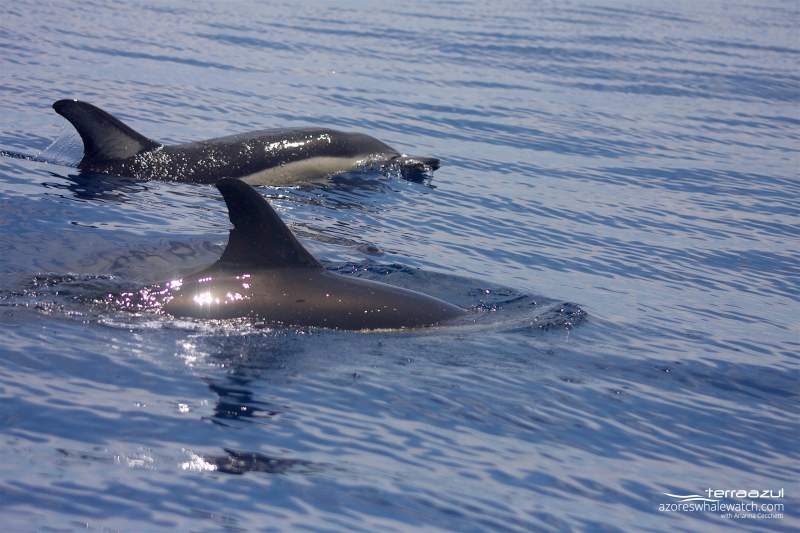 What will tomorrow’s weekend bring? Come with us to find out!