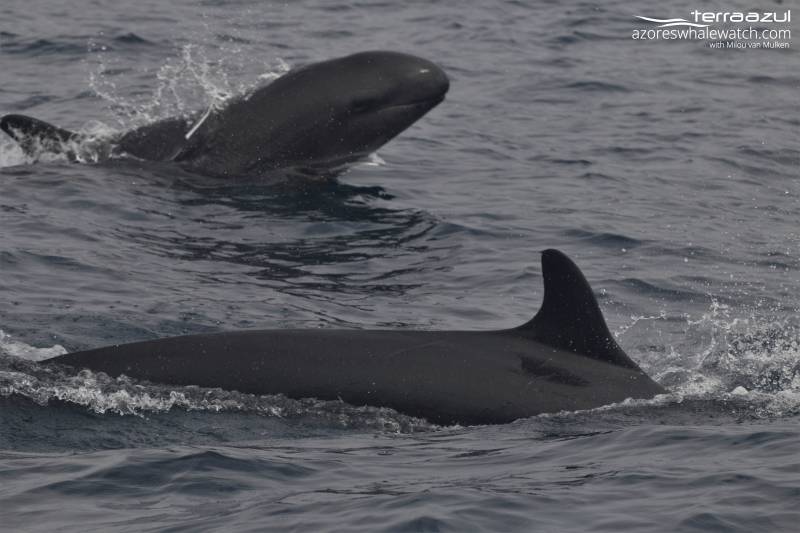 This morning we left the marina with very flat seas and little wind…finally! Then mother ocean gave us another surprise; False Killerwhales! This smaller but ever so dominant “cousin” of the Killlerwhale (Orca) is a pretty rare sighting. The group was large with an estimated number of about 50 animals, widely spreaded along the coast.

Within 1 hour they travelled from Vila Franca do Campo towards Povoaçao, always on speed! The group carried several calves, and started foraging during the migration. It started to smell like an ocean full of fish all of a sudden! 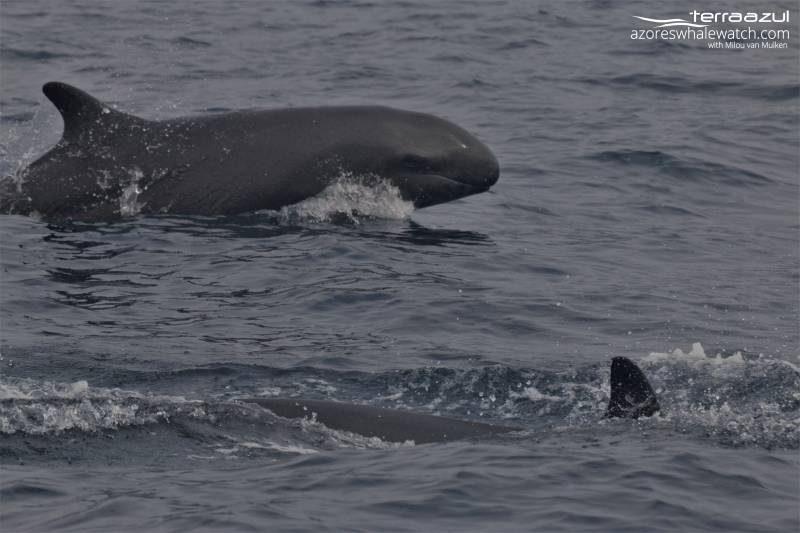 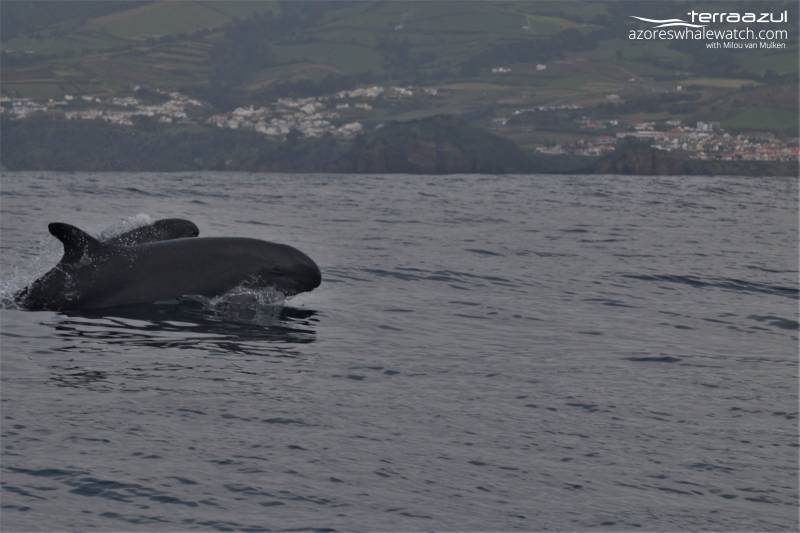 In the afternoon as the false killer whales were gone already, we headed towards West to see a fin whale. On the way back we saw some common dolphins literally running as if they would be late for some date 🙂 At a first look they seemed striped dolphins, but when they started porpoising their typical coloration, it confirmed the species.

On the last tour we found 2 small groups of common dolphins; the first one very shy, and the second one very curious. The Gopro was hanging underwater to take some photos, and it seemed like they came to give some kisses to the camera!