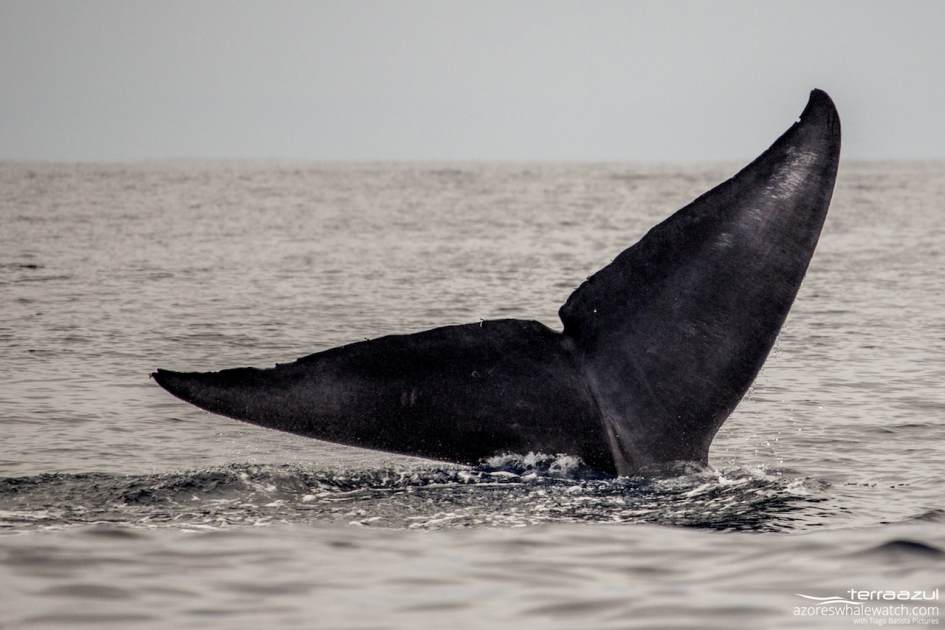 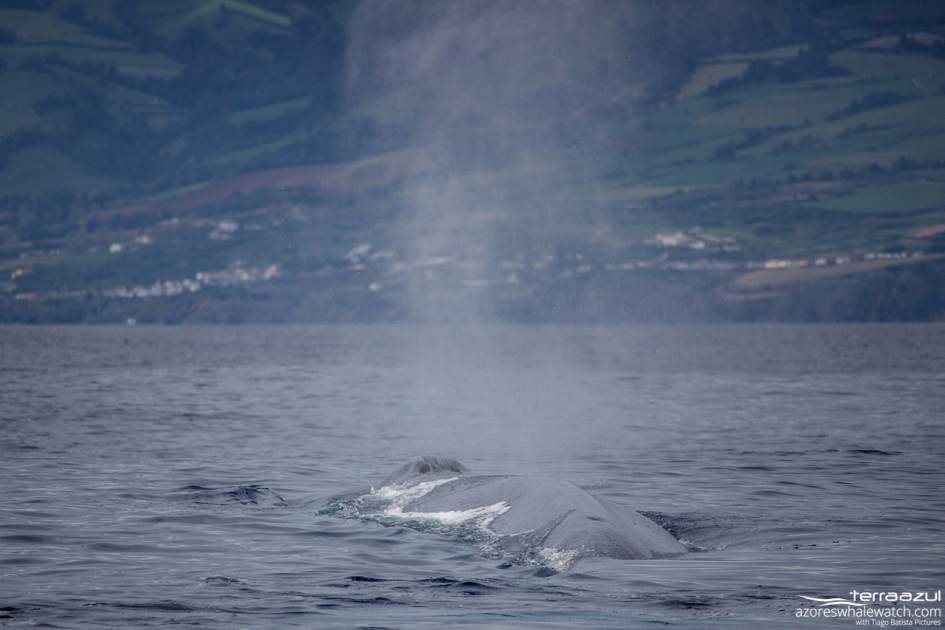 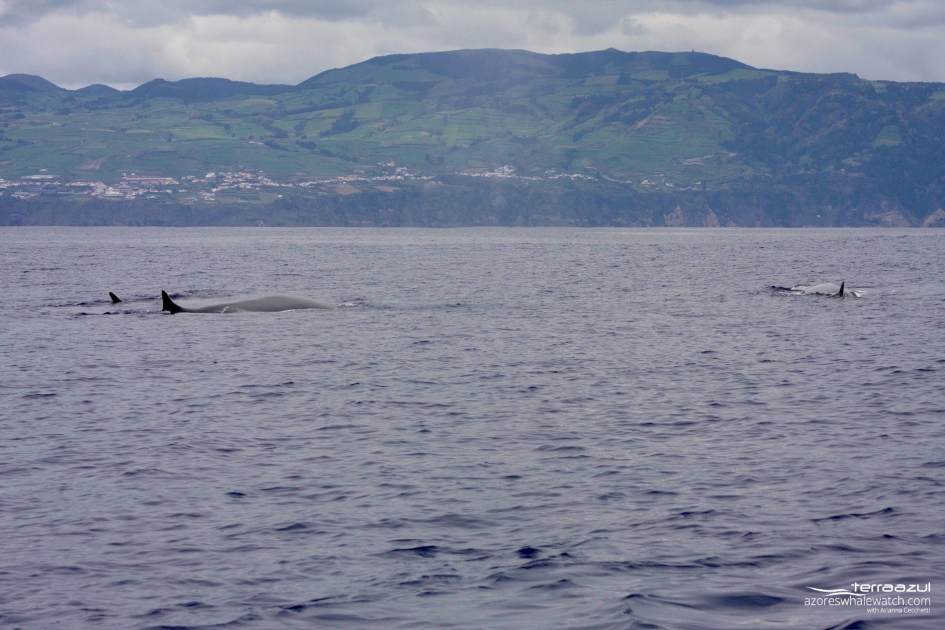 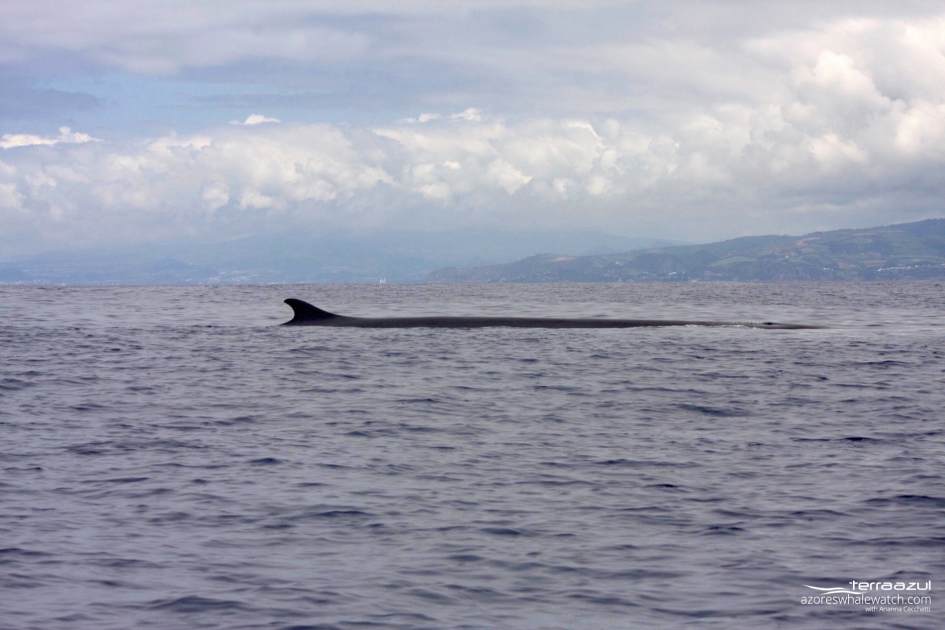 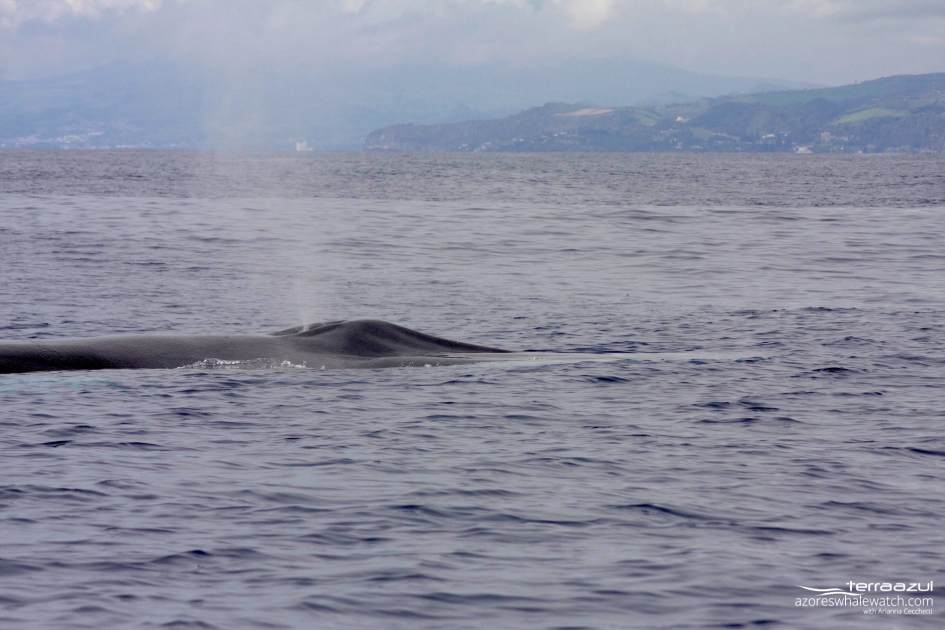 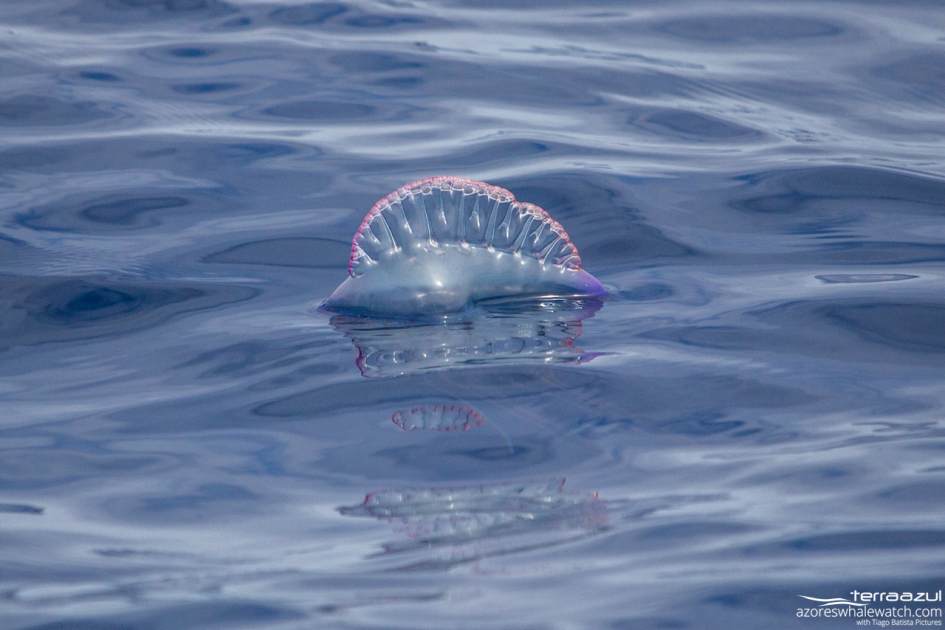 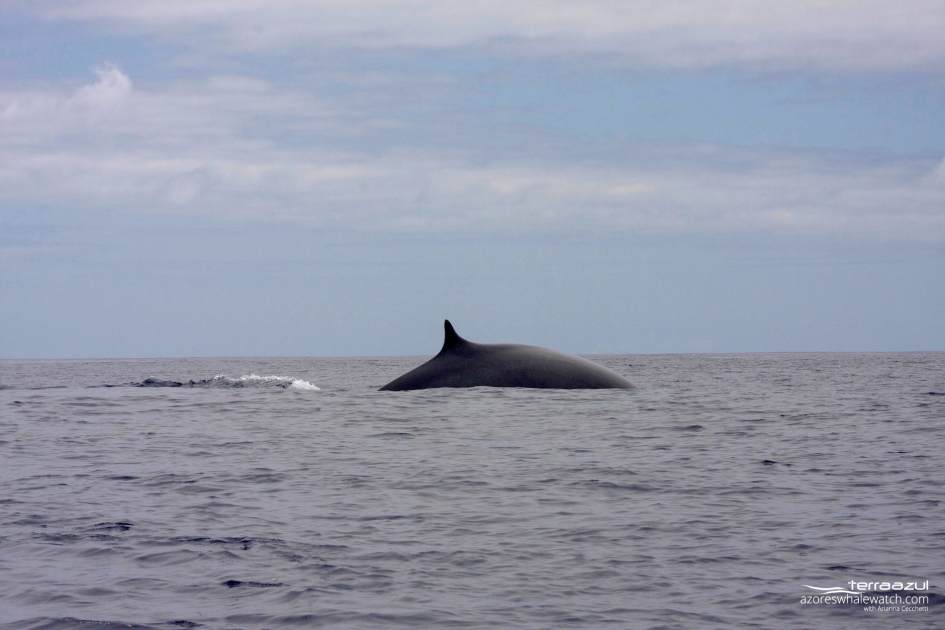 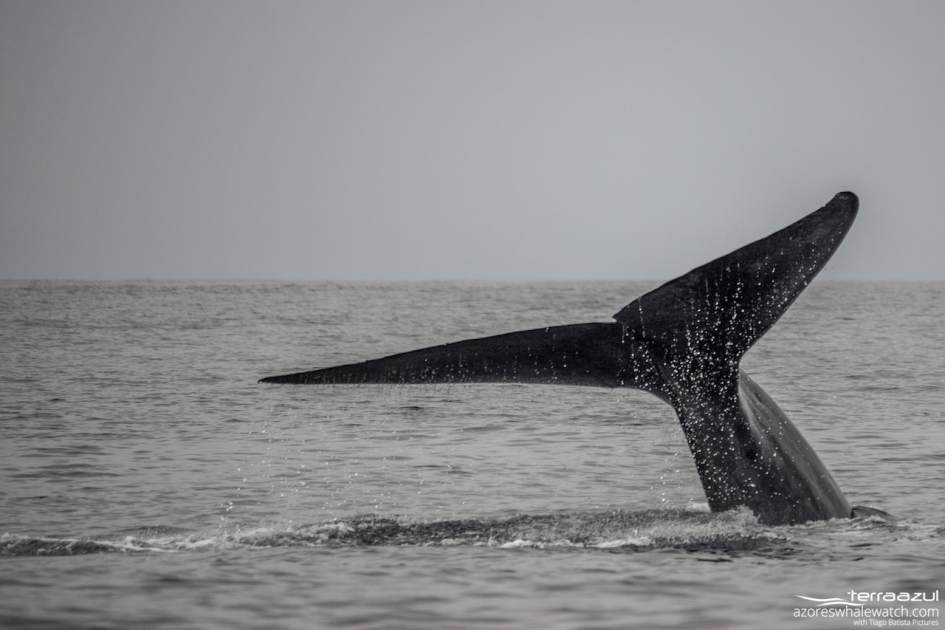 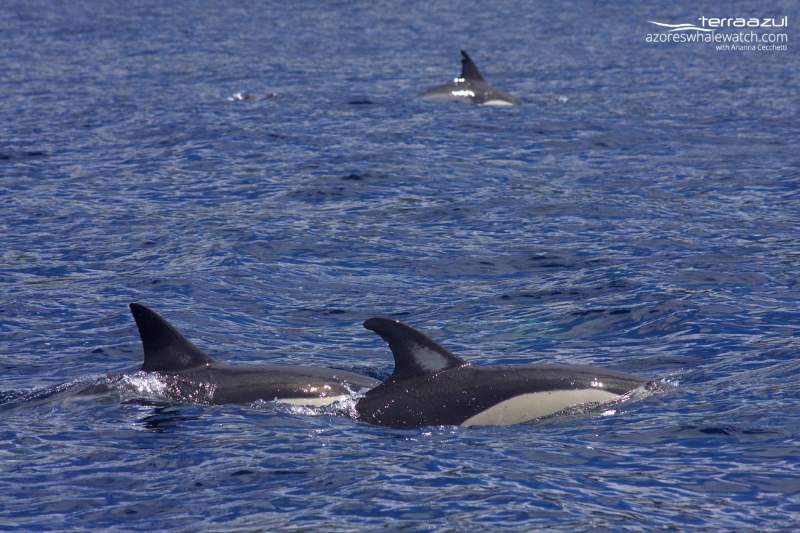 Well, not only the morning was great today 🙂 In the afternoon we saw again blue and fin whales. Two blue whales were at first mixed with one Fin whale while foraging. Later three fin whales appeared in the same area, resting together before starting to feed again. Their powerful blows could be heard breaking the silent of the still ocean. Just before leaving the baleen whales, we were offered a special sight, a beautiful fluking Blue whale. The majestic animal raised its tail up and slightly sideway, a truly special moment as they do not often show their tail while diving 🙂

The striped dolphins were still in the area, fast and elusive travellers making it difficult to take pictures, while the Common dolphins were resting. Both groups were tight, though, making it easier to follow and to enjoy the sighting.

We really had good time enjoying nature at its best!