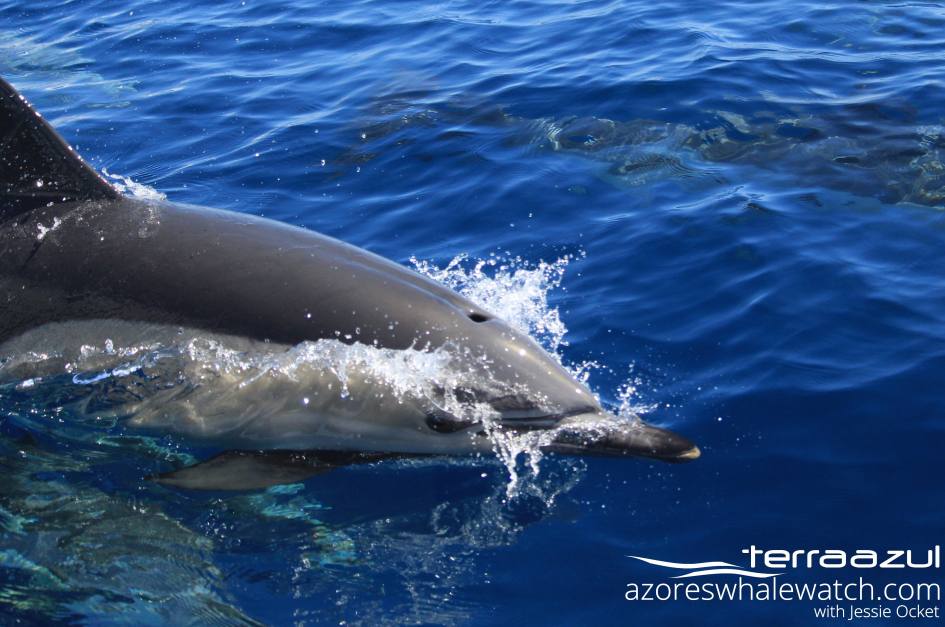 We use to say in our briefing that the Ocean is not a marine thematic park or a zoological garden… this is true indeed! However, sometimes in the area of a few football fields, we have the chance to encounter several different cetacean species as today happened!

We did not have to get 500 meters out from the marina of Vila Franca do Campo to be surrounded by a large pod of Common Dolphins (Delphinus delphis).

Not too far we spotted a few blows and some tall dark dorsal fins…no, not Orcas 😉 but large Bottlenose Dolphins (Tursiops truncatus), as we could appreciate when two adults approached our boat! They were most likely belonging to the offshore ecotype. That is, two distinct ecotypes of this species are recognized by the scientific community. In spite of being genetically the same species, the two ecotypes seem to not mix together and tend to prefer different habitats. Coastal Bottlenose Dolphins are distributed close to shores and shallow waters, while offshore Bottlenose Dolphins inhabit open ocean areas. 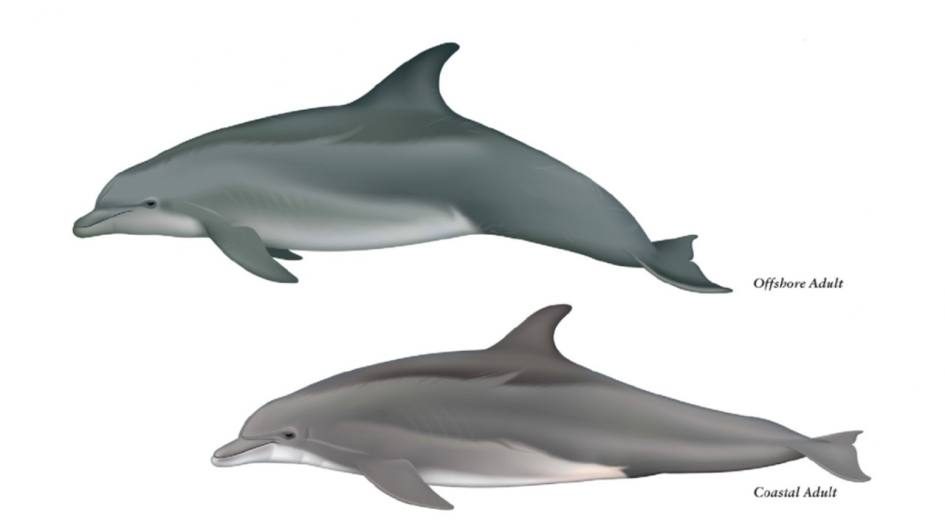 While following Bottlenose Dolphins, we stumbled across some Atlantic Spotted Dolphins (Stenella frontalis). Initially was a small group of few juveniles, but further away we spotted some frenetic bird activity: a feeding frenzy! Cory’s Sherwaters (Calonectris borealis) were fighting over fish as the dolphins were chasing the fish at the surface. Soon we were surrounded by more than a thousands Atlantic Spotted Dolphins, socializing and resting around Terra Azul boat.

On our way back to shore, we even had the chance to observe a juvenile Loggerhead Turtle (Caretta caretta) that quickly took a deep dive! 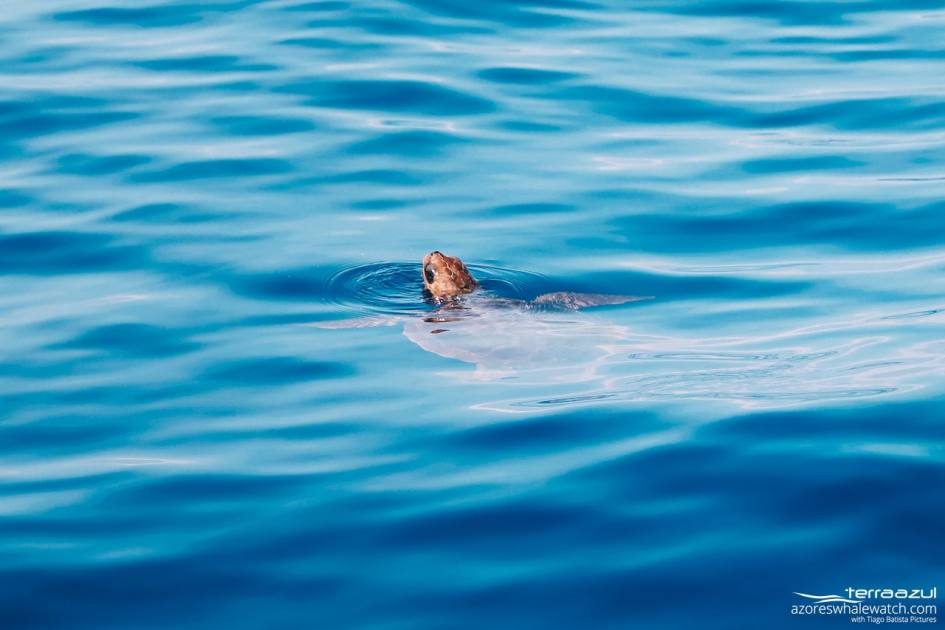